A group of powerful Republican senators wants to make sure the bailout program being administered by BlackRock Inc. on behalf of the federal government won’t leave fossil-fuel companies behind.

The U.S. government , the world’s largest asset manager, to become the buyer of corporate bonds as part of a $454 billion effort to bail out companies hit by the coronavirus lockdown. That triggered a letter from Greenpeace, Sierra Club, 350.org and other environmental organizations on March 27 urging Federal Reserve Chairman Jerome Powell to weigh climate risk in its guidelines for BlackRock as it decides what sectors of the economy get financial support.

Now, in a letter sent Tuesday, a group of 17 Republican senators, including James Inhofe of Oklahoma and Ted Cruz of Texas, are asking Powell and U.S. Treasury Secretary Steve Mnuchin to ensure that fossil-fuel companies aren’t excluded from the bailout program being administered by BlackRock.

The pandemic has created an unprecedented upheaval in the global economy. With governments around the world pouring huge sums of money into propping up struggling companies, climate advocates see an opportunity to speed up the transition to clean energy and make entire industries . Republican lawmakers have opposed this encroachment from environmental groups, pushing back and so far in separating stimulus spending from climate concerns. 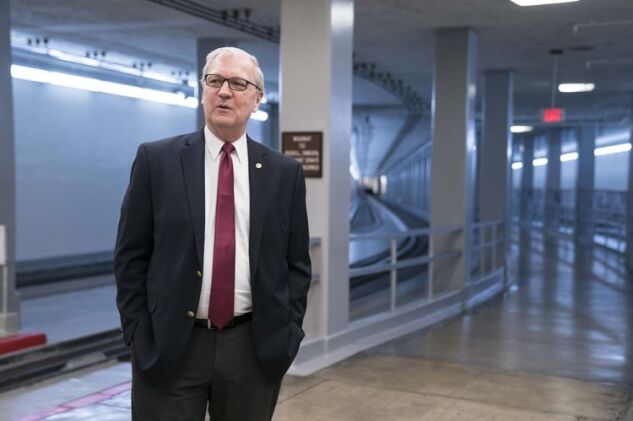 Led by Kevin Cramer, Senator from North Dakota, the group of Republican lawmakers seeking to safeguard fossil-fuel companies in the bailout draws heavily from states with concentrations of coal, oil, and gas extraction. Wyoming Senator John Barrasso, who also signed the letter, heads the Senate Environment and Public Works Committee.

The letter calls for the Fed to ensure the relief program is “broad and flexible” and asserts that companies in the “energy and transportation sectors” deserve support. But the message appears particularly concerned with the possible exclusion of coal companies, noting that BlackRock decided to exclude any company from its if it derives more than 25% of its revenue selling coal used in power plants. BlackRock has more than $7 trillion under management, although much of that is in passive holdings. A representative for the company declined to comment on the senators’ letter.

The flurry of exhortations are meant to influence the Fed’s planning, which has yet to be set in stone. Although the U.S. central bank is dedicated to buying newly issued corporate bonds, existing investment-grade bonds, and exchange-traded funds based on highly rated debt as part of its economic-relief efforts, it hasn’t laid out which specific sectors or companies will get the program’s attentions.

BlackRock Chairman Larry Fink shook the finance establishment in January when he called for a “fundamental reshaping of finance” in response to global warming. Last month he used his letter to shareholders to argue that the pandemic should be used by investors as an “opportunity to accelerate into a more sustainable world.” Within the environmental community, however, BlackRock isn’t always seen as a steadfast ally. The move to exclude coal companies from some investments drew ire from those who didn’t think the world’s asset manager .

BlackRock was responsible for a similar, smaller bond-buying program on behalf of the Fed during the 2008 financial crisis. Even back then, some Republicans raised objections to selecting the asset manager. But it won out because Fed’s expertise is setting big-picture monetary policies, whereas firms like BlackRock are able to assess and manage different kinds of debts, such as corporate bonds.

On Tuesday, BlackRock also to develop strategies for including sustainability in the European Union’s banking system. The asset manager beat out eight other bids, and over the next year will help incorporate environmental, social, and governance (ESG) measures in the EU banks’ processes for managing risks and assessing investment policies.