Platform Hidalgo, an offshore oil and natural gas drilling rig operated by Plains Exploration & Production Co., stands in the Point Arguello field of the Santa Maria Basin off the coast of California in 2010.
Photographer: Chip Chipman/Bloomberg

Most oil and gas drilling in the U.S. happens outside of the federal footprint. But both political parties are putting America’s public lands and waters in the crosshairs of one of the generation’s most significant energy and geopolitical crises.

Energy production on America’s vast public lands and waters hadn’t attracted such scrutiny on the world stage until the Ukraine invasion, according to lawmakers and former administration officials from both parties.

Now, the fossil fuel industry and many Republicans cite the war in Ukraine, rising energy prices, and a reliance on foreign oil as indicative of the Biden administration’s reluctance to boost domestic energy production. Democrats and the environmental community are punching back against that narrative, urging President Joe Biden to protect those lands from more drilling.

In the end, both parties may be exaggerating how much influence the president has in either boosting U.S. oil and gas leasing, or curbing it. 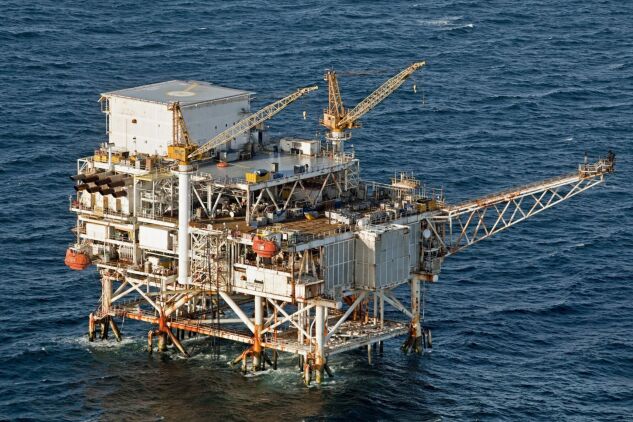 Platform Hidalgo, an offshore oil and natural gas drilling rig operated by Plains Exploration & Production Co., stands in the Point Arguello field of the Santa Maria Basin off the coast of California in 2010.
Photographer: Chip Chipman/Bloomberg

Biden campaigned on ending fossil fuel development on federal lands and waters, and issued a temporary moratorium on new drilling leases shortly after taking office in 2021. But court decisions, pushback from the oil and gas industry—and now war—are making it difficult to keep that pledge pure.

“This idea that there is no drilling happening on federal lands is inaccurate,” said former Sen. (D-N.D.), who supports responsible and environmentally safe domestic natural gas production and is on the leadership council of the Natural Allies for a Clean Energy Future. Also inaccurate, she said, is the idea that in “one year the Biden administration has somehow upended American drilling and exploration” through its policies.

In fact, the Biden administration in its first year approved 3,557 permits for oil and gas drilling on federal lands, about 34% more permits than what the Trump administration greenlit during its first year in office, according to the Bureau of Land Management. At the end of last year, there were 9,137 permits available to drill on federal and tribal lands, BLM data showed.

A relatively small percentage of federal acreage is committed to oil and gas drilling, compared to fossil fuel production on state and private holdings. Only about 10% of total onshore drilling occurs on federal lands, while federal waters of the Gulf of Mexico accounted for about 15% of U.S. crude oil in 2020 and 2% of domestic natural gas production, according to the U.S. Energy Information Administration and the Bureau of Ocean Energy Management.

Of course, those parcels are still valuable. In calendar year 2021, federal onshore and offshore revenue from oil and gas totaled about $10 billion, according to the Office of Natural Resources Revenue.

But Republicans and industry are committed to unleashing more domestic production overall, including on public lands where the federal government has the most authority.

“We need to start the leasing on federal lands,” said the Energy and Commerce Committee’s top Republican, (Wash.). Rodgers’ remarks came during a March 8 press conference on a bill she sponsored () to revive the Keystone XL pipeline, which Biden canceled in January 2021, and to reverse the pause on new fossil fuel leasing on public lands and waters.

At the same time, progressive Democrats in the House are pushing Biden to make permanent the pause on new fossil fuel production on federal lands; the Interior Department is supposed to issue its draft five-year plan on offshore drilling in June.

To be sure, partisan brawls and messaging over oil and gas drilling on federal real estate aren’t new, said House Natural Resources Chairman (D-Ariz.). What Russia’s invasion of Ukraine has done is provide Republicans and industry with “a phony rationale to push something that wasn’t able to be done legislatively or administratively even under Trump,” Grijalva said, referring to more fossil fuel development on public lands and waters. It’s also an attempt to “stall the inevitable movement toward renewables,” he added.

Grijalva invited the chief executive officers of , , and Corp. to testify at an April 5 hearing on the industry’s push to increase production on federal lands and waters, as well as what it can do to ease rising energy costs. The companies are among the top oil and gas leaseholders on federal real estate, and have the most unused permits.

“Oil and gas companies already have leases the size of Indiana,” said Sen. (D-Mass.) earlier this month on the Senate floor, blasting the industry for “squatting” on Americans’ land to drive up prices to make bigger profits.

Republicans including Rep. (Ark.), the top Republican on the Natural Resources Committee, and Rep. (La.) have pushed back on Democrats’ arguments that companies are sitting on permits to price gouge. “A permit doesn’t necessarily mean it can be turned on tomorrow,” Graves said in a recent interview. Also, the well could be a “dry hole” with no oil and gas, or a poor-quality reserve, he said.

Industry groups have complained about longstanding red tape and litigation involved in the federal leasing and permitting processes, and criticized the administration for what they view as pandering to environmentalists about a completely fossil-fuel free future.

“If people could drill, they would be drilling,” Westerman said. “We have supply chain shortages and labor shortages that are affecting that too.”

Kelly Johnson, a partner at Holland and Hart and former George W. Bush administration official, agrees that extracting oil and gas from federal lands and waters is typically complicated, lengthy, and costly.

“You have a lot fewer hurdles to go produce from private or state lands than you do from federal lands,” said Johnson, who is also a former Senate Energy and Natural Resources Committee aide.

BLM and the Bureau of Ocean Energy Management are required by law to hold lease sales on approved parcels and planning areas within the outer continental shelf. Companies bid, the government awards leases, and then the leaseholders put in an application for permit to drill. The ADP process takes a minimum of 30 days.

Sometimes the government approves permits quickly, and sometimes the process, which often is opaque, drags out. There must also be public notice and environmental assessments. A lease lasts 10 years and can be extended. Johnson said companies keep leases to give them more options, with decisions dependent on price.

Beyond the bureaucratic hurdles, Graves slammed the administration’s regulatory agenda as a “flawed energy strategy” that is causing volatility in the markets. The U.S. banned Russian oil and other petroleum products without having a good backup plan, hemmed in by Democrats’ public opposition to the oil and gas industry, he said.

“The problem is, to some degree, how do you walk back whenever you’ve called the oil and gas energy environmental criminals and thugs?” he asked.

Yet Biden’s attempts to ban new federal oil and gas leases on public lands have been stymied by courts and regulatory requirements.

First, a Louisiana federal judge in June 2021 blocked Biden’s moratorium on new federal oil and gas leases. Then in February, Interior said drilling permits would be delayed because of a separate federal ruling against using the potential cost of greenhouse gas emissions in drilling decisions, which was later reversed by a federal appeals court. The administration shortly after said it would resume approving oil and gas permits.

Sen. (D-N.M.), an ardent conservationist from a major oil-and-gas producing state, opposes a permanent ban on all federal oil and gas leasing. “Supply-side solutions just don’t work” because they risk volatility, he said in a recent hallway interview.

“So, we can either rebuild brand new refining capacity over the next 20 years—or much more elegantly, we can shift over to EVs and electrification and get off this fossil fuel roller coaster once and for all,” Heinrich said.