Legions of lawyers are working behind the scenes on multibillion-dollar litigation over a class of human-made chemicals known as PFAS—a legal snarl so vast it’s drawn comparisons to the groundbreaking lawsuits against the tobacco industry.

Chemical companies, water utilities, and the U.S. government face a surge of legal challenges related to contamination from per- and polyfluoroalkyl substances. Nicknamed “forever chemicals” for their ability to build up and linger in the environment and human bodies long after exposure, PFAS are commonly used in cookware, rugs, and other household items.

Federal and state regulators have been slow to respond to scientific research shedding light on health hazards linked to some types of the ubiquitous chemicals. Most action in recent years has instead played out in the courts, as litigants seek to make someone pay for the damage they say PFAS has wrought. Legal analysts say the cases could ultimately cost companies billions of dollars.

Behind the scenes are insider lawyers from private firms, career government attorneys, and advocates from the environmental community who are filing PFAS-focused lawsuits, honing defenses, and hashing out settlements that will ripple across the legal landscape.

One PFAS lawyer’s story was even given the Hollywood treatment, with actor Mark Ruffalo playing the determined defense-turned-plaintiffs’ attorney Rob Bilott, who’s led a legal fight against DuPont over contaminated water in the Ohio River Valley. The litigation is widely credited with launching the PFAS liability battles taking place today.

Others in the PFAS ranks haven’t achieved the same celebrity status, but they’re driving cases with long-term impacts, shaping both legal precedent and potential settlement values. Here are some to watch:

Douglas & London PC attorney Michael A. London is at the center of two of the highest-profile PFAS battles in the country. The New York-based lawyer serves as co-lead counsel for plaintiffs in an Ohio multidistrict litigation, or MDL, that stems from the same contamination Bilott began litigating years ago. London started working with Bilott as follow-up cases began proliferating against DuPont in 2012 and 2013.

London plays the same role, co-lead counsel, in a ballooning MDL in South Carolina that features nationwide claims about PFAS in firefighting foam. 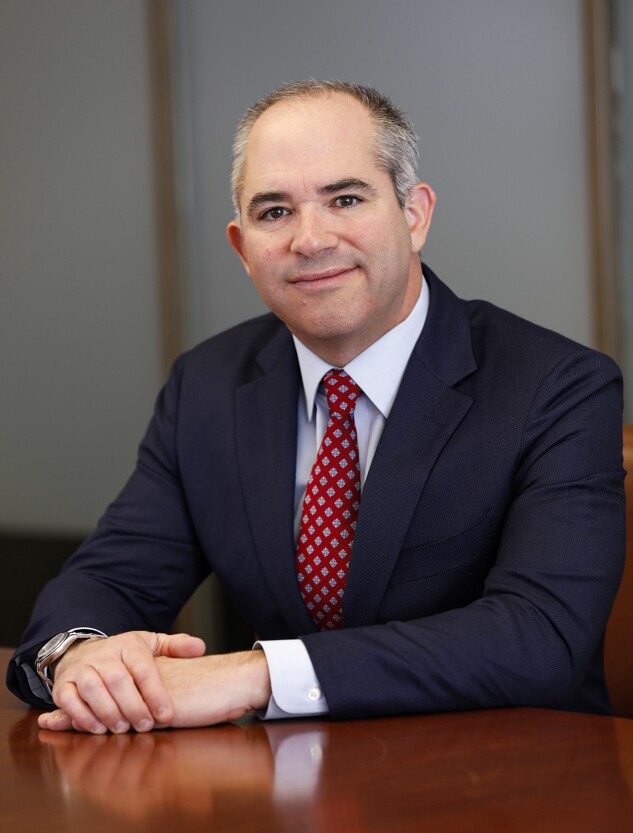 “The general themes are the same,” London said. “What the defendants knew, and when they knew it, really is a liability issue that cuts across all cases.”

As one of the top plaintiffs’ attorney in the South Carolina litigation, London is charged with “juggling everybody’s interests"—water utilities, airports, states, individual plaintiffs, and others—to present a united front in streamlined MDL proceedings against manufacturers, suppliers, and distributors of firefighting foam. The goal: to make at least a little progress on plaintiffs’ claims each day.

“What did you to today to advance that case? Oh, you didn’t do anything? Well, you better go do something,” he said, recounting the internal dialogue he says is critical to managing complex litigation. The plaintiffs are hoping to get some bellwether cases set for trial as soon as late 2021, he said.

London’s previous work has centered on pharmaceuticals rather than environmental torts. His deep dive into PFAS contamination issues is starting to hit home; he bought a carbon filter for his house’s water supply to quell his own exposure concerns.

As plaintiffs’ attorneys fan out across the country to take up compelling PFAS cases, other lawyers remain focused on what’s going on closer to home. Michigan Attorney General Dana Nessel (D) has been one of the most active state-level lawyers pursuing claims against PFAS manufacturers and users.

“What we really pride ourselves on in Michigan, more than anything else, is our natural resources, our water,” she told Bloomberg Law. “And yet, you have communities all over the state now who don’t have clean, safe drinking water, and I found that to be an outrage.” 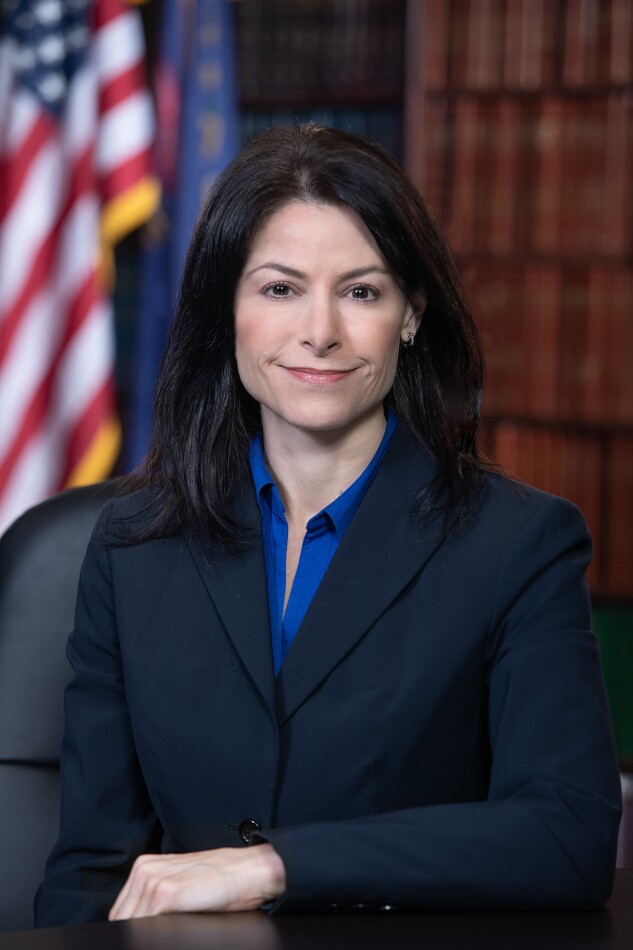 “It was one of the things really that drove me to run for office,” she said.

Michigan regulators have since set aggressive drinking water rules for certain types of PFAS, and are investigating more than 100 sites across the state. Nessel, meanwhile, has filed a series of lawsuits against 3M Co., E.I. du Pont de Nemours & Co., the Chemours Co., and hired outside firms to spearhead the litigation.

Her office reached a $70 million settlement with clothing maker Wolverine World Wide Inc. earlier this year over PFAS contamination linked to a former manufacturing site. Nessel said she’s taking aim at both manufacturers and users of PFAS because “there’s not just one component where the blame lies.”

“I subscribe to the belief that, ‘You made the mess, you clean it up,’” she said. “It shouldn’t be the taxpayers that have the burden of paying for remediation.”

Justice Department lawyer Christina Falk is on the other side of the PFAS fight, helping the U.S. government fend off claims that it should be on the hook for contamination around military bases.

Falk is on the team of top defense lawyers for the South Carolina litigation that features hundreds of cases about aqueous film-forming foam, or AFFF, a specialized firefighting material that often contains types of PFAS.

As the assistant director of the Justice Department’s environmental torts section, she is the sole federal lawyer on the defendants’ coordination committee for the case, a powerful group otherwise dominated by corporate defense attorneys. She’s responsible for making sure the U.S. government’s interests don’t get lost in the mix. 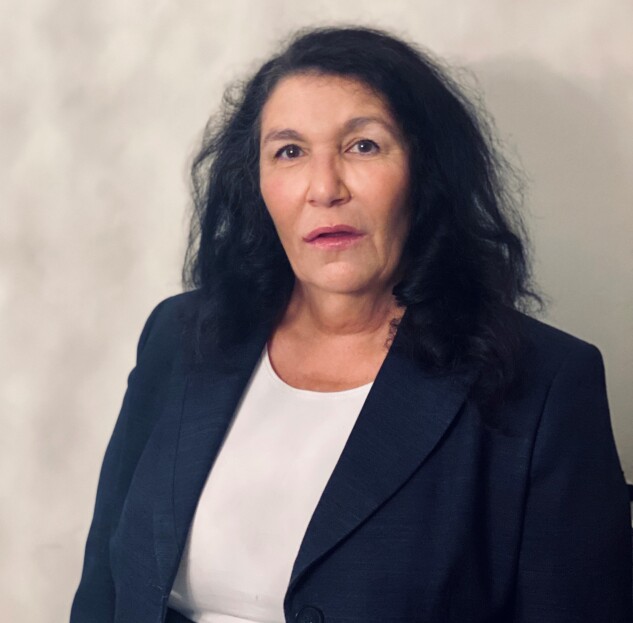 Christina Falk
Courtesy of the Department of Justice

“This MDL is particularly unusual because a lot of times an MDL will involve one particular location with many parties in it,” she said. “In this instance, the locations are literally across the United States, so the interests are very varied; the facts are different.”

Falk has worked in the environmental torts section for 30 years, racking up experience in other high-profile matters, including litigation over contaminated water in Flint, Mich., and at the Camp Lejeune military base in North Carolina.

Close attention to PFAS from Congress, the Environmental Protection Agency, Defense Department, and other corners of government doesn’t affect the way she and her colleagues approach the case, she said. “We’re plowing along as we normally would,” she said.

Earthjustice lawyer Jonathan Kalmuss-Katz is leading the charge in an often overlooked PFAS litigation front: disposal of the chemicals.

“Historically a lot of the attention has been, how do we get this out of our drinking water?” he said. “There has been relatively little attention paid to, how can we safely dispose of the PFAS that already surround us?”

Kalmuss-Katz and other advocates are working to change that. Earthjustice sued the Defense Department in February on behalf of community groups concerned about the impacts of PFAS incineration in their regions. The groups say the agency failed to consider the environmental and public health impacts of the disposal method.

“There are communities surrounding these incinerators that are suffering the consequences of the Defense Department’s incineration,” he said, adding that Black and Latino neighborhoods are disproportionately affected. 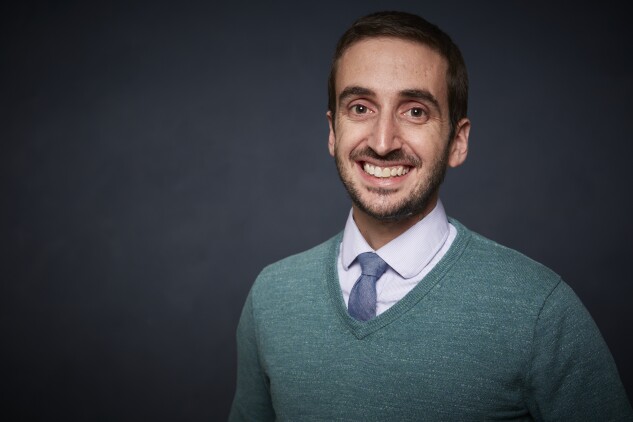 Kalmuss-Katz has a decade of experience in environmental law and has been with Earthjustice for two years, focusing on toxic exposure and health issues. While environmental nonprofits have been busy lobbying for PFAS laws and regulations, the incineration case is one of their few forays into the litigation side of the issue.

That’s because these groups generally focus on using environmental statutes as legal tools to push policymakers to craft more protective laws and regulations—rather than pursuing personal injury claims and other torts. Congress has been slow to act on PFAS, leaving few “hooks” for federal litigation, Kalmuss-Katz said.

The Earthjustice case hangs on one of those few hooks, alleging the Pentagon violated the National Environmental Policy Act by not considering the impacts of its decision to incinerate PFAS. And more legal action is likely on the horizon, Kalmuss-Katz said.

“When you think about the magnitude of the PFAS problems that our country is facing right now, it’s issues like this that are the reason that environmental lawyers go to law school,” he said.

3M, DuPont, and other companies facing PFAS-related litigation have turned to the nation’s biggest law firms to lead their defense.

Mayer Brown LLP partner Michael A. Olsen is one of the top players on that side. The Chicago-based lawyer began representing 3M in individual cases in 2018, and is now quarterbacking the defense strategy in the complex firefighting foam MDL in South Carolina.

He serves as defendants’ co-lead counsel in the case, coordinating the work of lawyers for dozens of different companies and other entities facing claims.

Olsen didn’t respond to interview requests for this story. In a video on his firm’s site, he described his approach in an unrelated case to earning the trust of a big client during yearslong proceedings.

“It’s essential to have trust,” he said. “And the way you build that trust is through the depth of the relationship—keeping the client apprised of what’s going on, and making sure they have the faith in what you’re doing, and why you’re doing it, and how you’re doing it.”

—With assistance from Alex Ebert.