Listen to the story here .

A floating mat of muck on the surface of Georgia’s Okefenokee Swamp, home to rare carnivorous pitcher plants, blooming lilies and countless alligators and insects, looks like any other patch of mud from a distance.

Jumping off his skiff and onto the unsteady mass on a sunny May morning, naturalist Chris Adams called it a “blowup"—the result of the rotting swamp floor belching years of accumulated plant matter, or peat, to the surface.

Peat helps the swamp act like a giant sponge for carbon dioxide from the air. As long as the Okefenokee remains wet and intact, it could one day be used to help companies offset their carbon emissions to reduce their contributions to climate change, Adams’ boss Kim Bednarek said.

But that’s only possible if the swamp avoids being dried out by a proposed Twin Pines Minerals LLC titanium mine nearby.

The U.S. Fish and Wildlife Service and environmental groups worry scientists have not thoroughly studied whether Twin Pines’ mine, planned for the ridge top, would allow Okefenokee’s waters to seep through the ridge and eventually dry out the swamp. pic.twitter.com/OVWpygqFwt

Scientists fear the mine could dry out the swamp and fuel intense wildfires that could add carbon dioxide to the air instead of absorbing it. Though local county officials support the mine because of the jobs it creates, some locals think it poses too much of a risk to the Okefenokee.

“This is not only an irrecoverable carbon sink, it’s also a carbon bank,” said Bednarek, executive director of the Okefenokee Swamp Park, which manages public access to the Okefenokee National Wildlife Refuge for the U.S. Fish and Wildlife Service. 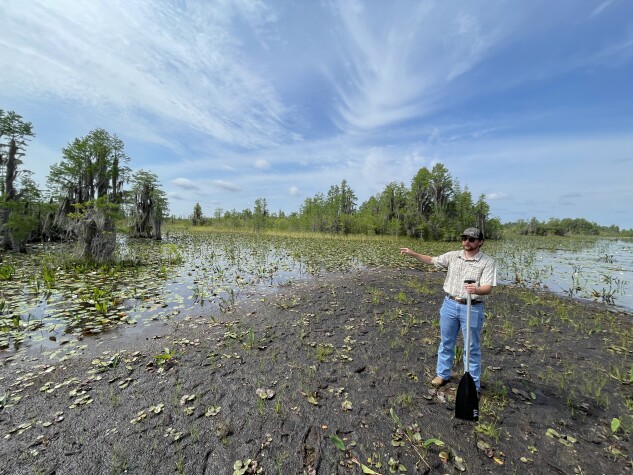 The struggle over whether to allow mining near the Okefenokee is at the center of fights nationwide over the Trump administration’s move last year to remove federal jurisdiction over ephemeral streams and many other wetlands previously considered waters of the U.S., or WOTUS.

The Trump administration rolled back an earlier Obama-era rule protecting more wetlands because Trump said it was as an example of government overreach harmful to farmers and ranchers, and costing the country jobs.

‘Firing Up the Bulldozers’

The Trump administration’s new Navigable Waters Protection Rule took effect in June 2020. By October, the owner of the proposed mine, Twin Pines LLC, had paperwork in hand from the Army Corps of Engineers declaring that the wetlands it plans to fill were no longer under federal control, said Ashley Peck, a partner at Holland & Hart LLP in Salt Lake City.

Permitting for the proposed mine is now exclusively in the hands of the Georgia Environmental Protection Division. 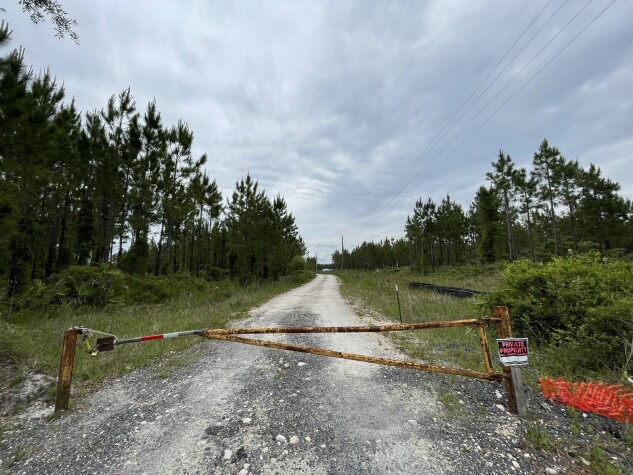 The company denies it’s pushing agencies to fast-track its paperwork ahead of any potential move by the Biden administration to revise the Trump rule, or by a court to toss it out.

“We are not going to change our approach to the permitting process based on speculation about what might or might not happen,” said Twin Pines President Steve Ingle, speaking via email through Atlanta-based public relations firm Cookerly PR.

But environmental attorneys say they’re advising clients to do what they can to push projects like Twin Pines through state permitting processes. The sooner they move dirt, the sooner they may be inoculated against a future shift in policy, lawyers say.

“If I were a company, that’s what I would do—I would be firing up the bulldozers,” said Mark A. Ryan, a former EPA water attorney who is now a partner at Ryan & Kuehler PLLC. 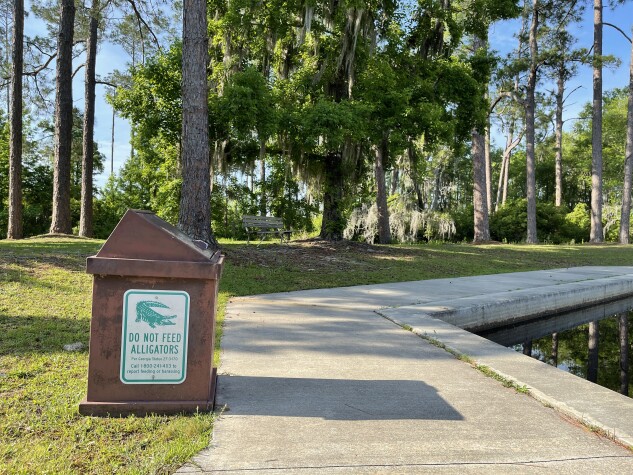 Twin Pines plans to fill formerly federal wetlands about three miles southeast of Okefenokee, where the company is proposing to mine the sandy Trail Ridge, which is about 150 feet above sea level and helps to contain the swamp on one side.

Planned for the part of southeast Georgia that juts into northeast Florida not far from Jacksonville, the mine had been originally proposed to sprawl across about 12,000 acres. But after public and federal agencies—including the Environmental Protection Agency—raised questions about how the mine would affect the Okefenokee’s hydrology, Twin Pines reduced its proposal to a 577-acre demonstration mine to show that mining there can be done safely.

“The small mining footprint now proposed as a demonstration mine is for the purpose of proving that we can mine in an environmentally sound way on Trail Ridge,” Ingle said.

Over a span of 20 years, Twin Pines, an Alabama-based mining company, would use a drag line to remove about 50 feet of sand from the ridge. The mine would employ up to 400 people to produce titanium and zirconium, rare metals used in pigments and components for aircraft, mobile phones, medical devices and other technology.

Titanium mineral concentrates are rare in the U.S., one of the world’s smallest producers. China produces the most, but U.S. imports mostly come from Australia and South Africa, according to the U.S. Geological Survey. 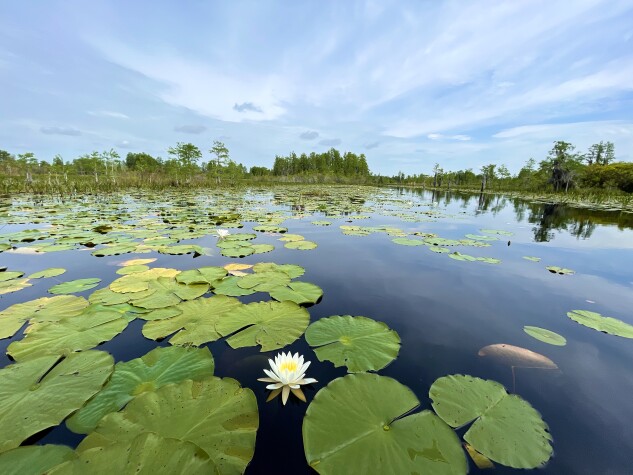 The Okefenokee Swamp is the headwaters of the St. Mary’s and Suwannee rivers in Georgia and Florida.
Photographer: Bobby Magill/Bloomberg Law

Twin Pines denies the mine will have any effect on the swamp, but neither the federal nor state governments have completed a thorough study.

State officials usually use environmental studies conducted by federal agencies to support the state’s permitting process, but the Trump rule removed that support, said Bill Sapp, a senior attorney at the Southern Environmental Law Center, which is representing groups challenging the Trump rule in federal court.

“We hope that the EPD will draw in the necessary resources to do a comprehensive analysis here,” Sapp said.

The Georgia Environmental Protection Division has no specific timeline for permitting the mine, and the state’s review of Twin Pines’ permit applications will be “thorough,” spokesman Kevin Chambers said. 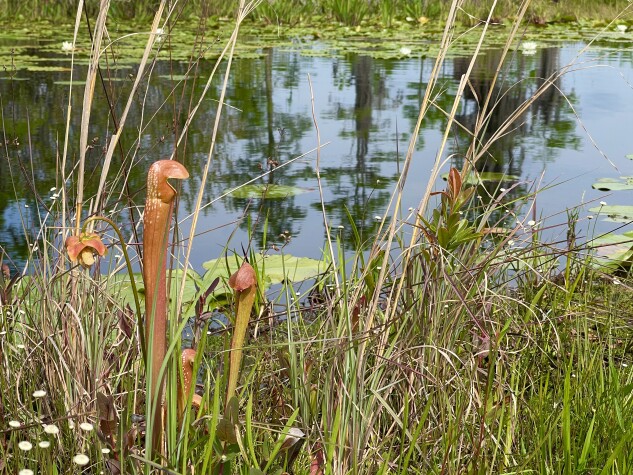 Twin Pines has spent about $445,000 lobbying Congress and the Army Corps since 2019 regarding its mining permit in Georgia, according to federal lobbying disclosures. However, Army Corps spokesman Billy Birdwell said the Corps is not aware of any of Twin Pines’ lobbying.

The company’s permit application was already being processed when the Trump rule took effect, he said, and jurisdictional determinations associated with pending permits are often quickly processed.

It’s almost inevitable that the Biden administration will at least revise the Trump rule, but as long as Twin Pines has the Army Corps’ declaration that the wetlands it intends to fill there aren’t federal, “they’re safe” from future jurisdictional shifts, said Ryan, the former EPA water attorney.

Ingle said he expects the legal and political landscape to shift, and Twin Pines will “adapt as needed.” 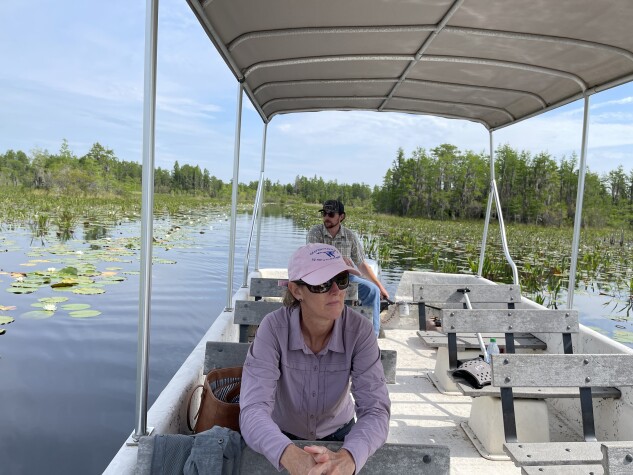 With the federal government out of the permitting picture, Sen. and Sen. in April asked the Fish and Wildlife Service to study whether the Twin Pines mine would harm Okefenokee.

Refuge officials declined to comment. Fish and Wildlife Service spokeswoman Vanessa Kauffman said the agency doesn’t have a formal role in mine permitting, but will “provide expertise” to support the permitting process.

However, Fish and Wildlife Service officials wrote in 2019 that they were concerned that the sand removal and processing on Trail Ridge could dry up the swamp and increase wildfire frequency there.

“This will likely change its properties and the hydrology of the area,” Fish and Wildlife Service officials told the Army Corps of Engineers. “We have many questions as to how dramatic and far-reaching this change will be.” 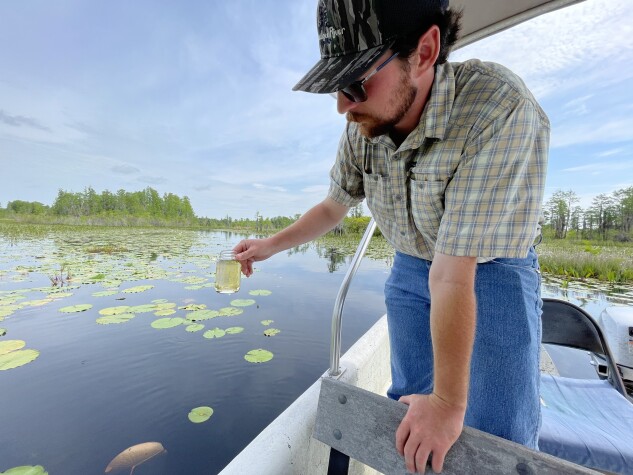 Despite the questions, local officials say they support the mine because it would be built in a poor county—Charlton County, Ga.—where the poverty rate is nearly 25%, according to the Census Bureau.

Charlton County tied with one other for Georgia’s lowest unemployment rate in 2020—3.8%, according to the to the Bureau of Labor Statistics. By comparison, Fulton and DeKalb counties, which include Atlanta, both had an unemployment rate of 8%.

But the region’s largest employers are a prison and the local school district, and the mine is needed to create middle-class jobs, said Hampton Raulerson, the Charlton County administrator.

“Anytime anybody can bring any kind of economic development, we’re open to it,” said Dana O’Quinn, director of the Okefenokee Chamber and Development Authority. “We’re just sitting back and waiting, letting experts do what experts do.”

Residents in the area successfully fought off a larger titanium mine in the 1990s when scrapped its proposal amid public outcry.

Not all locals are convinced the jobs are worth the risk the mine poses to the swamp, which is a tourism draw, a regional water source and a fount of inspiration.

“The Okefenokee is essentially a bathtub, or a basin that fills up,” Adams said. With Trail Ridge containing the swamp on one side, excess water flows out to form the Suwannee and St. Mary’s Rivers—essential water sources for northern Florida. 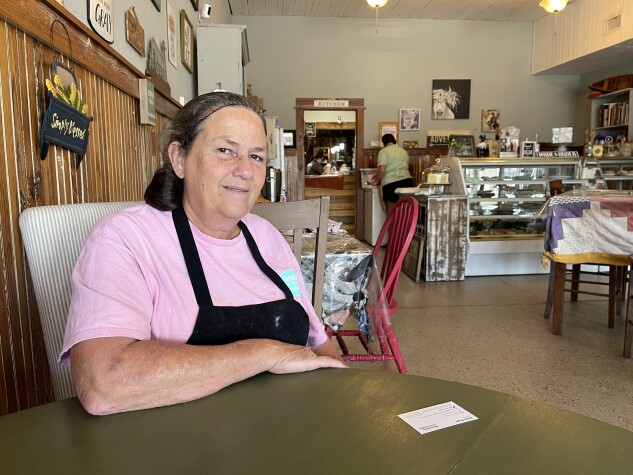 Sheila Carter co-owns the the Cane Pole Cafe in Folkston, Ga., on the eastern flank of the Okefenokee, and is an occasional canoe guide in the refuge—just like her grandfather and great-grandfather.

“They cannot 100% guarantee they will not mess the swamp up or the river,” said Carter, whose family has lived in the area for five generations. “I don’t want it,” she said of the proposed mine.

For Carter, whose business depends on both tourism and local employment, the Okefenokee represents a sense of peace found nowhere else.

“I’m a Christian,” she said. “I’m a religious person, and I can feel the presence—I tear up—of God everywhere out there. I just feel it everywhere. It’s just peace.”