Wayne Moccasin and his siblings, members of the Crow Tribe, are pondering whether they would lease their land, seen in background, to a Navajo-owned coal mining company.
Photographer: Tripp Baltz/Bloomberg Law

Wayne Moccasin turned his face into a light breeze suffused with the pungent smell of sagebrush. He pointed to a broad basin of prairie where he used to run cattle and where no trees or shrubs grow.

“Down there in that bottom the coal is only about 10 feet to 12 feet below the surface,” he said. His eyes swept up to hills that crown the 2,000 acres of land in southeast Montana once owned by his grandparents. “They’re going to strip mine over to them pines. Fifty years; they got enough coal here for 50 years.”

His voice carried a hint of regret. “When they mine this land it’s going to change a lot of things … a way of life. You know, like me, I’m a rancher, not a coal miner …” He stares off in the distance. “If I sign, they’ll mine.”

The decision facing Moccasin and his seven sisters is one of hope, but at what price.

They’ve been involved in negotiations on whether or not to lease their land on the Crow Indian reservation for a surface mine that would dig up 22 million tons of coal a year, to be sold primarily to overseas markets. It involves trade-offs between desperately needed jobs and economic development for one of the poorest U.S. tribes and the environmental toll of surface mining; and between their own fortunes and those of a second Indian tribe that would look to profit from their land.

Among the other assets was the rights to develop a prospective mine named Big Metal, after a major figure in Crow mythology. It involves a lease Cloud Peak signed with the Crow in 2013 for up to 1.4 billion tons of sub-bituminous coal on the reservation, which would make it one of the largest coal mines in the world measured by reserves. Much of that acreage lies under the Moccasins’ land, hundreds of miles from the Navajo Nation—assuming the mine ever gets built. 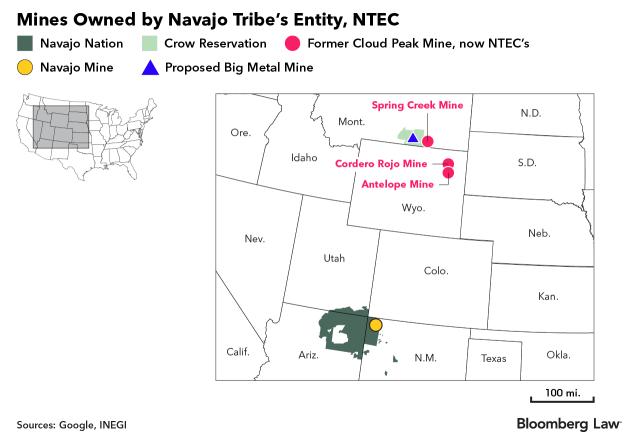 The Crow are poor even by the living standards of many Native Americans on reservations. It is many millions in the red. In June 2018 the federal government faulted the tribe—for the second time in less than two years—for being unable to account for $14.5 million it received for transportation programs.

Poverty on the reservation can be seen everywhere, with tattered buildings, litter-strewn dirt roads, and abandoned homes. Opioid addiction and missing and murdered women are the major problems facing the people, Alvin “AJ” Not Afraid, Jr., the tribe’s chairman, said in an interview. So is alcoholism, even though the reservation has been officially dry for more than 150 years.

Native Americans in Montana are five times more likely to be reported missing than any other group in the state. Virtually every member of the tribe can name a relative who has gone missing. The body of Selena Not Afraid—a relative of the chairman—was found in mid-January, three weeks after she was reported missing.

The Crow once operated a casino. But it couldn’t serve alcohol, and in 2017 it was closed for violating gaming regulations. An economic development plan introduced in the Crow Legislature to bring back the casino by issuing it a special-user permit so it could serve alcohol hasn’t advanced, said Cordell Stewart, director of public relations for the Crow tribe.

Outside the abandoned gaming hall stands a lonely marquee sign, its neon lights flickering faintly at night. Up the hill is a café that serves fry bread, flat dough bread deep-fried in oil. At the top of the hill is the entrance to Little Big Horn National Battlefield, where Gen. George Custer staged his Last Stand.

The tribe’s executive offices were destroyed in a fire in March 2019. The tribe’s emergency services department tried to douse the fire at the building’s roof until running out of water. A sign in the current offices reads: “We apologize for the inconvenience but at the current time, there are no funds for Emergency Assistance.”

Coal mining is the tribe’s main source of revenue. A handful of tribal members work at the Spring Creek Mine just east of the reservation in Decker, Mont., and many more are employed at the Westmoreland-Absaloka Mine on former reservation lands, about 30 miles west of Hardin, Mont.

That mine generates about $15 million a year in revenue for the Crow, which makes up the bulk of the tribe’s budget, Not Afraid, Jr., the tribe’s chairman, said.

The Westmoreland mine site sits on a 2,000-year-old sacred prehistoric bison kill site with countless bones and thousands of projectile points and stone tools. A backhoe was used to dig up the killing ground to make way for the mine, causing $10 million in damage and desecrating the site in violation of federal law.

Cloud Peak designed the Big Metal project to create jobs and opportunities for the Crow. But along with any jobs would come the environmental effects of surface mining: soil erosion, despoiling of rivers and streams, and toxic dust.

Adding to the quandary facing the Moccasins is the doubt about whether Big Metal will ever get developed. Given the collapse of coal markets that have led to bankruptcies and closures of numerous mines, analysts say the project is on shaky ground.

“The idea that any company is going to spend a significant amount of capital building a large, new coal mine seems like wishful thinking at this point,” he said. “NTEC will have its hands full making product at its existing mines. My guess is one of the many losers in the Cloud Peak bankruptcy is going to be the Crow Indians.” 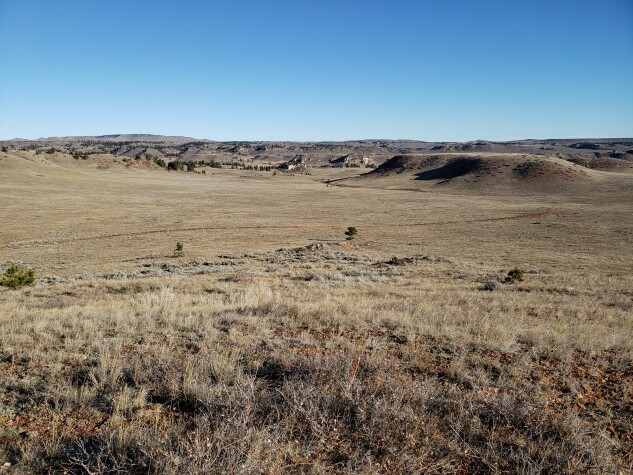 Crow Indian lands where surface mine and new roads would be built if Navajo-owned company proceeds with envisioned project.
Photographer: Tripp Baltz/Bloomberg Law

Big Metal is an un-mined development project that came to NTEC as part of the auction of the Cloud Peak assets, NTEC spokeswoman Catie Kerns said in an email. It continues to be assessed by NTEC’s management as the company goes forward.

“At present we are focused on optimizing operations in the existing mines,” Kerns said.

The company says it received multiple awards for cleanup and restoration at its Navajo Mine, the only one it owned prior to the Cloud Peak purchase.

A website that Cloud Peak maintained for Big Metal, with descriptions of the project and the benefits for the Crow, went dark in autumn 2019.

Not Afraid, who said he supports the tribe developing its coal, oil and gas, and renewable energy resources, said he hopes NTEC will eventually open Big Metal. He believes the Crow would have a good working relationship with the Navajo “given they are an indigenous people.”

Cloud Peak offered Wayne Moccasin and his seven sisters $4.7 million in combined signing bonuses and leasing rates for the use of their land for 50 years, according to Kim Cannon of Davis & Cannon LLP in Sheridan, the attorney for the Moccasin family

The family turned it down, in part because they suspected the company was giving a better price to a nearby ranch owned by non-Natives, Cannon said. There has been no subsequent offer from NTEC, he said Tuesday in a phone interview.

There’s some uncertainty as to who owns the coal under the Moccasins’ land—the family or the tribe. The Crow had signed a deal with Cloud Peak for land it owns, and the coal underneath it. Still, there’s no dispute that the Moccasins own the surface itself, and that NTEC has to reach a deal with them to be able to carve roads and build the mine. The family’s main worry is “being taken advantage of,” Wayne Moccasin said.

They’re not opposed to coal mining. In fact, Connie Moccasin, one of the seven sisters, criticized the state of Montana’s temporary decision to close Spring Creek, one of the Cloud Peak mines NTEC acquired, out of concern that the Navajo corporation would claim tribal sovereign immunity from lawsuits over environmental issues.

Shutting down Spring Creek mine permanently would be “really evil,” she said.

Still, they wonder whether the land of their ancestors will ever be the same if Big Metal is built.

“If they strip mine this, what’s going to happen to our water down there?” Wayne Moccasin said. “If they start way back maybe on that hillside, and run it over there, they might have to dig a canal. When they get done, they should put it all back and fix it so they run the water where it was originally.”

In the end, it still comes down to money.

“Might as well get rich while you can,” Connie Moccasin said. “Taste wealth, for once.”

To contact the editors responsible for this story: at bkohn@bloomberglaw.com; at cmccutcheon@bloombergenvironment.com