Chicago’s new sustainability chief grew up on the city’s Southwest Side, once known for the many steel mills that polluted the air.

“There’s a tremendous opportunity to impact the daily lives and vibrancy of our community residents. The decisions we make, or don’t make, impact the lives of our neighbors,” Tovar said in an interview shortly after starting her job in June as a liaison between Mayor Lori Lightfoot’s office and community organizations to establish and enforce environmental policy.

“The plan is to center our climate and sustainability agenda around racial and environmental justice, and ensuring climate-vulnerable communities are our priorities,” Tovar said.

Residents there want answers on concerns such as air pollution, lead in tap water, flooding damage and a lack of community input on land use, she said. 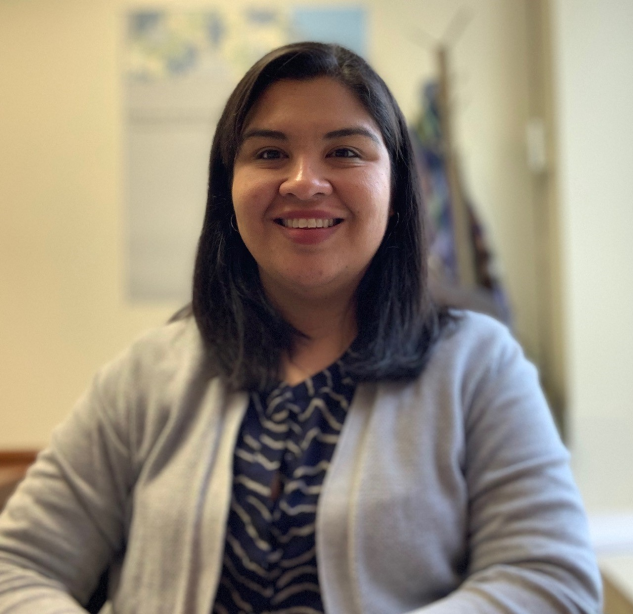 Lightfoot campaigned in 2019 to restore the city’s Department of Environmental Protection, which was disbanded due to budget cuts by her predecessor, Mayor Rahm Emanuel, in 2011. Appointing Tovar was a first step.

Lightfoot also was one of 461 U.S. mayors in the network Climate Mayors who wrote to congressional leaders Wednesday calling for a new economic recovery package “that takes direct, strategic steps to lift up our most vulnerable residents and communities.”

For now, though, Tovar is a one-woman office. Chicago still has a budget deficit, and the environment department hasn’t been restored.

“One single position or a small group of people is not enough,” Jennifer Walling, executive director of the Illinois Environmental Council, a coalition of local environmental groups, said. “If this is something that is going to replace that campaign commitment, we’re going to need to see someone that has authority, oversight responsibility, has the power to make a difference on environmental issues.”

Tovar doesn’t have direct oversight responsibility, but she’ll work with regulatory agencies such as the Chicago Department of Public Health.

Walling said there have been fewer inspections of facilities and less enforcement of environmental regulations since the city environment department closed. She added she’s eager to see what resources and staffing follow Tovar’s appointment.

Sustainability as a Job

Sustainability officers in cities such as Los Angeles and Newark, N.J., as well as Chicago are important because they can coordinate across local government departments, Cooper Martin, director of sustainability and solutions at the National League of Cities. said. Tovar’s effectiveness will depend on whether she can convince the mayor to set ambitious targets, he said.

Tovar has some experience working with mayors. In New York, she coordinated with the mayor’s office as director sustainable policy and research at Sustainable South Bronx and director of community development at The POINT CDC, a nonprofit organization dedicated to youth development and the revitalization of Hunts Point in the Bronx.

And as program manager for environment and sustainability initiatives for Cook County, which includes Chicago and the surrounding area, Tovar recruited University of Illinois at Chicago students to analyze data of the communities most affected by environmental issues. They used the data to make visuals to help officials find ways to address historical inequities.

“If anybody’s going to have the mayor’s ear on this issue, she’s going to do it,” Deborah Stone, chief sustainability officer for Cook County’s Department of Environment and Sustainability, said.

Tovar said she also plans to uphold the city’s commitment to a robust climate change agenda.

Those plans include a green economy that aims to offer opportunities for low-income communities; upholding the city’s goals of 100% renewable energy by 2025 for public buildings, 100% by 2035 for all buildings, and the electrification of the bus fleet by 2040; and building decarbonization by reducing emissions from buildings in Chicago, which account for 70% of the city’s carbon emissions.

But the city has some catching up to do to reach its own targets. Its 2008 Climate Action Plan aimed to reduce greenhouse gas emissions 25% by 2020. Chicago achieved a 15% reduction as of 2019, a commissioned report by the Center for Neighborhood Technology found.

Climate experts also recommend strengthening green building and public transport policy, addressing water pollution in the Great Lakes, and improving recycling, which is now less than 9% of the city’s refuse.

Sticking to that plan will help communities most affected by climate change and public health issues, because clean energy will reduce air and water pollution and produce jobs in a green economy, Jack Darin, director of the Illinois chapter of the Sierra Club, said.

To contact the reporter on this story: in Washington at ayetter@bloombergindustry.com