The Trump administration is proposing to define the term “habitat” under the Endangered Species Act for the first time, according to a proposal the U.S. Fish and Wildlife Service announced Friday.

But what that definition may eventually be is unclear because the Fish and Wildlife Service is proposing two definitions—a primary proposal and an alternative. The public will have 30 days to comment on both once they are published in the Federal Register, which is expected next week.

Endangered species advocacy groups said the proposed definitions fail to account for climate change and could reduce protections for declining plants and animals whose habitat could degrade as the globe warms.

The service’s main proposal defines habitat as “physical places that individuals of a species depend upon to carry out one or more life processes. Habitat includes areas with existing attributes that have the capacity to support individuals of the species.”

The definition is meant to avoid legal ambiguity and was sparked by a 2018 Supreme Court case regarding dusty gopher frog critical habitat, Weyerhaeuser Co. v. U.S. Fish & Wildlife Service, the agency said in its announcement.

“As defined in the proposed rule, habitat contains food, water, cover or space that a species depends upon to carry out one or more of its life processes. This broad definition includes both occupied and unoccupied critical habitat,” the Fish and Wildlife Service’s statement says.

Scientists usually define the term as the place or environment where a plant or animal naturally lives.

The agency is floating two definitions of habitat to promote “robust conversation” and to provide “maximum transparency” to the public, service spokesman Brian Hires said Friday.

Congress never defined the term when it passed the Endangered Species Act in 1973, leaving a critical component of endangered species protection without a solid legal basis. The service said it would finally define habitat after a federal court ruling in 2018, tied to a dispute over the term, still left its definition unresolved.

Conservation and protection of habitat is key to the act, which helps plants and animals on the brink of extinction by taking care of the natural environment that is essential to their survival. The act defines “critical habitat,” but doesn’t define “habitat” by itself.

The leaked statement said the proposed definition wouldn’t affect any existing critical habitat for any species listed under the Endangered Species Act.

“Our proposed definition” of habitat “is intended to add more consistency to how the Service designates critical habitat under ESA,” Rob Wallace, assistant Interior secretary for fish and wildlife and parks, said in the statement.

“Improving how we apply this important tool will result in better conservation outcomes and provide more transparency for countless stakeholders such as private landowners, industry, and states,” he said.

Environmental groups worry a narrow official definition of the term would reduce the effectiveness of the Endangered Species Act.

Both proposed definitions fail to account for the ways climate change may shift a species’ habitat or allow for habitat to be restored, because the definitions specify that the term applies to only what exists today, Jason Rylander, senior endangered species counsel for Defenders of Wildlife, said.

The primary proposal “is more of a problem for species that lack enough areas for suitable habitat at present,” he said. “It suggests to us it may not cover areas where a species formerly occurred and where they could occur again.”

The alternative definition is even more narrow because it heightens its focus on areas where there are things that exist today that would allow a species to live there, Rylander said.

“It just ties one hand behind our back for the kinds of species that do not have enough habitat to survive,” he said, adding that he nevertheless expects neither definition to fully undermine the Endangered Species Act.

How the term might be defined was never an issue until the Weyerhaeuser ruling concerning the habitat of the dusky gopher frog. A spokesman for the wildlife service said the term was being defined in response to the ruling. 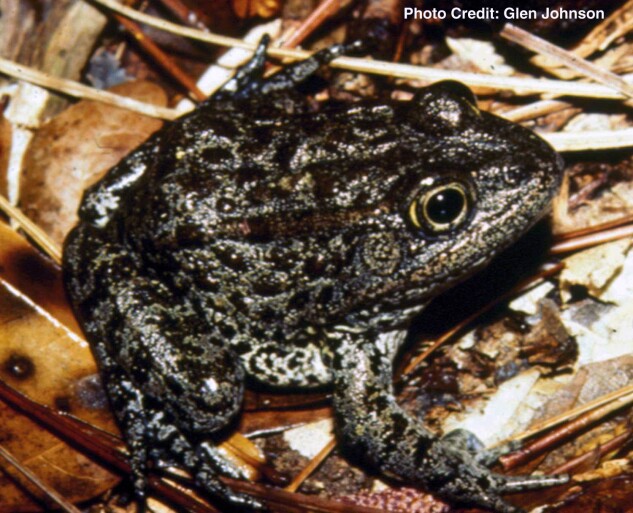 In Weyerhaeuser , the Supreme Court told the Fifth Circuit to take another look at what the word “habitat” means under the Endangered Species Act.

The Fifth Circuit had upheld the government’s decision to mark off a 1,544-acre swath of private land in St. Tammany Parish, La., as critical habitat for the dusky gopher frog, even though the frog didn’t currently live on the property.

The circuit later remanded the case to the U.S. District Court for the Eastern District of Louisiana. But the case, settled in a July 2019 consent decree that vacated some of the frog’s critical habitat, still didn’t define the term “habitat.”

“The Court’s ruling provides the Trump Administration and Secretary Bernhardt the opportunity to create a new definition that will help ensure that all areas considered for critical habitat first and foremost meet the definition of habitat,” Fish and Wildlife Service Director Aurelia Skipwith said in the leaked statement.

“We are proposing these changes on behalf of improved conservation and transparency in our processes for designating critical habitat.”