The Earth is heating up, and so is the consensus that more needs to be done about it.

Delegates from more than 200 countries met in Paris in 2015 and set a goal to limit temperature rise to 2 degrees Celsius (3.6 degrees Fahrenheit) above pre-industrial levels by 2050. Critics say, however, this is not enough and are pressuring policy makers to commit to deeper cuts than those promised for the period 2021-2030 under the Paris climate accord.

Introducing policies to cut carbon emissions, which contribute to warming, can be a challenge.

Countries that have tried to implement carbon-reducing policies like taxes have encountered fierce political resistance. The gilets jaunes (yellow vest) movement, for example, erupted over France’s continued increases in carbon taxes. One can say that political clearance to introduce strong emissions reduction targets depends on the costs of meeting the goals.

Experience with climate change programs globally shows that the costs are always lower than first assumed if markets are used. Calls for the private sector to become involved in financing emission reductions is repeated many times in the Paris Agreement, and it is difficult to find a single policy maker who disagrees.

Are markets then part of the solution? Possibly, if they are well designed.

The encouraging news is that the Paris Climate Agreement includes provisions for markets through the so-called Article 6 mechanism. Yet countries were deadlocked at the December 2018 climate summit in Katowice, Poland, over how to design these markets, and these decisions were deferred indefinitely.

So what is causing this impasse and how can it be overcome so that the critics will feel more comfortable that the Paris Agreement’s climate goals do not remain just theoretical?

One of the most critical areas of disagreement in Katowice involved the transition of projects and carbon reduction credits generated under the Kyoto Protocol, the predecessor to the 2015 climate agreement, into the new Paris markets that begin in 2021.

One example is Kyoto’s Clean Development Mechanism (CDM), a once highly touted program that enabled wealthy countries to finance projects for cutting greenhouse gases in developing countries in exchange for certified emission reduction credits (CERs) that could be used to offset their own pollution. Since its inception in 2004, the mechanism has driven some 8,000 projects in developing countries, leading to a $300 billion in investment and more than 2 billion tons of reduced emissions. 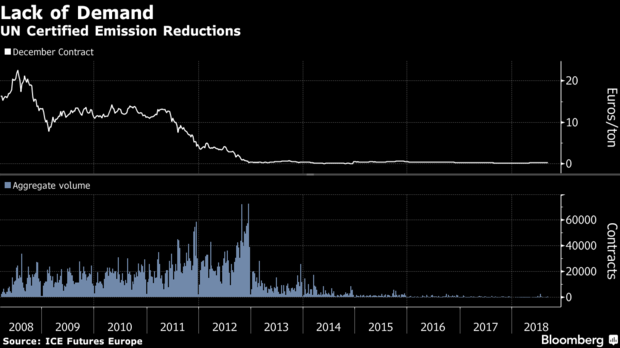 The CDM also helped developed countries cut the costs of meeting their own Kyoto climate targets, sustaining the treaty’s political feasibility for many years despite opposition.

However, the market for certified emission reductions, the credits produced under the CDM, has been suffering. Once valued at as much as 22 euros ($25) per ton, lack of demand has meant these CERs have largely remained below 1 euro for the last six years. This crisis of demand looms large for architects of the Paris markets.

There are arguments for and against CDM transition.

Some countries make the case for regulatory continuity. Any changes to the international rules that cut off these existing projects will affect confidence in any new Paris market mechanisms and stifle investment. This is quite a powerful argument.

Countries opposed to the transition claim that the amount of past emission reduction credits from CDM projects, going back all the way to 2013, that could imported into the Paris agreement could amount to several billion tons. The backlog of credits could be so large that the quantity of supply becomes larger than demand, leading to a collapse in price.

We now need to ask: Is the argument against sufficiently robust to risk legal certainty suggested by those arguing for the transition?

Before we attempt to answer that, let us consider what we have collectively learned under the EU emissions trading system, currently the world’s largest carbon market.

The EU market has also experienced a major oversupply of credits, as high as two billion units, which for many years threatened to undermine the price of European allowances (EUA). Even with the introduction of various policies to restrict allocations, huge surpluses of EUAs are still expected to remain in 2030. 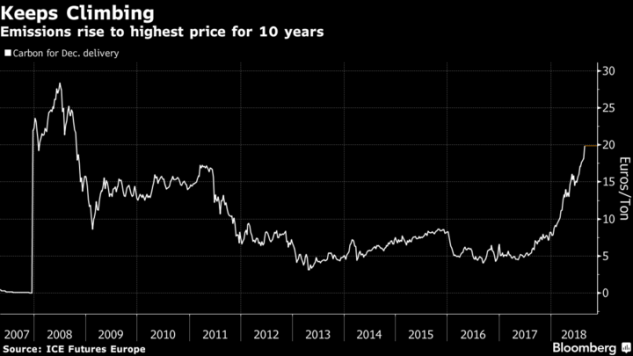 Despite the surplus, EU carbon is currently trading above 20 euros per ton and was rated the top performing global commodity for 2018. This begs the question: If we continue to accept the theory of price equilibrium, how is a market so heavily over-supplied today not valued at zero? What makes EUAs defy logic like this?

There are three main reasons:

First, market participants know that climate ambition in Europe is increasing and will continue even after 2030. Second, confidence is high that the market will remain in place, largely unchanged, for the long term. Finally, EUAs can be banked, so any surpluses can be used in future years when scarcity returns to the market.

If the EU carbon market experience tells us anything at all, it is that price signals are heavily influenced by the certainty of the legal frameworks, the bankability of credits, and the long-term trajectory of the emission reductions beyond 2030. Students of economics may breathe a sigh of relief: We do not need to re-write the textbooks after all.

This suggests climate negotiators should be less worried about potential surpluses of CERs collapsing prices and focus more on these three factors. This would allow the impasse to be overcome and pave the way for more ambitious and affordable carbon reduction targets in line with expectations of future generations.

This column does not necessarily reflect the opinion of The Bureau of National Affairs Inc. or its owners.