Chief Executive Officer isn’t giving up on a transmission line to send carbon-free electricity from Canada to the U.S. Northeast, despite voters in Maine backing a move to .

On Tuesday, 59% in a state referendum voted to ban construction of a Central Maine Power corridor, which opponents say would harm the environment by cutting through forests. In a statement, the Quebec government-owned power utility said it would “undertake all necessary actions to have its rights recognized.”

Brochu followed in a radio interview Wednesday morning, predicting a legal battle in comings weeks and months. She also compared the ballot initiative, which was supported by companies that operate natural gas plants in the region, to an attempt to play an additional period of hockey after everyone’s left the arena.

The project developer, utility , issued a Wednesday saying it had filed a lawsuit in Maine Superior Court challenging the referendum.

“This project will be built,” Brochu told Radio-Canada, saying Hydro-Quebec obtained all approvals and permits before starting construction. “It’s already being built, employees are here. All sorts of things can happen, it will be a question of time, and in the end it can be a question of money.” 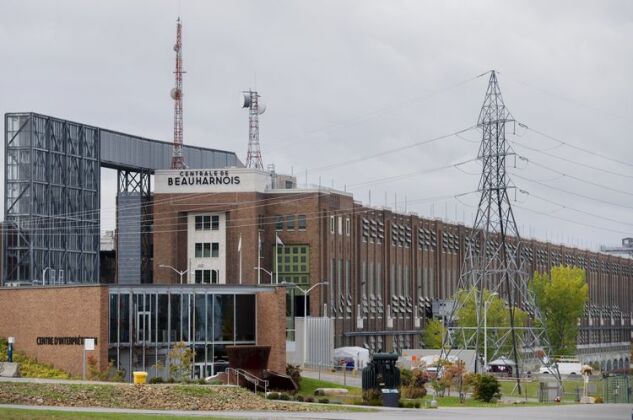 If completed, it would be able to import 1.2 gigawatts of electricity, enough to reduce carbon emissions in the region by 3.6 million metric tons a year, according to Avangrid, or about 12% compared to 2019 levels.

In addition to environmental concerns, Avangrid and Hydro-Quebec faced opposition to the project from Florida-based and two Texas firms, and

“While the outcome of this election is disappointing, it is not the end of the road and we will continue to advocate for this historic and important clean energy project,” Avangrid said in a Wednesday.

Quebec Premier weighed in on the result from Scotland, where he’s attending the COP26 climate summit. The supply contract to Massachusetts is one of two major export deals Hydro-Quebec has inked in recent years, with the other meant to send green power to .

“We knew the referendum would be tight, we indeed have a plan B,” the premier said, according to Radio-Canada. The utility and the governments of Quebec and Massachusetts are looking into alternate ways to get electricity to the state, he said.

“I’m confident it will happen,” he said.

(Adds news of lawsuit in the fourth paragraph.)

To contact the reporter on this story:
in Montreal at srastello@bloomberg.net

To contact the editors responsible for this story:
at ddecloet@bloomberg.net