Local governments and other groups getting federal funding for the first time under the infrastructure and climate laws are at heightened risk of fraud, said the EPA’s top watchdog, whose office is launching new efforts to detect suspicious activity.

The inspector general’s office recently started a data analytics team that is developing an algorithm to detect high-risk audits, state revolving fund loans, and construction projects, O’Donnell said. But he also said he’s worried he doesn’t have enough employees to adequately track everything.

The Office of Inspector General is on high alert because so much money is going out the door. Last year’s $1.2 trillion bipartisan infrastructure law (Public Law 117-58) authorized funding for a vast range of projects, including Superfund cleanups and water system repairs. The recent climate bill (Public Law 117-169) provided another $369 billion to expand clean energy and fund various environmental justice projects.

Most of the EPA money under the infrastructure bill will go out through state revolving funds, which take money paid off by one borrower and lend it to the next. That model provides at least some security because the states will presumably make sure it gets spent properly.

EPA spokesman Tim Carroll said the agency is working with the inspector general to maintain trust and ensure accountability.

Still, the sheer amount of money—some states will receive more EPA funding under the infrastructure bill than they have gotten in the history of their revolving fund programs—heightens O’Donnell’s concerns. 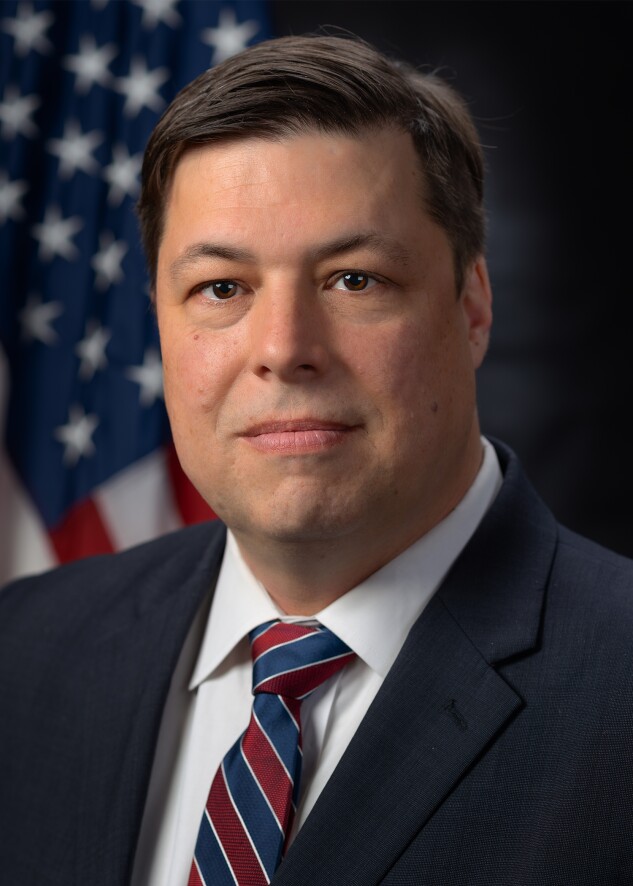 The inspector general has already noted that the EPA didn’t have enough staff to process its grants paperwork before the infrastructure bill, “and now they’re going to scale that up to a level that’s unseen, unknown to them,” he said.

Although O’Donnell said he doesn’t believe local governments are looking to defraud the government, “I think they will be easily taken advantage of by others when they get that federal funding. And in some cases, they are brand new. They might not know what they’re supposed to do and what’s allowable.”

The recent failure of a Jackson, Miss., water treatment plant cast a spotlight on potential problems with state revolving funds, O’Donnell said. The inspector general recently announced an investigation into how the state administered its water revolving funds in Jackson.

The climate bill raises different concerns because a significant chunk of it will likely go to small community groups that have no prior relationship with the EPA, according to Sean Moulton, senior policy analyst at the Project on Government Oversight.

“When it goes straight to these entities, that’s when we start to have heightened concern,” O’Donnell said.

Most of the fraud he expects to see is at the execution of funds level—"the counting of the funds, the expenditure of the funds, and the quality of the projects.”

The inspector general’s hope is that its new data analytics team will be able to sniff out fraud indicators such as projects that are taking an unusually long time or running into cost overruns.

The team also wants it to catch indicators of collusion—such as contractors secretly getting together to raise the price of their bids—as well as red flags like bidders that have the same executives, bank account numbers, physical locations, and agents for incorporation, O’Donnell said.

Unannounced site visits are also likely to increase, he said.

All of those efforts pair with other Biden administration moves. In January, Zealan Hoover, senior adviser to EPA Administrator Michael Regan, told Bloomberg Law the agency was creating a new program to ensure the money from the infrastructure bill isn’t misspent.

The agency also plans to double its corps of auditors, human resources personnel, contractors, engineers, and budget analysts across the country to implement and track the spending, Hoover said.

The White House further named John Podesta in September to oversee the climate bill spending, and the Office of Management and Budget issued guidance in April to help agencies keep an eye on the money they’re sending out under the infrastructure bill.

‘We Don’t Have the Resources’

O’Donnell said he’s had positive conversations with the Office of Management and Budget and Congress about increasing staffing. His office now has about 290 full-time employees, with 40 new ones coming on board under the infrastructure bill.

Nevertheless, “at this juncture, we don’t have the resources to do as much oversight as we think will be needed,” O’Donnell said.

At the same time, the inspector general’s office has to confront the political reality that the Biden administration wants to send the money out to communities quickly in order to show voters results.

Ali Zaidi, President Joe Biden’s new national climate adviser, recently said that “if we don’t build—if people don’t see us put the steel in the ground and harness the resources that we have, I think that they will have very good reason to be cynical about the goals and commitments we’ve made.”

But O’Donnell said that “when you try to push money out the door too fast, that’s when mistakes get made. That’s when you’re easily taken advantage of. Because we desperately want to see results, and we’ll pay for any form of result.”

Moulton, of the Project on Government Oversight, said he shares those concerns.

“When you try and spend the money faster, you don’t do the verification,” he said. “You open yourself up to, if not outright fraud, then just waste—allocating money to places where it’s not needed and missing some big needs because you didn’t collect enough information.”

Beyond concerns about first-time grant recipients, O’Donnell said he’s worried about the possibility of outright theft.

“You see people who come in with the specific intent to steal money,” he said. “That’s my concern at the local level, where there’s less oversight, where they’re farther away from us.”

Plenty of examples cropped up when the White House made emergency funding available during the coronavirus pandemic. For instance, the Justice Department recently charged 47 people with stealing $250 million from a child nutrition program, using fake meal count sheets and false invoices.

But Rep. Jared Huffman (D-Calif.), chair of the House Natural Resources Oversight Subcommittee, dismissed the notion that the fraud seen under the Paycheck Protection Program suggests that significant chunks of the infrastructure and climate change money will also be stolen.

“I think it would be grossly unfair to suggest that, because there was this pandemic fraud that we’re all horrified by, that we would now hold up on vital clean energy investments,” he said.