Michael Regan, President-elect Joe Biden’s nominee to lead the EPA, is likely to be shaped by his background as the top environmental regulator in North Carolina, according to stakeholders who have worked with him in the state.

Here are five areas where Regan’s experience could influence his tenure as the next administrator of the Environmental Protection Agency:

One of Regan’s strengths as head of the North Carolina Department of Environmental Quality dovetails with a central piece of Biden’s platform: addressing the impact of pollution on low-income communities of color.

Regan’s signature achievement as DEQ chief was the formation of an environmental justice and equity advisory board in 2018. The panel advised the agency on issues such as best assessing the impact of coal ash management and the Atlantic Coast pipeline on vulnerable communities.

“That was huge,” said Dan Crawford, director of government relations at the North Carolina League of Conservation Voters. “It had never been done before.” 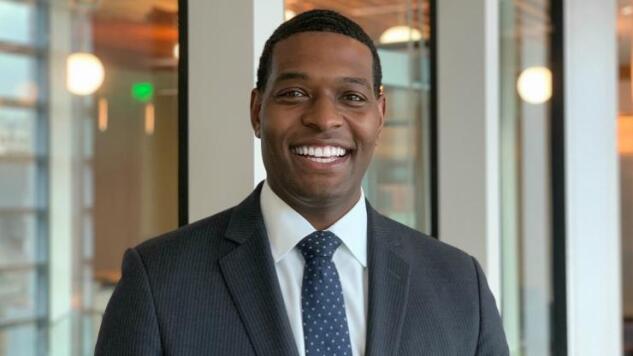 Other environmental groups say the board wasn’t enough. Lisa Ramsden, senior climate campaigner for Greenpeace, said Regan—who is Black—has failed to protect communities from the health impacts of living near hog farms. Industrial-sized farms in the state generate methane and other greenhouse gas emissions, while manure with nitrogen and phosphorus spurs noxious odors and algae blooms in water. She also said he approved several permits for wood pellet plants, which release particle pollution into the air.

But La’Meshia Whittington, campaign director of the North Carolina Black Alliance and deputy director at Advance Carolina, said Regan’s commitment to environmental justice advocate was at times stymied by a Republican legislature.

She said Regan’s experience with environmental justice came from being born in Goldsboro, N.C., and knowing firsthand about how people are affected by the combination of multiple pollutants, low levels of education, and limited access to medical care.

Regan also led North Carolina’s adoption of an aggressive climate change policy that in 2018 called for a 40% drop in greenhouse gas emissions by 2025, compared to 2005 levels. The issue was pushed through executive order because of the GOP-led legislature.

Charles Case, a Raleigh-based attorney with McGuireWoods who has represented the regulated community, said Regan’s state-level experience should help him in a national role.

“It’s pretty clear that the Biden administration is going to make climate change a priority, and EPA is going to be at the center of that,” he said. Regan “can look at it from a national and a state perspective. Appointing him would be a reflection of not only the national policy but the state’s role in that policy.”

Regan’s experience implementing climate change policies through the executive branch could help inform his approach at the EPA, as Biden’s ambitious climate change agenda could be difficult to push through a divided Congress.

“Michael has served as DEQ secretary with distinction, helping advance my climate change executive order and promoting creative solutions to some of our toughest challenges. He has important work ahead of him helping battle climate change on a national level,” state Gov. Roy Cooper (D) said in a statement.

As DEQ secretary, Regan also grew familiar with the problems that certain “forever chemicals” have caused state residents, according to Whittington.

That experience is likely to come in handy given Biden’s vows to use the federal Superfund law and the Safe Drinking Water Act to intensify oversight of the chemicals. Under Regan’s watch, the agency tightened controls of certain per- and polyfluoroalkyl substances, or PFAS, released into the air and water.

DuPont and later the Chemours Co. manufactured certain PFAS at its Fayetteville Works facility in North Carolina and discharged some particularly long-lived compounds directly into the groundwater surrounding the plant and into the nearby Cape Fear River. Those releases have prompted numerous complaints and a recent lawsuit directly from the state’s attorney general.

But Emily Donovan, co-founder of Clean Cape Fear, where more than 250 PFAS have been detected, said that while the governor—and by extension Regan—have responded to some of the needs of communities coping with PFAS contamination, more effort was needed in the state across multiple agencies and branches of government.

“Our expectations are as high as the levels of PFAS in our tap water,” Donovan said in an interview. “We’re still paying for water that we don’t feel safe drinking,” she said. “Realtors in our area don’t give gift baskets to new homeowners—they give gift cards for water filters.”

In addition to going after corporate polluters on PFAS, Regan pursued an aggressive strategy to hold Duke Energy Corp. accountable for coal ash, which many environmentalists say isn’t regulated strictly enough at the federal level.

Regan led his agency in settlement talks with Duke over the cleanup of its coal ash ponds, with a deal finalized in February that covers 80 million tons of ash at six sites. That cleanup, said to be the largest in U.S. history, is estimated to take 15 to 20 years and cost $8 billion to $9 billion.

The coal ash and PFAS settlement and cleanup plans illustrate Regan’s ability to score environmental wins, according to Ross.

“He’s navigated those complicated and important issues in a good way in his experiences as DEQ secretary, and I anticipate he would bring those same important skills to the table with the issues that will be pending at EPA,” said Bill Ross, former head of the North Carolina Department of Environmental Quality.

Regan also would be called on to pump life into an embattled corps of 14,000 federal EPA employees, many of whom have expressed dissatisfaction with the agency’s direction under President Donald Trump.

For example, the EPA’s largest union repeatedly has criticized the leadership of Administrator Andrew Wheeler, saying they don’t believe the agency prioritizes employees’ health and safety as it moves toward bringing workers back into the office during the coronavirus pandemic.

“The DEQ he inherited was not in a good place,” he said. “Morale was down, people weren’t allowed to do their jobs. The first thing Regan did was show he was going to let science make the decisions. He’s done this before.”

Kevin Minoli, who worked at the EPA from 2000 to 2018 and rose to the position of principal deputy general counsel, agreed that Regan did a good job of turning around the culture of the North Carolina DEQ.

“Before EPA can implement the Biden administration’s agenda, someone will have to reinvigorate an agency that has had an incredibly difficult four years,” said Minoli, now an attorney at Alston & Bird LLP. “Michael Regan was able to do that in North Carolina, and repeating that success at the federal level may be the biggest challenge he faces as the next EPA administrator.”