Exxon Mobil Corp. and Koch Industries Inc. withheld critical information about the impact of fossil fuel use on climate change for decades, Minnesota Attorney General Keith Ellison said in announcing a lawsuit against the companies.

The suit, which also names the American Petroleum Institute, alleges the three violated the state’s Consumer Fraud Act by issuing misleading statements about global warming and engaging in a 30-year “campaign of deception” even though they understood the threat as early as the 1950s.

“They didn’t just not tell the truth,” Ellison said at a news conference livestreamed on Twitter Wednesday. “They actually misled you.” 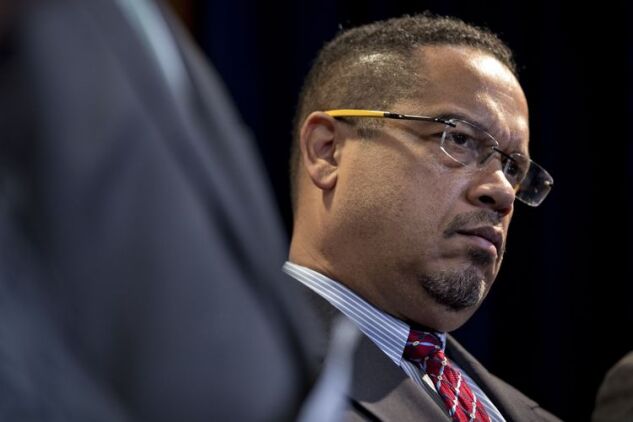 Minnesota is the first Midwestern state to get in on an expanding climate liability fight and the first plaintiff in the recent wave of cases to take aim at Koch Industries and the American Petroleum Institute. Its suit comes as Massachusetts pursues similar consumer protection claims against fossil fuel companies. All told, about a dozen cities, counties and states have sued Exxon, BP Plc, Chevron Corp. and Royal Dutch Shell Plc, among others, to make them compensate consumers and reimburse taxpayers for the costs of adapting to climate change, from building multi-billion-dollar sea walls to repairing damage from powerful storms.

Minnesota’s lawsuit “is part of a coordinated, politically motivated campaign against energy companies” that wastes “millions of dollars of taxpayer money” without significantly alleviating climate change, Exxon spokesman Casey Norton said. He said the company would defend itself against the “baseless” suit and “continue to invest in efforts to reduce greenhouse gas emissions while meeting society’s growing demand for energy.”

The American Petroleum Institute said in a statement that “the record of the past two decades” shows the industry has provided U.S. consumers with “affordable, reliable” energy while significantly reducing carbon emissions. “Any suggestion to the contrary is false,” said Paul Afonso, API’s chief legal officer.

Many of the climate cases have been snarled in procedural battles for years, but several courts have recently given the green light for state and local governments to pursue their claims. Lawyers for Exxon, BP and other companies are pushing the U.S. Supreme Court to step in and block the litigation.

The Minnesota suit is similar to a sweeping complaint by Massachusetts that accuses Exxon of concealing its early knowledge of climate change from the public and misleading investors about the future financial impact of global warming. Massachusetts scored an early win in March when a federal judge ruled the case should go back to state court, where it was originally filed. Exxon wanted the matter in federal court.

In a December filing, Massachusetts Attorney General Maura Healey called Exxon’s characterization of the case “self-serving and distorted,” saying it’s really about consumer protection, not claims of environmental violations that could be pre-empted by federal law.

New York lost a narrower case that focused on Exxon’s internal planning for risks associated with climate change and said in January it wouldn’t appeal.

Most of the climate litigation seeks damages through so-called public nuisance suits, though other claims, like negligence, are also often involved. Fossil fuel use runs counter to the inherent right to live in a habitable world, the argument goes, and the energy companies knew that right would be infringed when enough carbon was burned.

The environmental group Greenpeace said in a statement Wednesday that Minnesota’s lawsuit comes as “companies like Exxon Mobil, Koch Industries, and the American Petroleum Institute paint themselves as climate allies” while working to “obscure the science of climate change.”