EPA Administrator is pushing to make environmental justice a top priority at the agency by directing changes that could spur stiffer enforcement of pollution violations in disadvantaged communities near highways, factories and refineries.

The initiative, which Regan is detailing in a memo to staff Wednesday, also could spur the distribution of more grants to underserved communities as well as deepen efforts to weigh how EPA policies directly affect people living in neighborhoods long battered by pollution. 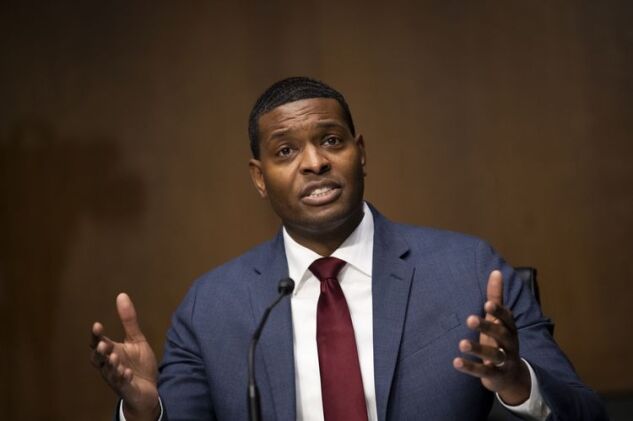 The goal is “integrating environmental justice and equity into the very DNA of EPA,” Regan said in an interview Tuesday with .

President has made fighting environmental inequity a core priority, with a commitment to target 40% of clean energy investments to disadvantaged communities bearing the brunt of pollution and on the front lines of climate change. Biden also established a government-wide task force dedicated to environmental justice.

While the weight of promoting environmental justice and equity isn’t being heaped on a single agency, the EPA plays a critical role, Regan said.

“There are a lot of issues that plague our disproportionately impacted communities, and EPA is one of many players that can come to the table and look at existing laws and regulations to be sure we’re doing all that we can for these communities,” he said. That includes spending time in communities to better understand their concerns, partnering with states to address them and even bringing in refineries and other businesses regulated by EPA to consider ways to improve, Regan said.

Regan, who is the first Black man to run the EPA, is a top adviser to focus on environmental equity. In Wednesday’s memo, he is asking EPA offices to strengthen enforcement of violations of environmental statutes and civil rights laws in pollution-battered communities. He’s also directing offices to immediately incorporate environmental justice considerations into their work to assess how agency decisions affect burdened, underserved and tribal communities.

EPA staff are also being asked to change the way they distribute grants and solicit applications so that underserved communities are prioritized. And Regan is emphasizing how offices should work to consult early and often with affected communities and tribal nations.

The effort is just one of many coming steps to ensure environmental justice considerations are built into the EPA’s daily work.

“That’s part of my charge to senior leadership here at EPA,” Regan said. “As we evaluate these key opportunities in areas of enforcement, rulemaking, permitting, contracting and procurement, I would like for them to do a very thorough evaluation of where the shortcomings are, where the opportunities are and develop those benchmarks that will determine and define success.”