Activists gather outside the Army Corps of Engineers Office to protest against the Dakota Access Pipeline in 2017 in Washington, D.C.
Photographer: Alex Wong/Getty Images

Two days after a judge ordered the controversial Dakota Access oil pipeline to shut by early August, its owner is continuing to schedule shipments and has made no moves to take it offline.

The Dallas-based company run by billionaire said Wednesday that it’s not currently emptying the pipeline and, in fact, is accepting requests for shipments next month. The U.S. District Court for the District of Columbia had ordered the pipeline to be drained by Aug. 5 while a more robust environmental review is conducted.

“We are not shutting in the line,” Energy Transfer spokeswoman said in an email when asked if the company had begun emptying it. Judge “we believe exceeded his authority and does not have the jurisdiction to shut down the pipeline or stop the flow of crude oil.” The company later said in a statement that it has no intention of defying Boasberg’s order.

It’s the latest sign that Energy Transfer is preparing for yet another battle over Dakota Access, which four years ago drew months of on-the-ground protests from environmental groups and tribes opposed to the project’s route across Lake Oahe, a dammed section of the Missouri River just a half-mile from the Standing Rock Indian Reservation in the Dakotas.

Energy Transfer pressed Boasberg on Wednesday to freeze his “literally unprecedented” decision until an appeals court can weigh in. The company took aim at both the impacts of the judge’s shutdown order, and his underlying conclusion that federal approval for Dakota Access violated environmental law.

“Energy Transfer is playing a very dangerous game,” said Earthjustice lawyer , who represents the Standing Rock Sioux Tribe against Dakota Access. “They don’t get to ignore a federal court order just because they disagree with it.” 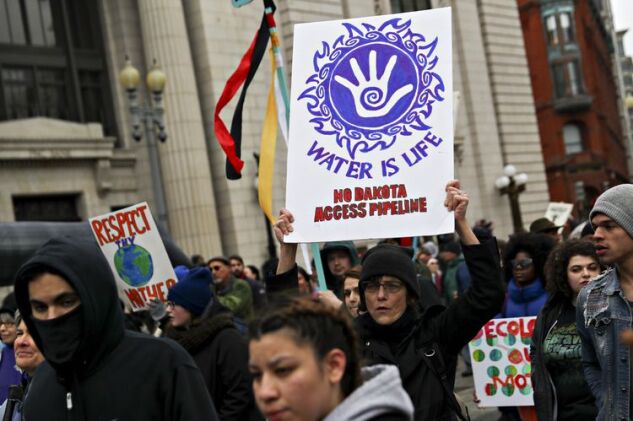 Energy Transfer’s strategy likely reflects optimism the ruling will be reversed on appeal or at least temporarily blocked by a higher court.

In Washington, energy lobbyists have mused that the shutdown order would be difficult to enforce, according to three people familiar with the discussions.

Height Securities LLC also predicts the unprecedented ruling to shut down Dakota Access because of a violation of the National Environmental Policy Act is unlikely to withstand review by the D.C. Circuit Court of Appeals, according to a research note for clients.

“The D.C. Circuit case law appears weighted in favor of ET,” especially since cases Boasberg used to justify the decision to shut down Dakota Access did not involve active, operating pipelines, Height analyst Josh Price said in the note.

When asked whether Energy Transfer plans to defy Boasberg’s decision if it remains in effect Aug. 5, Granado reiterated that the company doesn’t think he has the authority to shut the line. She later said Energy Transfer’s decision to refrain from emptying the pipeline isn’t meant as an act of defiance, rather the company “is seeking appropriate relief from that order through the established legal process.”

Prices for Bakken crude, produced in North Dakota, rose after the news that Energy Transfer planned to keep the line in service. The for Bakken at Clearbrook, Minnesota, narrowed 60 cents to $2.15 a barrel against benchmark oil futures in New York, according to data compiled by Bloomberg.

Energy Transfer has multiple routine options for fighting the order in court. It’s asking the U.S. District Court for the District of Columbia to suspend the decision, and it’s pursuing an appeal. If those efforts fail, it can ask the U.S. Supreme Court to step in.

If Energy Transfer opts to bypass those traditional routes and instead simply refuses to shut down the pipeline, the district court could hold the company in contempt. An outright violation of a court order could result in fines or jail time.