The billion-dollar companies that made and used chemicals now popping up in water supplies around the country are switching to newer alternatives, but they haven’t escaped liabilities for historic environmental contamination.

The chemicals, known as per- and polyfluoroalkyl substances or PFAS, have become ubiquitous in everyday consumer goods as well as in specialized industrial applications. For some of the companies, including 3M Co. and the Chemours Co., liabilities from their PFAS operations have negatively affected the value of their stock.

Here are the major players in the PFAS industry: 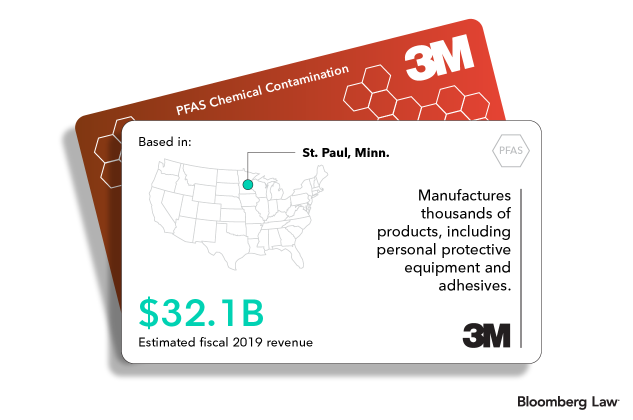 PFAS have been used in nonstick coatings, stain and water resistant products, and waterproof fabrics for decades. 3M manufactured PFAS for products like Scotchgard and firefighting foam. It was one of a handful of companies that phased out its use of PFOS and PFOA, two of the most well-studied types of PFAS, in 2000. But the company continues to use other chemicals in the class.

3M manufactures a type of PFAS called “short-chain” chemicals, which are named based on the length of their molecules. Some manufacturers are opting to replace the more commonly known long-chain PFAS—PFOA and PFOS—with short-chain alternatives.

It’s not yet clear if the alternatives are as effective as long-chain PFAS in their product applications, or if they are more or less hazardous to human health, according to the Interstate Technology and Regulatory Council, a state-led coalition focusing on environmental regulations. 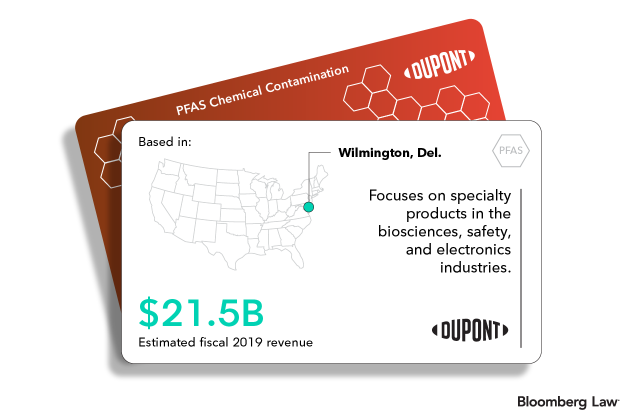 E.I. du Pont de Nemours and Co., known as DuPont, historically purchased the short-chain chemical PFOA from 3M for use in products like Teflon.

DuPont doesn’t currently make, buy, or use long-chain PFAS materials, according to Daryl Roberts, the company’s chief operations and engineering officer. The majority of PFAS contamination in the U.S. comes from the use of firefighting foam that contains PFOS, he said.

The company supports designating long-chain PFOA and PFOS as hazardous substances under federal Superfund law, which could lead to the discovery of new liabilities for companies that handled or manufactured those chemicals.

However, DuPont still faces liability for its history of using PFAS. Much of that liability was transferred to the Chemours Co., which was spun off from DuPont in 2015. 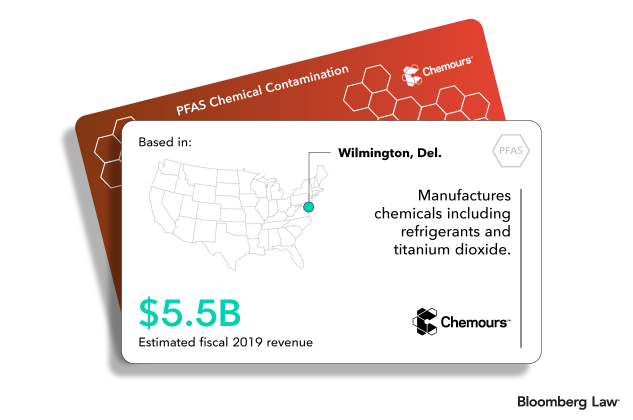 “Chemours has never made or sold PFOA as a commercial product, or used PFOA as a processing aid,” David Rosen, a spokesman for the company, said in an statement.

After Chemours started using an alternative PFAS, known as GenX, North Carolina officials found that chemical in the environment around the company’s Fayetteville facility.

Chemours has spent millions of dollars on technology to reduce PFAS in the Fayetteville facility’s air emissions, an expense DuPont anticipated but grossly underestimated during the spinoff, Chemours has claimed in court filings.

“The liabilities DuPont plowed into Chemours are far greater than DuPont’s maximums suggested possible,” Chemours said in a complaint filed against DuPont in the Delaware Court of Chancery in 2019. The companies are preparing for oral arguments.

Chemours is “fully capable” of cleaning up the chemical sites it owns and operates, DuPont’s Roberts said in a House Oversight committee hearing in 2019.

(Adds statement from DuPont official in 8th paragraph that most PFAS contamination in U.S. comes from PFAS-containing firefighting foam. A previous version of this story corrected the 11th paragraph to say Chemours hasn't made or sold PFOA.)