Communities across the U.S. bordering refineries and other facilities remain burdened with toxics-laden air, pushing residents and activists to bolster air emissions monitoring above what’s required under the Clean Air Act.

And with increased focus on environmental justice, fenceline and community air monitoring has become “one of the top two or three trends in the evolution of air quality law in the United States,” said Doug Henderson, a partner at King & Spalding LLP whose Atlanta practice includes environmental litigation and toxic torts.

“Fenceline monitoring is just one of those topics that [is] inevitable,” he told Bloomberg Law. “It won’t go away, and industry will have to understand it, and comply with it, and then learn how to deal with the results.”

Advocates are pushing for better air monitoring around facility “fencelines” and in pollution-burdened neighborhoods to fill gaps they say are left by environmental agencies’ lax enforcement and spotty self-reporting from the companies themselves.

Juan Flores, the community air monitoring program manager for Air Alliance Houston, says that by the time officials come out days later to check on strong chemical smells in cities like Pasadena, Texas—called “Stinkadena” when he was a kid growing up in the area—there’s sometimes no proof a pollution spike even occurred.

Grassroots monitoring networks within communities and at the fencelines of facilities means more evidence for potential legal challenges, he said.

“That’s what we’re trying to do with these monitors,” Flores said. “To monitor what’s going on, know what’s in the air, so the community will be able to defend itself.”

A ProPublica analysis last month found “more than a thousand hot spots of cancer-causing air,” particularly in places with weaker regional environmental enforcement like Houston or “Cancer Alley” along the Mississippi River in Louisiana.

“Due to systemic racism—and frankly, weak application of the law, weak permit requirements—we know that there are many communities that are already overburdened with pollution, they continue to be exposed to more pollution,” American Lung Association’s senior vice president of advocacy Paul Billings said.

Weak state and federal pollution enforcement and a distrust of facilities self-reporting their emissions have led communities to take monitoring into their own hands, Flores said. 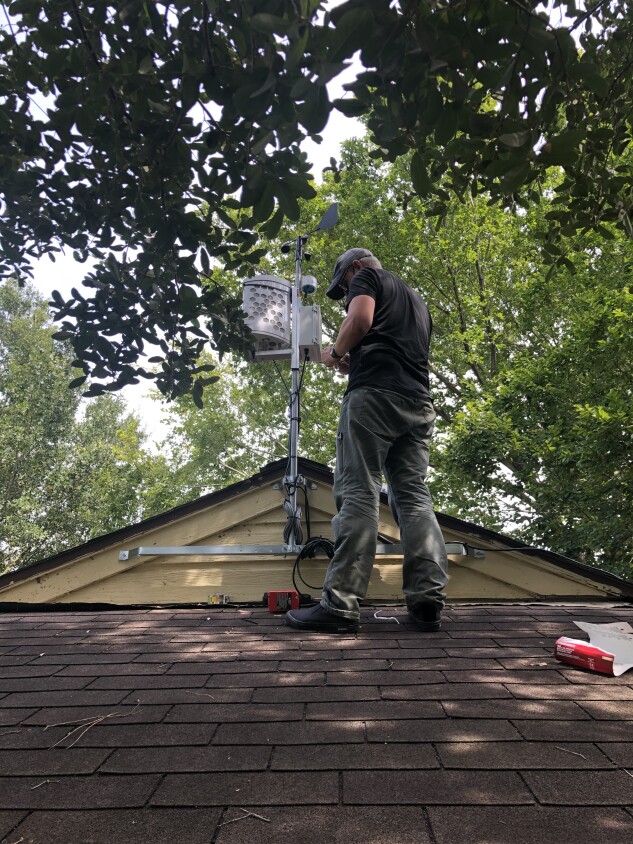 Lawyers like Henderson are watching the trend closely, but how to legally use data from fenceline and neighborhood monitors is an open question. Attribution of background air pollution, limited legal options under the Clean Air Act, and the reliability of certain monitors create a complicated landscape.

“I can imagine just how difficult it would be to relate a particular reading to a particular facility or even make sure that the reading is ‘correct,’” said Makram Jaber, a McGuireWoods LLP partner in Washington, D.C."These are issues that are going to just have to be, to me, case by case.”

The case for fenceline monitoring includes formal and informal definitions, including the physical addition of monitors at the borders of facilities as well as monitoring efforts within communities that exceed Clean Air Act requirements.

The EPA created a single legal fenceline monitoring requirement in 2015 through the Petroleum Refinery Sector Rule, but its application is limited in scope. The rule tightened air toxics limits only on refineries and required those facilities to place monitors for chemicals like benzene around the periphery of the properties.

Facility permits under the Clean Air Act set emission limits and monitoring technology requirements, but don’t call for ambient air monitoring in nearby communities most affected by wafting emissions from nearby facilities.

Communities could sue facilities for their emissions under nuisance law under the Act. An early wave of climate liability complaints over greenhouse gas emissions is testing the limits of that application, though the lawsuits have largely evolved to focus more on deceptive marketing claims.

Video: The Biden Administration has pledged to make environmental justice a priority. Here’s a look at the limited legal options impacted communities have to combat negative environmental impacts.

Henderson called fenceline and community monitoring one of the most difficult, current areas of environmental law.

“The legal system is not well-equipped to handle just mere exposure to substances when there’s not a medical or toxicological showing that somebody has been harmed,” he said.

Part of that challenge is accurately analyzing the soup of pollutants in ambient air, and picking out which emissions can be attributed to which sources and how much danger there is to residents from certain amounts of exposure in a given area.

People want more data on what pollutants they are exposed to on a daily basis as monitoring technology gets better, King & Spalding LLP partner Craig Stanfield said.

He’s already seen personalized data crop up in litigation, in the form of individuals bringing air quality readings to court that were culled from technology like wristband monitors or Purple Air Sensors.

Pinpointing the source of those emissions and levels of harm they cause would be central components in potential challenges against industry using that data, Stanfield said.

“From a legal perspective, that’s the question you have to answer—it’s not just what’s in the air, but where did it come from?” he said. And it’s “a very complicated question.”

Clean air groups and neighborhoods are forging ahead with their own monitoring efforts to log data and inform residents in real-time about their air quality.

The New York City Environmental Justice Alliance identified gaps in the neighborhood’s air quality data in its Community Air Mapping Project, since the city is served by “only 13 high-performance ambient air monitoring sites,” according to the report.

In addition to storing air quality data for potential legal and permit challenges, color-coded readings will be made public for Houston-area residents through a real-time online dashboard. It would capture readings after major disasters like hurricanes, when facilities suddenly start up or shut down and release excess emissions.

“If you click on those monitors, you can get even more in-depth details of which way the wind’s blowing, what kind of chemical is spiking—is it the NO2, is it the ozone, is it the VOCs—all that information will be there,” Flores said.

Courts will drive some decisions about how to use data sets from these local monitoring pushes, Keogh said. In the meantime, facilities would benefit from starting this type of monitoring themselves to stay ahead of the curve and “strategically manage” their emissions profiles, he said.

“I don’t think there’s anybody out there among the state and local agencies who think that this is going to be ‘less’ problem, this is definitely going to be a ‘more’ question for us all going forward as more and more data is available, as more and more facilities are monitoring, as courts ask state and local agencies to dig deeper on this,” Keogh said.