. is working quickly and effectively to reduce air and water releases of the PFAS it makes as well as the chemicals left by its predecessor, its new CEO, Mark E. Newman, told Bloomberg Law.

“We are moving as fast as we can to deal with our commitments,” Newman said in a discussion about the company’s global goals and agreements it’s carrying out under a consent order for its Fayetteville, N.C., site.

Chemours announced this week that its global operations cut fluorinated organic compound emissions—a group of chemicals that includes per- and polyfluoroalkyl substances, or PFAS—in water to 266 metric tons in 2020 from its 2018 baseline of 556 metric tons.

It also cut air emissions of those chemicals to 566 metric tons from its 2018 baseline of 1082 metric tons, according to the 2020 Corporate Responsibility Commitment report. The company’s goal is to reduce air and water emissions by 99% by 2030.

But environmental groups and people living near Chemours’ facilities aren’t convinced by such data. Robert M. Sussman, an attorney with Sussman and Associates, who represents the six communities in North Carolina that petitioned EPA to demand Chemours generate toxicity data on 54 chemicals, said local residents are frustrated.

“It’s never acknowledged the fact that the people who live in those areas feel their health has been, and still is, at risk from long term exposure to these chemicals,” he said. “That’s what the people down here find so infuriating.”

Newman became Chemours president and CEO July 1. He had been Chemours’ CFO and oversaw finances for a division of predecessor DuPont de Nemours Inc. before that. He also served at and other companies, according to his bio. 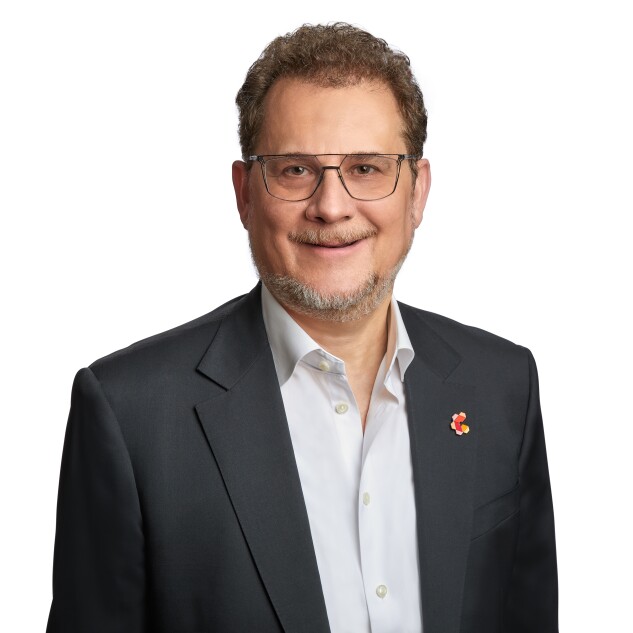 Chemours’ latest performance report details progress the company has made in areas like reducing greenhouse gases and increasing the number of women and individuals of diverse backgrounds among its 6,500-member global staff.

Newman detailed the company’s efforts to address PFAS, a group of thousands of compounds often dubbed “forever chemicals” because they can take extraordinary means to break some of them down once they’re in the air, water, or soil. Some PFAS also can build up in the body and have been linked to a range of health problems, including higher cholesterol, decreased vaccine effectiveness, and increased risk of cancer.

Chemours has stopped new releases of PFAS to water and cut 99.9 percent of its air emissions, Newman said. Now the company is working to reduce releases of the chemicals that have long been in the soil from reaching North Carolina’s Cape Fear River, he said.

Broad generalizations about the chemicals fail, however, to recognize their extraordinary diversity, and their potential to help solve global problems, Newman said. For example, Nafion membranes, just one product line Chemours makes with certain types of PFAS, are essential for technologies such as fuel cells, energy storage, and electric vehicles, he said.

“I think today there is a level of misunderstanding as to how our chemistry could make the world more sustainable,” he said. “We’re very much a part of how we go from a very carbon intensive economy to one that may rely much more on hydrogen production.”

Meeting customers’ desires for chemicals that can help them meet the world’s energy, communication, and other needs while addressing PFAS remain priorities for the company, he said.

Chemours’ efforts on the Cape Fear River include building a barrier wall that will be more than a mile long and go 70 to 85 feet underground, Corporate Communications Director Thom Sueta said. The wall and other Fayetteville efforts are estimated to cost $169 million, according to financial data the company released Friday.

Yet statements such as one on the company’s website saying Chemours is "... making a more colorful, capable, cleaner world through the power of chemistry” don’t cut it with North Carolina residents, based on a recent online discussion.

One resident asked how the company reconciles its claimed progress with scientific evidence that its PFAS production is harming nearby communities. Other residents voiced frustrations that specific PFAS are still in their drinking water; that Chemours is fighting water utilities demands in court for drinking water treatment funds; and that company officials have yet to meet with them.

Sueta said Chemours doesn’t discuss ongoing litigation publicly, but insisted the company is acting responsibly. Chemours also isn’t the only source of PFAS in the Cape Fear watershed, he said.

Sussman said Chemours has denied releasing some PFAS, but it’s never provided the evidence for that or met with the affected communities. People living near its facilities have been exposed for years to the PFAS these factories have released, and people want to know what the health consequences may be, he said.

Chemours has named Brian Long , the former Fayetteville plant manager, to work with communities near its sites, Newman said.

“As part of that he is focusing on how we engage with community stakeholders around our sustainability efforts, including for our Fayetteville site,” he said.

Chemours has shown progress is possible, said Scott Faber, an attorney and vice president at the Environmental Working Group, which has worked on PFAS since 2001.

But it’s spending millions of dollars to cut PFAS emissions because regulatory authorities demanded it take actions, he said.

Building credibility and trust will require Chemours to proactively support policies such as effluent limits for PFAS beyond perfluorooctanoic acid (PFOA) and perfluorooctanesulfonic acid (PFOS), the most well-known of the group and ones that the U.S. Environmental Protection Agency is working towards regulating, he said.

Chemours supports Congress requiring the EPA to decide whether and how to regulate those chemicals by a deadline, Sueta said. And the company would support an EPA-driven review of the need to regulate other PFAS, he said.

The company wants the agency, not Congress, to determine any final regulatory standard, Newman said.