Kimberly Wise White—a rare example of a scientist and woman of color in a position of regulatory power within the chemical industry— wants to show that opportunities for people like her exist in a sector long dominated by White men.

“I hope that when they see there are people that look like them, they feel empowered to get the education and training they need, and aspire to be in roles like this,” she said.

Chemical makers produce the raw materials used to make a dizzying array of products for industries and consumers. The council spent at least $15.3 million on lobbying in 2020.

She’s worked at the council for 10 years overseeing groups of companies that focused on chemical policies. Now she manages a staff of 17 attorneys and other professionals who help develop the council’s policy positions on issues such as energy, security, trade, accident prevention, climate change, and chemical management.

White, a toxicologist by trade, replaced an attorney who worked at the council for more than two decades. As a scientist, she said she’d like to debunk the notion that chemical companies know little about the impact of the products they make by showing that manufacturers can be resources for health, environmental, and other information.

Choosing a toxicologist for the regulatory role “sends a strong signal that the private sector is listening to the scientists and promoting the use of the best available science to inform public health policies and regulations that are fair, equitable, and respectful,” said James H. Sherman, a senior toxicologist at Celanese Corp., a global chemical and specialty materials company. He worked with White on one of the industry panels she managed. 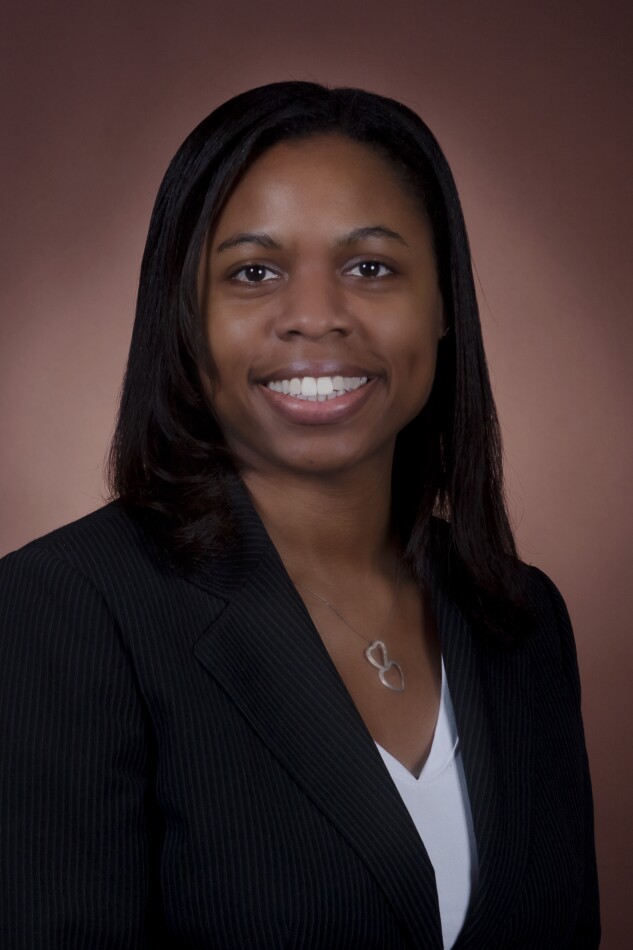 White’s new role will further her ongoing conversations with young scientists. She was born in Wilmington, Del., but spent most of her life in Richmond, Va. As a kid who loved playing with microscopes and pipettes, long thin tubes used in laboratories to transfer liquids, she chose to pursue biology and toxicology at Texas Southern University, one of the nation’s largest historically Black universities.

Few Blacks or women worked in her field when White graduated in 2005. That’s changed slightly, “but I would not say dramatically,” she said. “I generally still am one of just a few African American toxicologists that are working in our industry our field. I’d like to see that continue to grow.”

When dealing with controversial issues like chemical regulation, having women and people of color in positions of influence “can only lead to better decisions and more public confidence in those decisions,” said Linda Fisher, an attorney who retired as DuPont’s chief sustainability officer in 2016 and held senior posts at the Environmental Protection Agency under three Republican presidents.

“The more we see women, especially women of color, do well in leadership positions, the better and stronger our workforce and our society will be,” she said.

White’s new portfolio and the size of her staff are a “sea change” from her past position directing ACC’s chemical products and technology division, said David B. Fischer, an attorney at Keller and Heckman LLP who worked with White for years when he was at the trade association.

But her scientific curiosity and character have equipped her to handle this change, he said.

“She’s humble and self-aware enough to know what she knows and what she doesn’t know and when to seek advice,” he said. She’s also “super organized” and totally reliable, Fischer said.

Having a scientist with expertise in regulatory policies as the head of ACC’s regulatory arm has distinct advantages, attorneys and scientists who’ve worked for the chemical industry say.

Attorneys aren’t trained to focus on the practical implications of different regulatory options, but scientists in the chemical industry are, said Frankie Wood-Black, a physicist teaching at Northern Oklahoma College who formerly was both a consultant for and researcher in the chemical and petroleum industries.

“White will be attuned to thinking of unintended, adverse consequences that banning a chemical can have, and comparing the risks of different choices,” said Wood-Black, who doesn’t know White but is familiar with ACC.

Sherman, the Celanese toxicologist, said she has shown a talent for “achieving consensus” and easily can discuss complex topics with lawyers, senior corporate leadership, regulators, and other scientists.

White said she uses a basic strategy no matter whether she’s talking to a passenger on a plane or a CEO. She asks them questions about what they’ve heard and what they’re looking for, and then frames her remarks on what they already know and the problems they’re trying to solve.

She also uses simple language. Most people don’t understand common terms and concepts used in chemistry and the processes used to determine whether chemicals pose risks, she said. If a topic is complicated, she said she finds something that to compare it to that’s easily understandable.

White said she sees a key part of her role as finding ways to resolve problems.

“When you get a room of scientists together, they are looking for solutions,” she said.