A woman wearing an EU cap attends a concert on the Grand Place in Brussels as buildings pulsate with lights in the red, blue, and white of the British flag after the European Parliament ratified the Brexit agreement on Jan. 30, 2020.
Photographer: Sean Gallup/Getty Images

Post-Brexit regulation of controversial pesticides including glyphosate and neonicotinoids could be test cases for how far the U.K. is prepared to go in diverging from the European Union.

While the U.K. will no longer officially be part of the European Union come Saturday morning, the U.K. will continue to follow EU rules on pesticide authorizations during a transition period lasting at least through Dec. 31.

But when the transition period ends, the U.K. could choose to go its own way, with big implications for several significant pesticides, namely glyphosate, neonicotinoids, chlorpyrifos, and asulam. 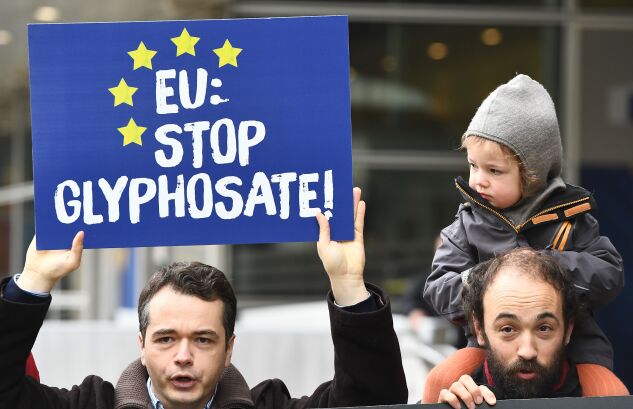 Anti-glyphosate activists in front of the European Commission in Brussels on Nov. 9, 2017.
Photographer: Emmanuel Dunand/AFP via Getty Images

The world’s most widely used herbicide, and an active ingredient in Roundup and numerous other products, glyphosate is authorized in the EU until 2022. Reauthorization will therefore be considered after the end of the Brexit transition period.

The substance is controversial in the EU, with public campaigns against its authorization and some EU countries against permitting it. Luxembourg will phase out its use beginning Saturday, becoming the first EU country to permanently ban glyphosate.

EU countries only narrowly approved reauthorization of glyphosate in 2017. The exit of the U.K. from the soon-to-be-27-country bloc could tip the voting scales against the substance in 2022.

Glyphosate will be “an early test of whether the U.K. will diverge” from EU rules, said Alan Speed, spokesman for U.K. industry group the Crop Protection Association. The U.K. government should take a risk-based approach and would be expected to reauthorize the substance in 2022, he said.

Glyphosate safeguards soils by reducing the need for plowing, and in the U.K. “we would expect uses of glyphosate to continue to be authorized as they are now,” said Chris Hartfield, senior regulatory affairs adviser with the National Farmers’ Union.

The Glyphosate Renewal Group, a coalition of companies including Bayer Agriculture Ltd. and Syngenta Crop Protection AG which is preparing the bid for EU reauthorization of the substance in 2022, “doesn’t wish to speculate” on EU-U.K. divergence, the group said in an emailed statement. 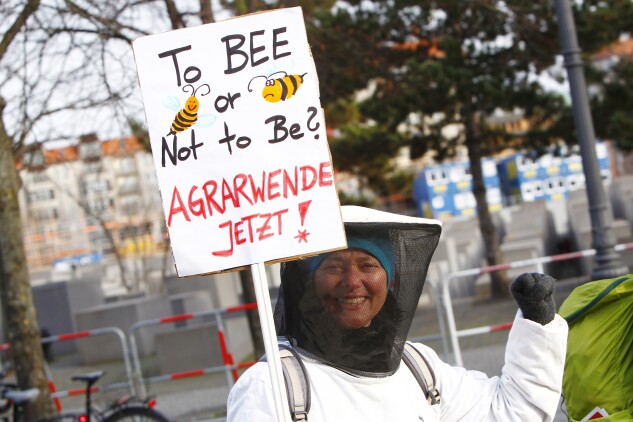 Neonicotinoids are seed-coating insecticides that have been linked to harm to bees. In 2013, the EU restricted and later largely banned the neonicotinoids clothianidin, imidacloprid, and thiamethoxam. In April a fourth, thiacloprid, will no longer be authorized in the EU.

The U.K. government for a long time resisted restrictions on the substances, but in 2018, in the most recent vote on clothianidin, imidacloprid and thiamethoxam, it changed position and backed a ban.

On those three substances, there is now “no reason to believe they would change their minds post-Brexit,” said Julian Little, spokesman for Bayer Crop Science in the U.K. Bayer produces produces clothianidin, imidacloprid and thiacloprid.

But the fourth substance, thiacloprid, has “a very good history of safe use,” and the U.K. government voted to allow its continued authorization in the EU, Little said.

It was difficult to say if the U.K. would stick to its most recent position in favor of a ban on clothianidin, imidacloprid and thiamethoxam, said Josie Cohen, head of policy for Pesticide Action Network UK, a group that advocates for reducing the impacts of pesticides on human health and the environment.

Prospects of EU reauthorization: Next to none.
U.K. authorization: Unlikely for clothianidin, imidacloprid and thiamethoxam; possible for thiacloprid. 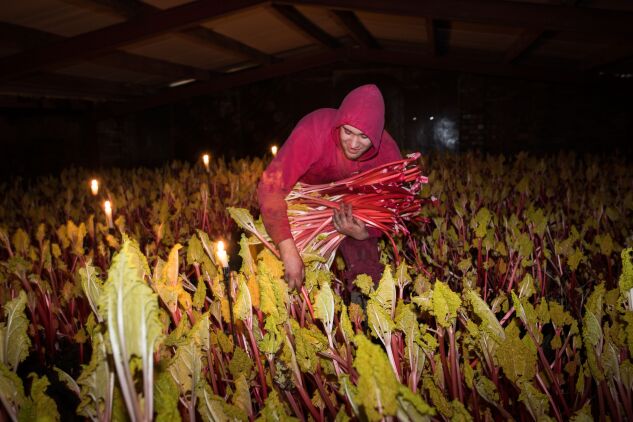 A worker harvests rhubarb on a farm near Leeds in northern England, Feb. 12, 2019.
Photographer: Oli ScarffAFP via Getty Images

After Jan. 31, EU authorizations for chlorpyrifos, which is used widely on fruit, corn, and other crops, must be withdrawn.

In the U.S., the Environmental Protection Agency proposed a nationwide ban on the chemical in 2015, but the process was halted when President Donald Trump took office in 2017.

Corteva Agriscience, which manufactures chlorpyrifos, remains opposed to the EU ban, which “denies EU growers access to yet another key tool to protect their crops,” said spokesman József Máté.

In the U.K., limitations on the use of chlorpyrifos predated the EU ban. “U.K. growers cannot use it in many situations. I’d be surprised if that changes,” said Cohen. 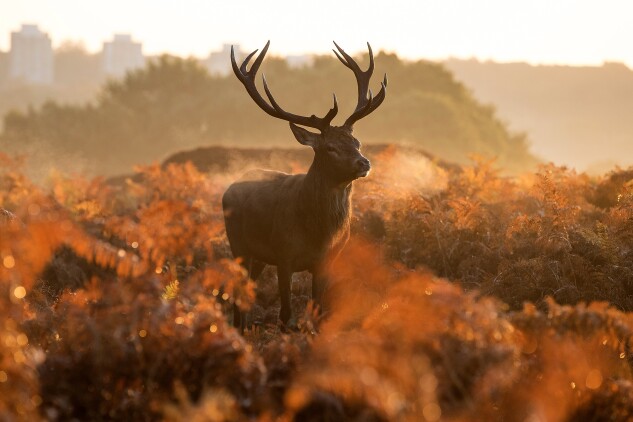 Asulam is a herbicide prohibited from authorization in the EU since 2012 because of its suspected toxicity and high risk to birds. However, the U.K. has authorized limited use of asulam on an emergency basis each year since then.

The substance is used to control a fern, bracken, on moorland and was little used in EU countries other than the U.K. Asulam is needed because bracken harbors sheep ticks that spread to other species, said Simon Thorp, coordinator of the Bracken Control Group.

Post-Brexit, “my hope and expectation is ultimately we will see that asulam for bracken control is a valid application,” Thorp said. Having to apply each year for an emergency authorization to use the substance is cumbersome and uncertain, he said.

Trade considerations would be unlikely to affect a U.K. authorization for asulam on bracken because its residues wouldn’t appear in exported food.

United Phosphorus Ltd., which applied for an EU authorization for asulam, didn’t respond to a request for comment.

Prioritizing Trade With EU, or U.S.?

“On Jan. 1, 2021, the UK plant protection product regime will remain very similar to the current EU regime,” said the Health and Safety Executive, the U.K.'s chemicals and pesticides regulator, in an emailed statement. “Changes will only be made where needed to ensure that it works sensibly in a UK only context.”

In establishing a distinct U.K. rulemaking plan for pesticides, trade will be a major consideration.

If the U.K. wants to maintain its food exports to the EU, it would have to largely continue to follow EU rules to ensure that traces of substances in food stay within allowed EU limits.

But if the U.K. prefers to align itself more closely to the U.S., giving U.S. producers access to its markets, it might need to alter its standards on pesticide residues to accommodate U.S. exports and change its rules on pesticides so U.K. farmers aren’t cut out of their own market.

Pesticide manufacturers, meanwhile, might not be enthusiastic about having to obey two sets of rules on pesticide authorizations, compared to only one set currently. But they might also see opportunities to get substances currently banned in the EU authorized in the U.K.

“Post-Brexit we do have an opportunity to develop a genuine, scientific risk-based approach in this area,” said Speed of the Crop Protection Association.

“Pesticides regulation is viewed by many as an ideal candidate for change,” with a perception that the EU “is following an increasingly politicized approach that has less and less to do with evidence,” said Hartfield from the National Farmers’ Union.

If the U.K. does prioritize its trade relationship with the U.S. over its ties with the EU, the current EU hazard-based approach to pesticide authorization will be “a big target,” said Cohen of the Pesticide Action Network UK.

“The EU is the strongest pesticide regime in the world,” with far fewer authorized substances than in the U.S., and in trade talks U.S. negotiators could push the U.K. toward a more risk-based regime, Cohen said.