A truck dumps coal at a coal prep plant outside the city of Welch in rural West Virginia on May 19, 2017.
Photo by Spencer Platt/Getty Images

Gerald Lucas, 69, is a former coal miner and federal mine inspector who now gives public tours underground at the Beckley, W.Va., Exhibition Coal Mine, a working mine that ceased operations in 1953. He describes it as a fun job that allows him to share his decades of experience with visitors.

Lucas’s career change is becoming more common among West Virginians as the rural state of 1.8 million moves toward a new economy in which coal is no longer king. The state, which had a poverty rate of 16% in 2019, has long felt the effects of coal’s decline. 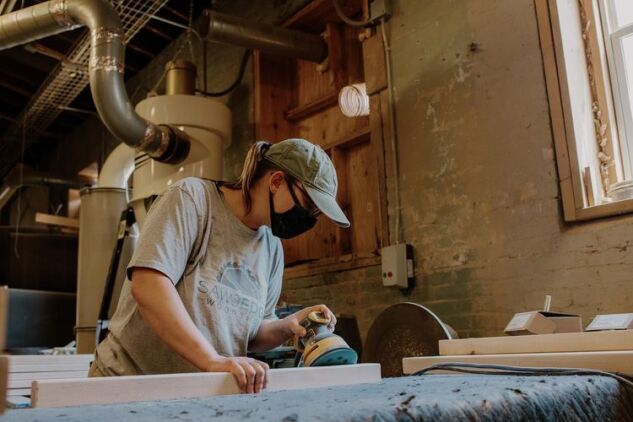 Amanda Whitlock sands chair legs at the West Edge Factory in Huntington, W.Va., which is owned by Coalfield Development, a nonprofit focused on rebuilding the Appalachian economy.
Photographer: Kristian Thacker for Bloomberg Businessweek

West Virginia lawmakers occupy on Capitol Hill as President introduces a sweeping infrastructure and climate package—the —and pledges to revitalize coal country. Senator , a conservative Democrat, is a crucial swing vote in the 50-50 Senate and chairs the Energy and Natural Resources Committee. Senator is the top Republican on the Environment and Public Works Committee and an architect of the GOP’s own infrastructure proposal, a to Biden’s. In the House, West Virginia members sit on the infrastructure-adjacent Ways and Means and Energy and Commerce committees.

West Virginia is the second-largest producer of coal in the U.S., behind Wyoming, but historically it has employed the lion’s share of industry workers. Although the number of coal miners nationwide has dwindled to the tens of thousands, in West Virginia they can earn an annual salary of up to about $90,000, money that has helped drive local economies. Even as coal production has shrunk and natural gas has accelerated, the industry in the state is still potent. Coal generated $14 billion in total economic activity in 2019, according to a March study from the West Virginia University College of Business and Economics.

“For the last century we’ve done all the heavy jobs, the dirty jobs,” says Manchin. “We’ve helped build this country by the energy we’ve produced.”

Acknowledging the shift from fossil fuels, the recently rolled out a road map to “enhance opportunities for miners, their families, and their communities.” It calls for support for coal-fired carbon capture and storage, to keep existing jobs; tax incentives for renewable-energy manufacturing, to create new ones; wage replacement and training for dislocated miners; and other measures.

But there’s skepticism that the transition can benefit coal country. “We believe that the Second Coming of the Lord is gonna get here before a just transition makes it our way,” United Mine Workers of America President said in April during a virtual press event he led with Manchin.

Capito says Biden’s clean-energy plans pose the risk of West Virginians losing out and that she’s determined not to let constituents “get dropped on their heads again.” She worries it will be a repeat of President Obama’s Clean Power Plan, which would have led to “basically just an abrupt closure” of fossil fuel activities “with a pretty callous regard as to what’s happened to people.”

Although Biden won only 30% of votes in deep-red West Virginia, his jobs plan holds the potential for investment in infrastructure and manufacturing, especially now that the Senate has lifted its ban on earmarks. West Virginia has a notable history in that respect: The name of the late Senator Robert Byrd, the long-serving Democrat and Appropriations Committee chairman, is affixed to numerous bridges, roads, and buildings around the state.

“When he took office, we had 4 miles of interstate—then we had one of the best systems in the nation because of him,” says Bill Bissett, president and chief executive officer of the Huntington Regional Chamber of Commerce and former head of the Kentucky Coal Association. “The reaction to federal aid with infrastructure is not always disliked here.”

Beckley, population 16,000, is the largest city in southern West Virginia and exemplifies the transition the state is trying to make by boosting manufacturing, tourism, and other industries. The Exhibition Coal Mine has a museum with traditional mining tools, as well as a restored coal camp and church on site. Nearby is Tamarack Marketplace, a light-filled Appalachian arts center and cafe that attracts half a million visitors a year. 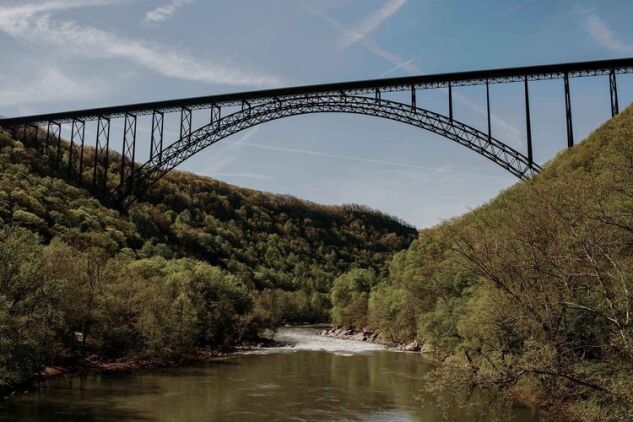 “Absolutely, tourism has taken off,” says Representative , a Republican, whose district includes New River Gorge National Park and surrounding areas. “And with that, people are building cabins, they’re expanding restaurants; they are beginning to understand how beautiful our countryside is. We are doing a lot better advertising for that.”

“West Virginia gets a bad rap. They think we are closed off,” says Bonny Copenhaver, president of . A Tennessee native who has been at the college for just over two years, Copenhaver says that when she first arrived, she didn’t hear much talk about a future after coal. But an alternative message “has sunk in drastically” during that period, she says. West Virginians saw that President tried and was not able to rescue the industry.

Still, “the stakes are high,” she says of the risks facing students who decide to learn a new trade. “What if the green technology never materializes?”

The New River Gorge Regional Development Authority recently announced an $8.3 million investment—$3.5 million of it from a federal grant—into redeveloping more than 100 acres outside the Raleigh County Memorial Airport to house aerospace manufacturing and mechanics companies that leaders hope to lure to West Virginia. Those jobs require skills similar to the technical know-how required in the coal industry. 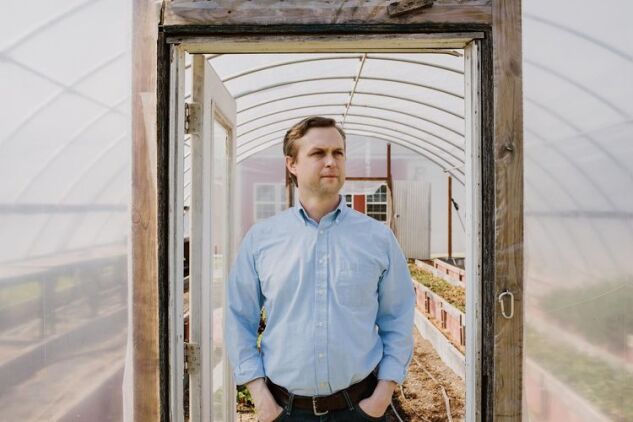 Although renewables currently account for a small fraction of the state’s coal-dominated electricity generation, a recent report from the West Virginia University College of Law said ramping up renewable energy and energy efficiency over the next 15 years would be cost-competitive and create thousands of jobs. New large-scale solar projects are in development.

Brandon Dennison is the founder and CEO of Coalfield Development, a West Virginia-based nonprofit that aims to rebuild the Appalachian economy and help fossil fuel workers shift to different industries. Dennison acknowledges that there’s a significant pay gap between the old jobs and the positions replacing them. “We’re honest about it,” he says. “We agree that with the new jobs that are coming with the new economy, we need to push on industry to pay better, and I think unions are going to become really relevant again to make sure that happens.”

Lucas, the coal-miner-turned-tour-guide, was born in Burnwell, originally a coal camp, about 30 minutes northwest of Beckley. After 45 years in mining, he’s had two shoulder surgeries and a knee operation, and recently he received the good news that he doesn’t have black lung disease. He enjoys his current job; of the old ones, he says, “I don’t remember any of it being easy.”

Lunney is a reporter for .

To contact the author of this story:
in Arlington at klunney2@bloomberg.net