The EPA is deep in the process of transforming itself into a civil rights agency that thinks differently about how it gives out grants, prioritizes its resources, and enforces the law, the agency’s top official on the issue says.

As part of that work, the Environmental Protection Agency is pivoting from a largely reactive stance on civil rights to one that aggressively ventures into the field on its own initiative, scanning for areas of greatest concern and kicking off tough compliance reviews, said Lillian Dorka, director of the agency’s external civil rights compliance office.

“This agency wants to be a civil rights agency,” Dorka, who has been with the agency since 2014, told Bloomberg Law. “We haven’t always used the full scope of our authority.”

Dorka’s office enforces Title VI of the Civil Rights Act, which prohibits organizations that get federal funding from discriminating in any of its programs or activities on the basis of race, color, national origin, sex, disability, and age.

That work is likely to become especially critical because the EPA is poised to send out more than $50 billion in new grant funding under the bipartisan infrastructure law. A separate EPA office defends civil rights for the agency’s own employees.

Dorka acknowledged that, historically, the idea that environmental enforcement is synonymous with civil rights enforcement has “been a road less traveled.”

“If they don’t do anything, they won’t make a difference,” said Flowers, who also serves on the White House Environmental Justice Advisory Council. “Doing something will at least move the needle. We may not have major victories, but we could have small victories before we win the war.”

But not everyone agrees.

“By diverting from its mission, the EPA is taking its eye off the ball and undermining the very people it claims to want to help,” said Daren Bakst, senior research fellow in regulatory policy studies at the Heritage Foundation. “The EPA is not a civil rights organization and is utterly unequipped to be one. Nor should the agency be used as a means to push unrelated, vague societal objectives.”

To help it pivot to a more proactive footing, the external civil rights compliance office is intensifying its communications with the Justice Department—which has itself prioritized environmental justice—and is working with all the EPA’s offices to “figure out how they can include the core civil rights obligations into everything they put out,” Dorka said. 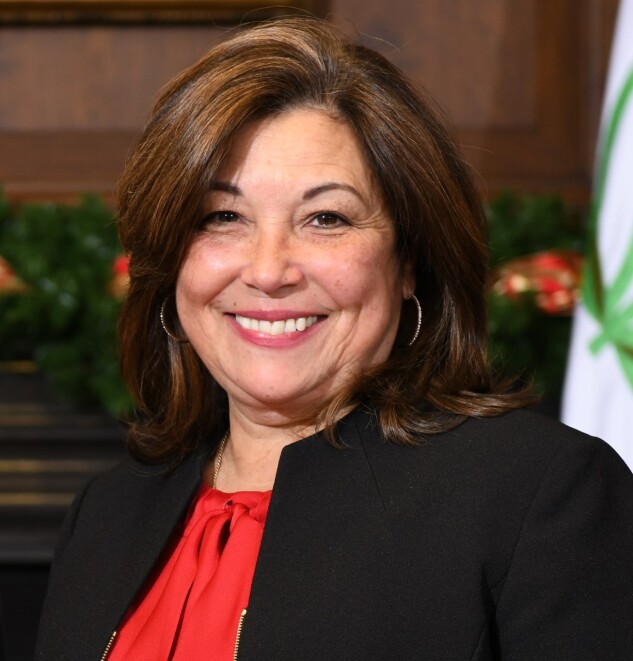 The office is also readying instructions to states and other grant recipients about the procedural safeguards they must have in place to comply with federal civil rights law.

That guidance, expected “in the very near future,” will address requirements such as grievance procedures for addressing discrimination charges and access for people with limited English proficiency or disabilities, Dorka said.

Further guidance will be coming on how the EPA thinks organizations should analyze the effects of their actions on different groups of people under civil rights law, with a specific focus on permitting, according to Dorka.

The external civil rights office may also be merged with the EPA’s environmental office into a new division that would be “at par with the Office of Air and the Office of Water,” Dorka said.

Separately, the office is looking into an interactive website that will let users click through to see civil rights complaints that have been received, creating a transparent “one-stop shop,” she said.

Much of the newfound impetus has come from the Biden administration, Dorka said. President Joe Biden directed federal agencies to embed equity into their programs and services on his first day of office, and EPA Administrator Michael Regan has repeatedly cited it as one of his top priorities.

The EPA’s recent draft strategic plan also included, for the first time, the advancement of civil rights as one of its top goals.

Already Dorka’s office is “receiving more complaints than ever before,” with more than 20 since the fiscal year began. She speculated that the increase is happening because “folks believe that this administration is serious about the commitment to strengthening federal civil rights laws—that we’re not going to shelve something and let it sit there for 20 years.”

Her comments echo those of Jeffrey Prieto, EPA general counsel, who said in February that the agency is undertaking “a significant amount of work in terms of addressing the number of complaints and reviews that have been submitted” under Title VI.

But the office is also hamstrung by a lack of resources, with only 12 full-time staffers. Biden’s fiscal 2022 budget would increase that number to 29.5.

The office’s small staff won’t necessarily slow down its big-picture ambitions, according to Cary Coglianese, a regulatory law professor at the University of Pennsylvania Law School.

“I think that’s less important than what the tone from the top is, and the priorities of the agency,” Coglianese said. “A committed leader of an organization who makes it a priority to shift focus, and emphasizes that in every appearance they make, and really tries to drive that through the management, can probably matter more than whether you have a 12, 15, or 30- member office dedicated to civil rights.”

Much will depend on whether the EPA is able to inculcate civil rights into every employee’s day-to-day mission, “instead of creating one small office, because the risk is that everyone else will think, ‘That’s the office of civil rights’ responsibility, not ours,’” Coglianese said.

That’s exactly what Dorka said she’s working on, by reaching out to all EPA staff with more education, training, and technical assistance.

“It’s not just something that is reserved for our office to do,” she said. “It’s the full force of EPA.”

Coglianese also acknowledged that a future administration could try to shrink the civil rights office or curtail its mission. But doing so wouldn’t be easy if the Biden administration staffs up quickly, given the civil service protections in place, Coglianese said.

“And it might be politically more challenging to undo a regulation that is focused on equal justice,” he said. “Maybe a new administration would be a little bit ashamed to do that.”