A healthcare worker administers a dose of the Moderna Covid-19 vaccine at a walk up vaccination site in San Francisco.
Photographer: David Paul Morris/Bloomberg via Getty Images

Workers may be more likely to take Covid-19 vaccines if they knew any harmful side effects would be covered by workers’ compensation, yet companies must be careful about how they talk about the legal status of such illnesses, employment lawyers said.

Adverse reactions to employer-mandated vaccines are likely covered by state workers’ compensation systems, although the law is less clear for workers who get sick from inoculations that were merely encouraged or facilitated by employers, attorneys and legal scholars said.

Reports of allergic reactions and other harmful side effects from the Covid-19 vaccines have been rare. Regardless, fear about getting sick from the vaccines is a chief reason why some people are reluctant to get inoculated, said Dorit Reiss, a law professor at the University of California Hastings College of the Law who specializes in vaccine policy.

Knowing that illnesses from employment-related vaccinations would be covered by workers’ compensation has the potential to tamp down some of that reluctance among workers, but only if coverage information is messaged correctly, Reiss said. 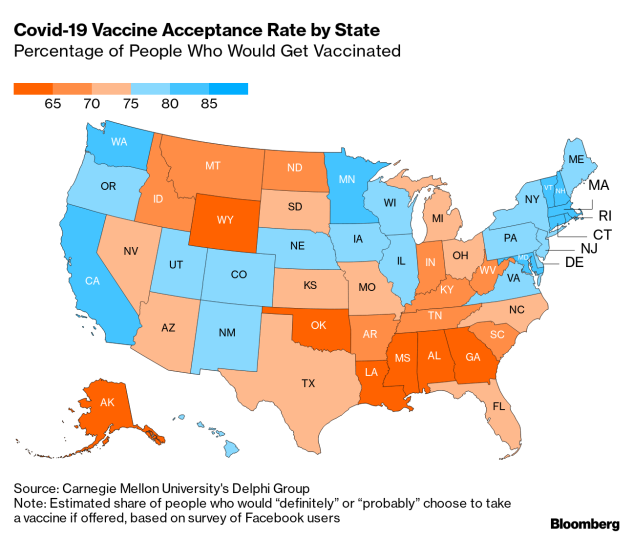 Workers’ compensation was designed as a mutually beneficial—and exclusive—route to address on-the-job injuries and illness. Each state administers its own system with its own rules. Workers get medical expenses and partial wage replacement without needing to prove fault, while employers are shielded from lawsuits that could prove far more costly than their insurance premiums.

Without access to those systems for adverse reactions to Covid-19 vaccines, workers must file claims with the federal Countermeasures Injury Compensation Program because the pandemic was declared a public emergency. That countermeasures program makes it more difficult to win benefits and gives out lower payments than the federal program normally used for vaccine-related illness claims.

For employers that want a vaccinated workforce, workers’ compensation coverage for illnesses stemming from inoculation is one of many factors to consider when deciding whether to require vaccination, or merely encourage and facilitate it.

Yet that factor is unlikely to tip the balance in favor of mandates, given other potential drawbacks like dealing with morale issues from imposing the requirement, complications arising from accommodation requests, uncertainties related to the vaccines being approved on an emergency basis, and the prospect of firing noncompliant employees, lawyers said.

“If you’re solely concerned with wanting to be covered by workers’ compensation in the event an employee gets sick, it seems like mandating vaccination would be your best best,” said Randi May, a management-side employment lawyer at Hoguet Newman Regal & Kenney. “But if you weigh it together with all the other issues, mandating it will probably come out to be more of a headache.”

Workers may be more open to participating in employer vaccine programs if they knew they could count on workers’ compensation for any adverse reactions.

But employers should refrain from communicating with workers about such coverage, aside from circulating information from state agencies and providing basic information about how to file claims, attorneys said.

“Notification that an employer has workers’ compensation coverage is governed by state law,” said Christina Janice, an attorney at the management-side firm Barnes & Thornburg. “The determination of whether a claim for illness or injury is compensable is made by the state agency, not the employer.”

While each state has its own system to decide what’s covered by workers’ compensation—with some more restrictive than others—the traditional threshold for coverage turns on whether an injury or illness “arises out of and in the course of employment,” said Michael Duff, a law professor at the University of Wyoming.

Illnesses arising from vaccines that workers were paid to take are probably compensable, Duff said. That scenario is analogous to the way that injuries from employees’ commutes aren’t covered by workers’ compensation unless employers pay them for that travel time, he said.

Adverse side effects from getting a shot at a vaccine clinic hosted by an employer is also probably covered, since the inoculation happening on work premises creates a connection to employment, Duff said.

But states might view such illnesses as falling outside the course of employment, like an injury sustained in a work gym or a burn from a coffee at an on-site cafeteria, lawyers said.

Nevertheless, state courts are likely to err on the side of protecting employers from liability by finding an adverse vaccine reaction was covered by workers’ compensation, said J. H. Verkerke, a law professor and director of the University of Virginia’s Program for Employment and Labor Law Studies.