For businesses cutting workers’ pay to spread the economic pain of the coronavirus pandemic, what’s legally defensible may not be what’s fair.

That’s because any departure from across-the-board pay cut formulas, even to address a single worker’s dire family situation, could land employers in hot water with a potential discrimination lawsuit, attorneys said. If employers make any decision to make a narrower salary cut than an entire team or department, then those decisions should be properly justified, according to Alston & Bird partner Brett Coburn.

That holds true even if across-the-board cuts have the effect of widening existing pay gaps between women and minority workers as compared to white, male counterparts.

“In the COVID-19 era, where companies must evaluate compensation and make hard choices, sometimes empathy and fairness are not on the same page,” said Reavis Page Jump LLP managing partner Heidi Reavis.

Employers across a wide spectrum of industries—from carmaker Tesla Inc. and ride-hailing app Lyft Inc. to law firm Baker Botts—have reduced salaries across job titles and corporate levels as an alternative to adding to the millions of people newly unemployed.

Some have cut by higher percentages at top levels and less toward the bottom, exempting employees who make less than a certain amount. Some chief executives have stopped taking paychecks at all. Sports broadcasting network ESPN asked its highest-paid anchors to take 15% pay cuts. Others have cut across the board by equal percentages.

Employers have to put empathy for individual workers or circumstances on the backburner, even if the cuts hit some employees harder than others, Reavis said.

“Favoring a sick colleague or a single female raising a family might seem the right empathetic choice, but result in unfairness to others and expose the company to a lawsuit from others whose compensation was reduced or whose jobs were terminated, yet not in a protected class,” Reavis said.

And lots of employers are still looking to cut salaries during the public health emergency.

“I haven’t seen so many employers do this in such a short period of time ever in my practice,” said Sonya Rosenberg, a partner with Neal Gerber Eisenberg in Chicago, of pay cuts across the board. “It happened in the 2008 downturn, but the frequency and urgency that we’re seeing today is quite unprecedented.” 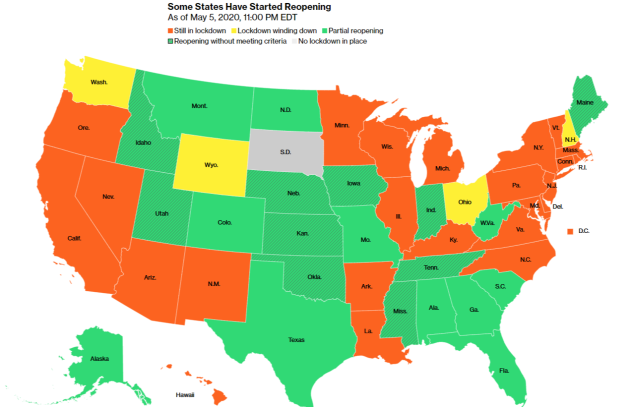 ‘Weights’ on Our Legs

Mintz member Jen Rubin said businesses will be in the most legally defensible position if the pay cuts are motivated by a “legitimate business objective,” and determined based on neutral criteria like positions within an organizational chart, or rolled out across the board for employees earning over a certain dollar figure each year.

Under those circumstances, the employer isn’t differentiating between workers when making salary decisions, she said.

“That is totally appropriate, and it’s going to be much harder to make a mistake under those circumstances,” she said, but added that “obviously individuals earning at a lower level are going to feel it more.”

“I expect employment decisions in the COVID-19 era to exacerbate pre-existing pay disparities and wage gaps,” Reavis said. “We’re starting out this marathon with weights already on our legs.”

If done correctly, “across the board at the same percentage,” cuts shouldn’t exacerbate existing pay gaps, Coburn said. “But if some people are cut and others are not, or if different people or groups get different levels of cuts, then that could have the potential to exacerbate existing issues.”

If the effects of the 2008 recession are any indication of what is to result from the coronavirus pandemic, female workers will be harder hit, Rosenberg said. She’s also president of the Chicago chapter of the Coalition of Women’s Initiatives in Law.

A report published in the Indiana Journal of Global Legal Studies showed that female lawyers’ salaries as a percentage of male lawyers’ salaries dipped from 80.5% in 2008 to 74.9% in 2009, and then slightly improved to 77.1% in 2010. In 2011, the gap shrunk to 86.6%, but the study pointed out that disparities persisted after the recession, and women still predominantly make less than men overall in the legal sector.

The Equal Employment Opportunity Commission began collecting pay data broken down by race, sex, and ethnicity for the first time in July 2019, but won’t do so in the future. Sen. Patty Murray (D-Wash.) encouraged the agency to continue collecting the data, saying the government could use the information to shrink existing and potential race and gender pay gaps.

“As COVID-19 unfolds, women are most likely to experience economic hardship and additional pay inequity,” Murray said in the letter. “Given the significant economic challenges women, especially women of color, continue to face during this pandemic, we need more tools—not less—to ensure the pandemic does not widen the pay gap for women.”