and the have forced Amazon, Apple, and other major employers to raise wages in the past year. But for Detroit’s automakers, the bill likely won’t come due until 2023. That’s when , , and (née Chrysler) will sit down with the to hammer out a new four-year labor contract for 150,000 employees. 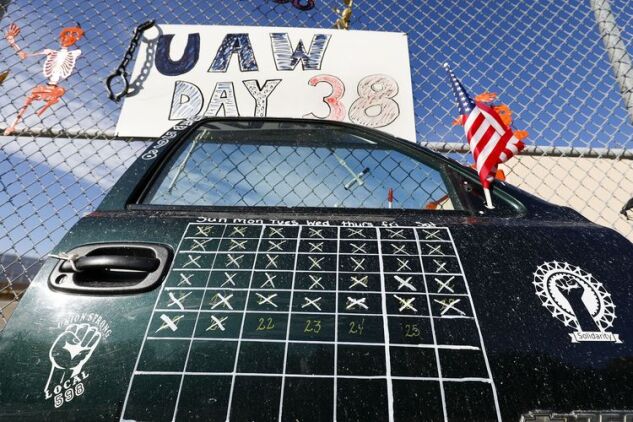 At the General Motors Flint Assembly plant in Michigan in 2019, a truck door shows the number of days a UAW-GM strike had lasted.
Photographer: Bill Pugliano/Getty Images

When they last came to the table, in 2019, GM workers went on a 40-day strike that cost the company about . The hot-button issues then were the use of temporary ...