Unions that chafed under additional financial recordkeeping and disclosure requirements imposed during the Trump administration got relief when the NLRB’s new top lawyer rolled back a slate of his predecessor’s policies.

Those now-defunct memos were part of a multi-pronged effort by former GC to increase the NLRB’s oversight of unions.

“Robb’s main goal was to hurt and hobble unions,” said Julie Gutman Dickinson, managing partner of the union-side law firm Bush Gottlieb and former NLRB attorney. “One of the ways he tried to do that was to unjustifiably impose new requirements on unions wherever he could, even though there were well-reasoned, legally sound, and long-established procedures already in place that protected workers’ rights.”

Beyond the practical effect of lifting disclosure and recordkeeping burdens from unions, spiking those memos highlights the dramatic change of direction underway in the NLRB general counsel’s office. The Biden administration installed Ohr as the acting GC after firing Robb and Robb’s top deputy, a break in precedent that will generate legal challenges.

Ohr dumped 10 of Robb’s general counsel memos, two operations directives, and a pair of cases aimed at restricting union neutrality agreements in a flurry of activity shortly after assuming control of the NLRB’s legal arm late last month. He also asked the NLRB to let the GC’s office abandon Robb’s personal crusade against unions’ use of “Scabby the Rat” and other inflatable protest symbols at labor demonstrations.

Along with ending Trump-era policies, Ohr is expected to refocus the types of unfair labor practice charges the general counsel’s office prosecutes and the legal theories it pursues to change NLRB law.

“Peter Ohr, I am quite confident, has a much more expansive view of the National Labor Relations Act and protecting workers’ right than Peter Robb did,” said Lafe Solomon, acting NLRB general counsel during the Obama administration. 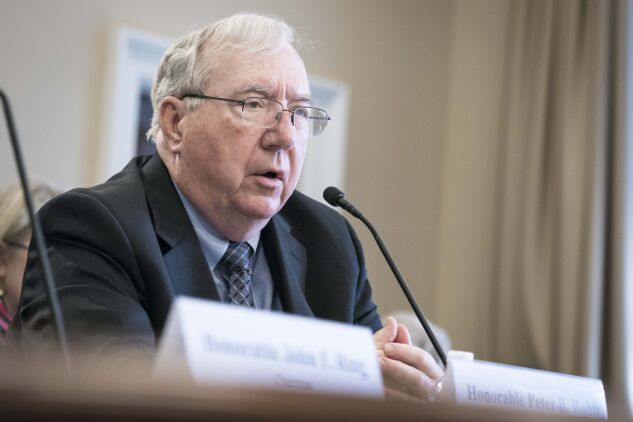 Union finances are subject to robust government oversight, according to union lawyers. In addition to extensive fiscal information they must submit to the Labor Department, their determinations on what expenses are connected to representation—and thus can be charged to nonmembers—are also heavily regulated, attorneys said.

“What Robb was doing was taking the already expansive regulatory oversight of labor organizations and push it way over the limits that had been established many years before,” said Robert Giolito, a lawyer who represents workers and unions in the entertainment industry. “Establishing multiple additional requirements in an already regulated area was a way of encouraging more employees to opt out of being union members.”

In one of his disclosure memos, Robb emphasized the need to provide individual workers with more information about the financial implications of union membership so they could make informed decisions about whether to join. He also said procedural changes were necessary to give workers meaningful access to the NLRB to challenge union determinations on whether nonmembers could be charged for certain expenses.

Ohr didn’t specifically explain why he withdrew the Robb memos that imposed new disclosure requirements. But in his directive that scuttled those two memos along with eight others, Ohr said the policies were either unnecessary or conflicted with board law or the stated purpose of the National Labor Relations Act, which is to encourage collective bargaining and protect workers’ labor law rights.

“Rather, it exposes their real priority, which is the expansion of union boss power to the detriment of individual workers,” said Patrick Semmens, a spokesman for the foundation, a conservative advocacy group that litigates against unions.

The foundation asked Ohr in a Feb. 4 letter to reinstate one of the withdrawn financial disclosure memos—an April 2019 directive that created new requirements based on Robb’s interpretation of a board decision prohibiting unions from charging nonmembers for lobbying expenses.

The NLRB’s bar against fee-funded lobbying in its March 2019 decision in United Nurses and Allied Professionals (Kent Hospital) was upheld by the U.S. Court of Appeals for the First Circuit in September 2020, the foundation noted in its letter.

Based on the board’s lobbying expenses ruling, Robb instructed agency personnel investigating unions accused of overcharging nonmembers to provide detailed explanations of how they decided which expenses they could include in agency fees.

That demand for unions to explain themselves against allegations flipped the burden of proof for those types of cases. Previously, a worker accusing a union would have to show the general counsel’s office why a particular expense shouldn’t have been charged to agency-fee payers.

“As a result, any employee could file a ULP charge against a union and say, ‘I disagree with a chargeability determination,’ and then unions had to open their books,” said Angie Cowan Hamada, an attorney at the union-side firm Allison Slutsky & Kennedy. “Unions are disclosing more of their audits, but the fact that they could be hit with a ULP charge with no foundational basis was pretty shocking.”

The second withdrawn memo, which Robb had issued two years ago, required unions to provide in initial notices to workers the amount a worker would save by paying agency fees as a nonmember rather than dues as a member. Under board law, unions don’t have to give that information until an employee chooses not to be a member and then takes the additional step of objecting to paying the full dues amount.

Some unions responded to that memo by redesigning how they conduct audits and what information they provide to workers, Hamada said. Others that continued with their previous practices were willing to litigate the issue to appellate courts if necessary, she said.