A California state judge struck down a voter-approved ballot measure bankrolled by , , and that declared drivers for the companies were independent contractors.

Proposition 22, which in a statewide vote in November, exempts the so-called gig economy businesses from a state labor law requiring more companies to hire workers as employees and provide them benefits.

The judge found that Proposition 22’s provisions tying the legislature’s hands regarding which workers are covered by worker’s compensation law, and regarding collective bargaining in future gig work, violate the state’s constitution.

“If the people wish to use their initiative power to restrict or qualify a ‘plenary’ and ‘unlimited’ power granted to the legislature, they must first do so by initiative constitutional amendment, not by initiative statute,” Alameda County Superior Court Judge said in the ruling issued Friday. 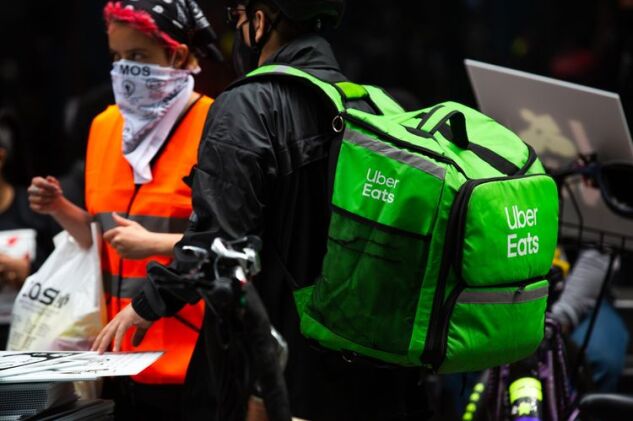 Uber vowed to appeal and said it expects to win.

“This ruling ignores the will of the overwhelming majority of California voters and defies both logic and the law,” Uber spokesperson Noah Edwardsen said in an email. “Meanwhile, Prop 22 remains in effect, including all of the protections and benefits it provides independent workers across the state.”

The California attorney general’s office, which defended Proposition 22 in court, didn’t immediately respond to a request for comment.

University of California Hastings law professor Veena Dubal said the ruling is an “important first decision in what will end up being a very consequential legal battle.”

The California workers compensation law issues presented in the case are relatively novel, making it harder to predict what will happen on appeal, said Dubal, who supported the plaintiffs in a friend-of-the-court filing. “There’s not a lot of case law here to draw on,” she said.

Uber, Lyft, DoorDash, and Instacart spent about $200 million on the campaign to pass the measure, which deems app-based drivers contractors while providing them some alternative perks.

Along with shielding the companies from liability in California, where the state attorney general has been suing Uber and Lyft for not providing drivers with employment benefits like the state’s hourly minimum wage, the ballot measure was an important boon for the firms in their efforts to deter state and federal lawmakers and officials elsewhere from targeting their business models.

A coalition including Uber and Lyft has petitioned to place a similar measure on the ballot in Massachusetts, and the companies have held talks in New York aimed at forging a compromise that supporters said would help head off a ballot box battle like in California.

“For two years, drivers have been saying that democracy cannot be bought,” Bob Schoonover, president of the Service Employees International Union California State Council, one of the plaintiffs, said in a statement. “And today’s decision shows they were right.”

To contact the reporters on this story:
in Palo Alto at jeidelson@bloomberg.net;
in San Francisco at pblumberg1@bloomberg.net