America’s labor market defied forecasts for a Depression-style surge in unemployment, signaling the economy is picking up faster than anticipated from the coronavirus-inflicted recession amid reopenings and government stimulus. 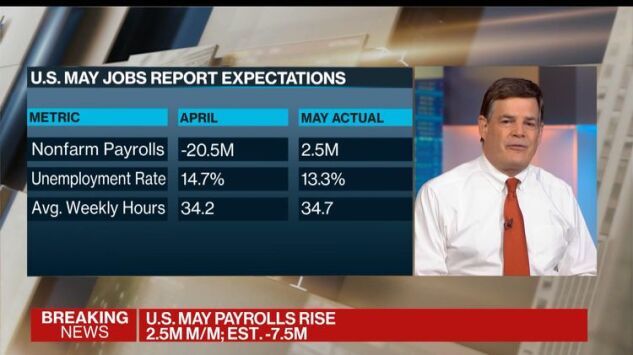 America’s labor market unexpectedly rebounded in May. Nonfarm payrolls rose by 2.5 million and the jobless rate fell to 13.3% from 14.7%.
Source: Bloomberg)

A broad gauge of rose by 2.5 million in May, trouncing forecasts for a sharp decline following a 20.7 million tumble the prior month that was the largest in records back to 1939, according to Labor Department data Friday. The fell to 13.3% from 14.7%.

U.S. stocks jumped after the report with the S&P 500 up 2.9%, adding to weeks of gains in equities since mid-March. The figures were so astonishing that President held a news conference, where he called the numbers “outstanding” and predicted further improvement before he’s up for re-election in November. 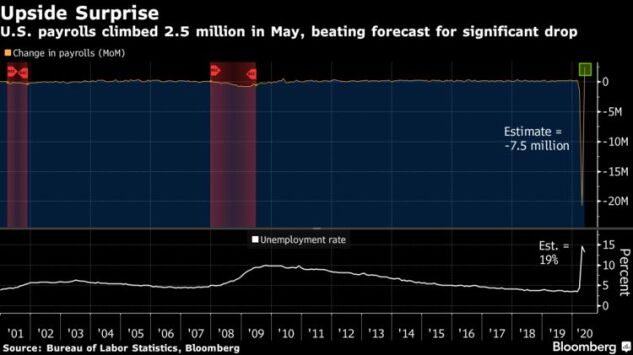 While the overall picture improved, there are still major caveats: 21 million Americans remain unemployed with a jobless rate higher than any other time since 1940, indicating a full recovery remains far off with many likely to suffer for some time.

And the return to work is uneven, with unemployment among African Americans to 16.8%, matching the highest since 1984, even as unemployment rates declined among white and Hispanic Americans. That comes amid nationwide protests over police mistreatment of African-Americans, which have drawn renewed attention to race-based inequality.

“The May employment report showed that lifting lockdown measures in the beginning of the month drove broad-based improvement across various labor-market metrics... Despite this improvement, a significant gap between wage income growth and its recent trend suggests that an additional round of fiscal measures in the second half of the year, directly aimed at supporting the labor market, may still be required.”

for the full reaction note.

The unexpected improvement wasn’t limited to the U.S. figures. North of the border, Canadian employment rose 290,000 in May, compared with forecasts of a 500,000 slump, its statistics office reported Friday.

The data show a U.S. economy pulling back from the brink as states relax restrictions and businesses bring back staff amid record government stimulus, including loans that were contingent on rehiring workers. At the same time, the lack of an effective treatment for Covid-19 -- which has already killed more than 100,000 in the U.S. -- means infections may persist and possibly surge in a second wave, with the potential to further shake the labor market and extend the economic weakness. 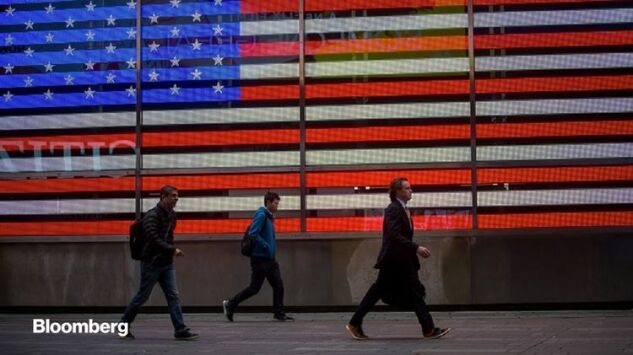 “Clearly the labor market turned the corner in late April, early May. We’re seeing a rebound of labor-market activity,” said , chief economist at Action Economics, who had estimated a payrolls decline of 2 million, the second-closest estimate. He expects June economic and labor-market data to show further improvements and plans to revise up his forecast for second-quarter gross domestic product.

The latest figures may give a boost to Trump, who has Democratic challenger in polls amid dissatisfaction with the president’s response to the pandemic and the death of George Floyd. The numbers could also reduce pressure on policy for of fiscal support, with Democrats and Republicans at odds over the timing and scope of new measures following record aid approved by Congress.

“The only thing that can stop us is bad policy, like raising taxes and the Green New Deal,” Trump said Friday. He also he’ll ask Congress to pass more economic stimulus, including a payroll tax cut. 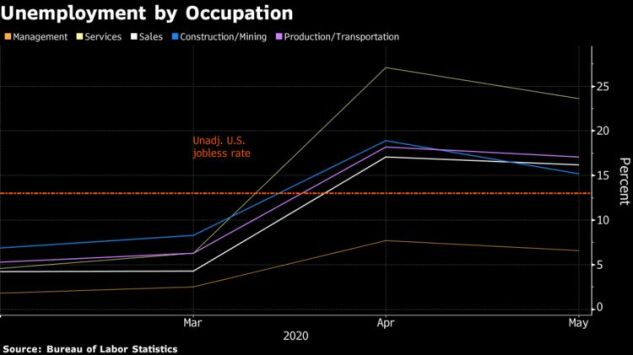 Economist forecasts had called for a decline of 7.5 million in payrolls and a jump in the unemployment rate to 19%. No one in Bloomberg’s survey had projected improvement in either figure.

One caution noted by the U.S. Labor Department: the unemployment rate “would have been about 3 percentage points higher than reported,” so 16.3% if data were reported correctly, according to the agency’s statement. That refers to workers who were recorded as employed but absent from work due to other reasons, rather than unemployed on temporary layoff.

The broader rate -- which includes those who haven’t searched for a job recently or want full-time employment -- fell only slightly to 21.2% in May from 22.8%. In February, it was 7%, with the main unemployment rate at a half-century low of 3.5%.

The employment-population ratio rose to 52.8% from 51.3%. The participation rate -- or the sum of employed and unemployed Americans as a share of the working-age population -- advanced to 60.8% from 60.2%, with both indicating people are coming back to work.

Hiring in May was broad-based, with hard-hit restaurants rebounding along with retail and health care. But state and local government workers were hammered for a second month, with 571,000 job cuts.

“The bounceback started earlier than most expected, but don’t get too excited about this one month of data,” said , an economic-research director at jobs website Indeed. “Sectors hit hardest by the coronavirus are the ones seeing the largest bounceback in employment.” 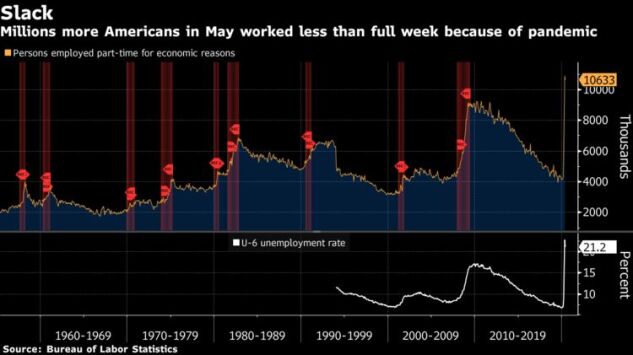 Manufacturing payrolls rose by 225,000, following a 1.32 million decline in April.

The share of the unemployed on temporary layoff fell to 73% from a record-high 78.3%. Goldman Sachs Group Inc. economists said before the report that if job losses remain concentrated in furloughs, “it would increase the scope for a more rapid labor market recovery.”

Average hourly earnings for employed private workers rose 6.7% in May from a year ago, following 8% in April, as the return of low-wage workers skewed pay figures back downward a bit.