The U.S. Supreme Court ruling Wednesday gutting a California regulation that allows unions to recruit, protest, and organize on farm property could further weaken farm labor in the state at a time when the coronavirus pandemic spotlighted farmworkers’ limited rights nationwide.

At the same time, farmers and business groups said the ruling was an important move to protect property rights by denying union organizers from gaining access without compensating landowners.

“This decision protects everyone’s freedom to decide for themselves who is—and is not—allowed on their own property,” Mike Fahner, Cedar Point Nursery owner and president, said in a statement.

Cedar Point, a strawberry farm near California’s border with Oregon, and Fowler Packing Co., which grows grapes and citrus in Fresno County, challenged the state’s rule that allows union organizers to approach workers on-site. The dispute emanated from a 2015 protest where union organizers came onto the Cedar Point property to recruit members.

The high court’s 6-3 ruling, which fell along ideological lines, focused on the clash between property rights and union interests. But it also highlights the rights of farmworkers who were deemed essential during the Covid-19 pandemic and could provide a new tool to fight government regulation in areas outside the agriculture industry, academics and attorneys say.

“The Supreme Court went out on a limb and created a broad rule in context of farm labor,” said Beth Lyon, law professor and founding director of Cornell University’s Farmworker Legal Assistance Clinic. “It will be interesting to see how it plays out in other industries.”

The justices said the 1975 provision, which grew out of the efforts of Cesar Chavez to give farmworkers collective bargaining rights, infringed on the rights of agricultural employers by taking their property without compensation.

Worker advocates had said the California access regulation was a critical tool for informing vulnerable farm laborers of their rights.

“It makes a racist and broken system even more unequal,” said Mario Martinez, a farmworker rights attorney who represents the United Farm Workers of America. “It affirms the discriminatory treatment against farmworkers as their contribution was recognized during the Covid-19 pandemic.”

The National Labor Relations Act excludes protections for farmworkers, so only a small percentage of these workers are unionized. This is similar to other federal laws that exclude farmworkers from workplace protection, including the guarantee of overtime.

Only 1.9% of workers in agriculture and related industries were represented by unions in 2020, according to the Bureau of Labor Statistics .

President said that Congress should grant farmworkers more rights, after decades of exclusion rooted in structural racism and the relics of Jim Crow laws. Several bills are pending in Congress to expand rights and ease the pathway to citizenship for farmworkers.

Rights to overtime and collective bargaining have been proposed in some states, but efforts have been slow to gain traction.

Only a handful of states allow agriculture workers to organize. New York became the latest one to expand rights of farmworkers by allowing them to organize and expanding overtime rights. Idaho and Maine repealed laws related to collective bargaining for farmworkers. Other laws protecting field workers have faced a sharp decline in use or have rarely been utilizied, including in Arizona and Kansas.

The California Justice Department, which argued for the regulation, didn’t respond to an email requesting comment.

The Pacific Legal Foundation, which represented Cedar Point, said the Supreme Court decision was a big win for property rights.

Pro-business groups, including the Cato Institute, the U.S. Chamber of Commerce, and a coalition of states, have backed the growers to the Supreme Court in friend-of-court briefs, arguing the intrusion on land that leads to business disruption violates property rights.

Cornell’s Lyon said many states allow individuals to help farmworkers, particularly those who live on-site on farms. She said few states allow private individuals access to the worksite, as the regulation in California did.

“The direct impact remains to be seen. Organizing farmworkers is just very difficult to do,” Lyons said. “These people are isolated and in rural areas. It’s an uphill battle.” 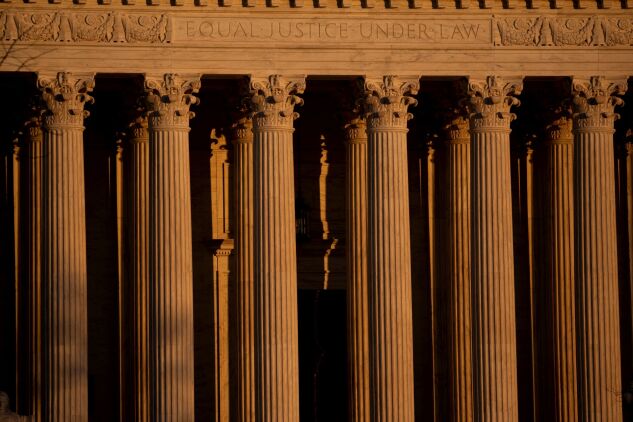 The California Agricultural Labor Relations Board’s regulation at issue before the court was adopted in 1975 to protect farmworker labor rights. The United Farm Workers of America and the United Food and Commercial Workers Union said the conditions for farmworkers that create barriers to fair treatment haven’t changed since that rule was created.

The unions say the rule was created because many farmworkers, who are migrants and often are itinerant, are hard to reach in their homes. Martinez, a partner with Martinez, Aguilasocho & Lynch, said that the tool was critical to reach these workers and is frequently used in California.

The impact on labor could be muted if California finds a way for either the labor board or unions to compensate farms for the time spent on-site, said Jeffrey Redfern, with the Institute for Justice. Redfern litigates constitutional cases protecting property rights and free speech.

“The ball is in California’s court,” Redfern said. “Does it want to re-enact this regulation and allow union organizers to go on properties, as long as they provide compensation?”

Redfern said Justice ‘s concurring opinion noted that the California regulation wouldn’t interfere with the National Labor Relations Act, and that it shouldn’t have a broader impact on older labor precedents.

But, Terri Gerstein, director of the State and Local Enforcement Project at the Harvard Law School Labor and Worklife Program, said the Cedar Point decision opens the door to property owners to object to all sorts of government regulation and inspections.

In his dissent, Justice also suggested the ruling would weaken certain government access. He was joined by the court’s other liberals, justices and .

The majority said, however, there was room was exceptions for law enforcement and health and safety inspectors under the decision. Chief Justice wrote the majority opinion, joined by justices , , and . Kavanaugh joined the opinion while also penning his separate concurence.

The ruling may yet find its way into decisions about workers, consumers, and tenants in property rights disputes.

“It’s terrible for farmworkers, who are isolated geographically and linguistically,” Gerstein said. “They have little hope of organizing to improve their working conditions if unions don’t have a structured way to reach them, but the implications are so much broader.”