An employee bags a customer's purchases at a Kroger Co. store in Peoria, Ill.
Photographer: Daniel Acker/Bloomberg via Getty Images

The hazard pay is disappearing. The hazard is not.

Some essential employees across the U.S. have received bonuses or pay bumps to compensate for the risk that comes with clocking in at supermarkets, hospitals and other crowded workplaces during a pandemic.

Now companies are walking back those wage increases, even as the threat of Covid-19 lingers.

This weekend, Kroger Co. is rescinding the $2 raise it gave to store and warehouse workers. Target Corp. and Amazon.com Inc. will follow later this month, with other firms charting similar moves.

The planned cutbacks have rankled unions, employees and customers who are accusing companies of putting profits ahead of worker well-being. They also raise questions about how to value the essential workers who are keeping society functioning. Many continue to put their health and safety on the line in exchange for relatively low wages. 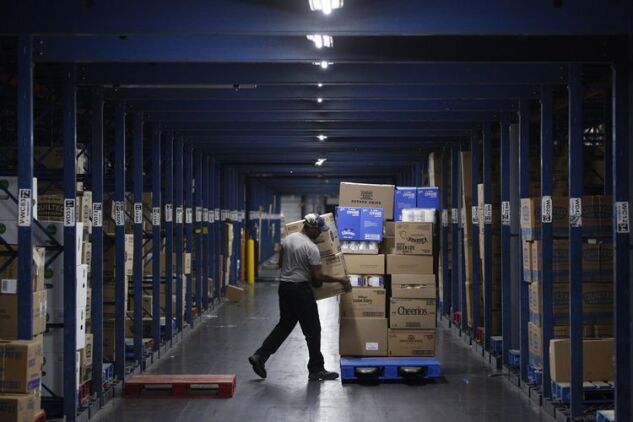 A worker loads boxes onto a pallet at a Kroger Co. grocery distribution center in Louisville, Kentucky, on March 20.
Photographer: Luke Sharrett/Bloomberg

“How do you go from a hero to zero when there’s still a pandemic out there?” said Steve Vairma, secretary-treasurer of the International Brotherhood of Teamsters’ Local 455 in Denver, whose members include Kroger distribution center workers. “What has changed? Our folks are still risking their safety and health by showing up for work.”

What’s changed, some experts say, is the gradual lifting of shelter-in-place orders that has people returning to workplaces. The pay premiums were meant to compensate those who had no choice but to come in, said Adrienne Altman, managing director at HR-consulting firm Willis Towers Watson Plc.

“When everyone’s back, there’s no reason for that offset,” Altman said.

But the virus, which has infected more than 1 million Americans and killed over 80,000, remains, and workplaces are still potential hotspots.

Employers, for their part, say they’ve made efforts to increase worker safety. Kroger, which will end its so-called “hero bonus” on May 16, said it will continue to offer employees testing, emergency leave and face masks. In April, it also gave full-time workers a $300 bonus and part-timers half that.

“We are committed to the continued support of our associates’ safety and mental well-being” and will continue discussions with unions, said Kristal Howard, a Kroger spokesperson. She added that without the premium employees make on average $15 an hour.

Amazon, which has been for its treatment of warehouse employees, recently its $2 wage bump through May. The company said it has stepped up cleaning and other precautionary measures, including leave of absence options for high-risk individuals and those impacted by school closures.

Target, which plans to roll back its raise at the end of this month, said it will continue to provide resources for workers and their families. The company offers two weeks of paid leave for employees who test positive for the virus or need to quarantine, and double that for those deemed vulnerable. 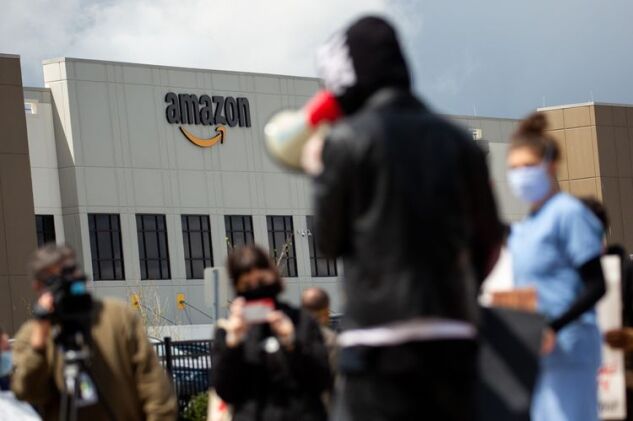 People protest outside an Amazon fulfillment center in the Staten Island borough of New York, on May 1.
Photographer: Michael Nagle/Bloomberg

Workers on the front lines of the pandemic are some of the lowest-paid in America. Retail cashiers earn a median hourly wage of $11.37, according to the Bureau of Labor Statistics, while the typical agricultural worker makes $12.52 and slaughterhouse employees bring home about $14 an hour.

Many in these risky jobs have seen no wage increases at all. But even with a hazard premium, workers in low-wage retail jobs can earn less than they would on unemployment, which the federal government is supplementing by $600 a week through July.

Knowing that it’s controversial to roll back pay bumps, many companies opted for one-time bonuses instead. Walmart Inc. in April gave its workers bonuses and said Tuesday that it will grant another round of payments next month. CVS Health Corp. doled out as much as $500 and extended paid sick leave to part-time employees.

Neither approach properly compensates employees for the risks, said Columbia University economics professor Suresh Naidu, who calculated that front line workers should get at least an extra $10 an hour.

“If this was a normal labor market, you imagine that wages would respond on their own,” Naidu said. Instead, companies don’t need to increase compensation to keep scared employees coming to work because, “the bottom has fallen out of the market. If you’re an essential worker, there’s no other job than the job you currently have.” And employees who quit aren’t eligible for unemployment benefits.

Lawmakers across the country have proposed an array of initiatives for government-subsidized hazard pay for essential workers.

A $3 trillion coronavirus relief bill proposed by House Democrats on May 12 includes a $200 billion “Heroes Fund” that aims to boost pay for essential workers by $13 an hour.

Republican Senator Mitt Romney floated “Patriot Pay,” a temporary $12-per-hour raise for low- and middle-income essential workers, and a bipartisan group of senators have called for a 25% raise for federal employees who can’t properly distance from others while working. The senators argued that the Trump administration has legal authority to issue the hazard pay.

So far, none of the efforts have been successful, in part as deficit concerns have cooled interest among Republican lawmakers for additional stimulus.

State legislators have run into similar issues. Officials from California to Vermont have pushed for higher pay for essential workers in both the public and private sector, but have run into budget constraints. After Vermont’s state senate approved a $60 million bill to fund hazard pay, the state’s Republican Governor Phil Scott said he “supports the intent, but needs to see how it will be funded.”

Without government action, most pay premiums for essential workers will likely expire this summer, if not earlier. That will send legions of workers back to their old wages even as the safety requirements like face masks and distancing remain.

“The retailers have made pretty clear that these are temporary in nature,” said Edward Jones retail analyst Brian Yarbrough. “I don’t think workers have a lot of leverage.”

One complicating factor for large retailers and others is what to do with pay if the virus begins spreading in some areas but not others.

Hazard pay policies are already inconsistent, even within workplaces. At the Veterans Affairs Medical Center in Iowa City, all employees wear masks and face shields but only those working directly on the Covid-19 ward are getting extra pay.

“Coming into work and wearing a mask all day long—even if you’re not going into the ‘hot zones’—there’s a cost to that,” said Patrick Kearns, a registered nurse and president of the local chapter of the American Federation of Government Employees union, which is pushing the VA to expand hazard pay. “There’s a psychological toll that takes on people.”

To contact the authors of this story:
in New York at amelin3@bloomberg.net

in New York at bsteverman@bloomberg.net