Teamsters members take part in a march for International Workers Day in Los Angeles on May 1, 2018.
Photographer: David McNew/Getty Images

When Jimmy Hoffa was elected president of the International Brotherhood of Teamsters in 1957, he set out to transform the union from a loose network of local affiliates to a national group with enough power to shape federal policy.

Though Hoffa disappeared nearly half a century ago, his name is synonymous with the Teamsters—carried on by Hoffa’s son, James P. Hoffa, who has served as the union’s general president since 1998.

That’s about to change as the Hoffa dynasty comes to an end. Beginning Tuesday, the Teamsters will embark on a three-day convention to begin selecting the younger Hoffa’s successor—and in the process, chart a course for the union’s future and confront tough questions about ’s empire of non-union truckers.

“This is going to be the beginning of a new era,” said Harley Shaiken, a labor professor at the University of California Berkeley. “The question is how new the era will be and what will be the future direction of the Teamsters. It affects all Americans, given the size of the union and its reach.”

The Teamsters have about 1.2 million members, making it one of the largest unions in the United States. But it also faces significant challenges, having lost 9% of its membership during the pandemic after losing 65,000 members in 2019, its largest single-year drop in two decades.

Amazon—which upped its global workforce by more than 50% last year as the Covid-19 pandemic increased demand for online shopping—offers a pool of potential members that could ensure the union’s survival, if the Teamsters can make organizing inroads among the e-commerce giant’s workforce. 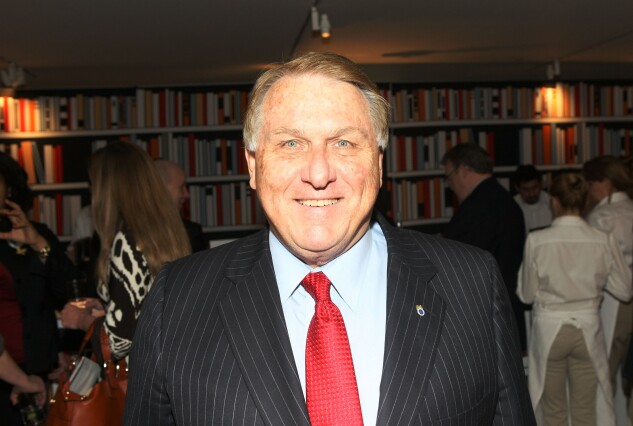 The Teamsters became the nation’s largest union by 1940 by successfully navigating the switch in ground freight from carriages to gas-powered trucks. Now, as members gather for a virtual convention, proposed changes to the union’s constitution will offer a window into how members plan to address modern-day challenges.

Members are showing broad support to end a procedural rule that made it harder for union members to block ratification of a new contract proposal if voter turnout is low. Reformers will likely look to increase strike benefits.

Amazon’s rapid expansion is perhaps the most serious question looming over the convention, multiple Teamsters and independent labor experts said.

A resolutions committee representing a broad swath of officers already has drafted a resolution calling for an organizing effort at Amazon. Discussions over specific language to include in the proposal are still in flux and may change the text before the convention is over, according to a person briefed on the matter who wasn’t authorized to speak publicly.

The draft convention agenda includes a segment on Amazon, slated for Thursday, and the two main candidates to become the union’s general president have indicated support for trying to organize the company.

While individual Teamsters locals have begun taking on Amazon through protests and advocacy, it has made few attempts to unionize the company’s sprawling network of warehouses and distribution centers.

Reformers in the union’s ranks believe a coordinated grassroots campaign supported by the international headquarters is needed, said David Levin, an organizer for Teamsters for a Democratic Union, an anti-Hoffa reform coalition.

“Across the political spectrum in the union, there’s an agreement that Amazon needs to be unionized,” Levin said.

But Amazon is no easy target. Earlier this year, the company crushed a union vote at its facility in Bessemer, Ala., beating the Retail, Wholesale and Department Store Union by a more than two-to-one margin. At other facilities around the country, it has hired anti-union consultants to quash nascent organizing efforts before they can grow into a full-blown election.

The Bessemer effort didn’t include Amazon delivery drivers, whose schedules are so exacting that some have said they must urinate in bottles to avoid falling behind. Working conditions noted for an extreme level of oversight, paired with the Teamsters’ long history of organizing truck drivers, make some union members feel that gains are within reach.

And Amazon’s size makes it an important target for the Teamsters if they wish to grow in the future, said Robert Bruno, director of the labor studies program at the University of Illinois at Urbana-Champaign.

“Conventions—for the Teamsters or any union—are an opportunity to assess where the union is going and where it is in terms of major industries,” said Joe Allen, a former UPS Teamsters driver and labor author. “In the wake of the defeat at Amazon, can the Teamsters succeed where Retail and Wholesale have failed?

Allen isn’t betting on it.

“There’s nothing that’s prevented the Teamsters from organizing Amazon over the last few years,” Allen said. “When it comes to the Teamsters, the gap between what is said at conventions and what happens afterwards is enormous—it’s the Grand Canyon.” 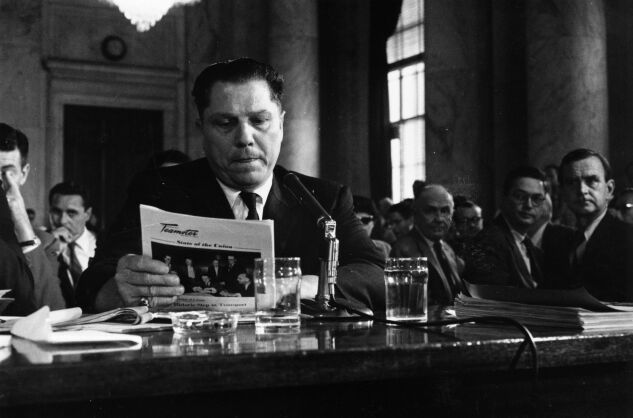 Teamsters leader Jimmy Hoffa testifies during a hearing in August 1958. Hoffa, rumored to have had mafia connections, disappeared in 1975.
Photographer: Keystone/Getty Images

Last year, the Teamsters emerged from a 30-year period of federal oversight due to its history with organized crime, a painful legacy of the elder Hoffa’s tenure. The 1988 lawsuit from the Department of Justice alleged that the union had made a “Devil’s pact” with organized crime that led to embezzlement and murder.

With that period behind them, the Teamsters have an opportunity to adopt a new image.

“The Teamsters are at a crossroads,” said Marick Masters, a business and management professor at Wayne University. “The era of government supervision is over. We’re looking at what the next generation of Teamsters will be. There’s an opportunity here to make a really significant change for the future of the union.”

The union also faces a significant challenge to improve the diversity of its leadership, Masters said. Leadership is predominantly White, a glaring issue for a union that has a worker base made up largely of people of color.

“When you look at their leadership, it’s not representative of the American workforce,” Masters said. “They need to think seriously of bringing in younger people, putting them in leadership, changing their reputation, and presenting a face that’s more amenable to the American public.”

Unlike most unions, the Teamsters elects a president through a direct vote of members for a five-year term, rather than through delegates or the vote of an executive board.

There are two main slates of candidates running: One led by Sean O’Brien, a nemesis of James P. Hoffa, and another by Hoffa ally Steve Vairma. Candidates who earn 5% delegate support at the convention will be placed on the final ballot in November.

Vairma signaled during an interview an interest in re-joining the AFL-CIO, which the Teamsters left in 2005. The Teamsters have had a mercurial relationship with the nation’s largest labor federation, and were first expelled in 1957 for ties to the mob.

Vairma said re-joining may be in the best interests of both groups.

“We need one body of labor and one voice,” he said.

The contract ratification provision that could come into play this week led to internal revolt in 2018, when Teamsters leadership pushed through a contract with UPS despite most voters siding against it.

O’Brien, the current reform candidate, had been fired by Hoffa for reaching out to the reformers while leading the negotiations. He didn’t respond to a request for comment.

“There’s a lot that’s going to be tough and formidable in terms of where the union is going,” said Shaiken, the University of California-Berkeley professor. “We’ve seen some profound changes.”