Hansel Enmanuel, a Dominican guard on Northwestern State University’s men’s basketball team, has yet to play his first NCAA game, but he’s already scored a work visa allowing him to sign endorsement deals in the seven figures.

Enmanuel, who was recruited by several Division-I schools despite having one arm, may be the first international college athlete to secure a temporary work visa allowing him to take advantage of new NCAA rules allowing college players to profit from name, image, and likeness (NIL).

PODCAST: The first of a two-part series on NIL; the cases that led to this new era, the patchwork of state laws, and the legal and policy concerns going forward.

While US-citizen athletes have entered a flood of such agreements, international students have been hampered by the limits of traditional student visas.

F-1 visas, which are used by most student athletes, allow employment on campus or off-campus only if related to a curriculum of study. That doesn’t fit the circumstances of foreign athletes trying to profit from sports endorsements, who “basically are at a disadvantage to US athletes for NIL purposes,” said Amy Maldonado, an East Lansing, Mich.-based immigration attorney who helped Enmanuel secure an O-1 extraordinary ability visa last month.

His case could offer a blueprint for some of the most notable college athletes from outside the US to participate in the NIL wave. But statutory and regulatory requirements make it difficult for all but the most accomplished athletes to obtain the necessary work visas, and may leave athletes in less high-profile sports—especially women’s athletics—out of the lucrative NIL wave.

After a US Supreme Court ruling that opened the NCAA to antitrust litigation, and the passage of scores of state laws on name, image, and likeness, the college sports governing body adopted a policy last year lifting its ban on such deals. That policy, which still prohibits payments made in order to choose specific schools or reward performance, sparked a rush of compensation agreements for both the biggest college sports stars and less well-known players.

NIL platform Opendorse estimated that brands spent $917 million on the agreements in the first year they were allowed, with football, men’s basketball, and women’s basketball accounting for the vast majority.

But restrictions on student visas has meant that international college athletes have been mostly locked out.

There are a handful of visa options for foreign college athletes seeking to participate in the new NIL landscape. They can apply for EB-1 extraordinary ability green cards, an O-1 visa, or a P-1 visa, which is reserved for athletes at an internationally recognized level of performance.

While Enmanuel obtained an O-1 visa, most athletes better fit into the P-1 category. In practice, however, Department of Homeland Security regulations require that P-1 applicants demonstrate they will participate in competitions that require internationally recognized athletes, said Ksenia Maiorova, a sports immigration attorney based in Orlando.

Applicants therefore struggle to meet criteria for less prominent competition, especially in women’s sports, she said. “What we’re really talking about is marquee Olympic sports and men’s sports that are feeders into the major leagues,” she said.

Those standards for P-1 visas also don’t match the objective of NIL rules, which were crafted to allow compensation opportunities for less prominent athletes as well as future pros, Maiorova said.

As a result, she and other immigration attorneys have asked DHS to issue new guidance that reclassifies NIL deals as permissible campus employment under student visas.

The Student and Exchange Visitor Program hasn’t provided direct guidance on participation in NIL deals for students on F-1 visas. Immigration and Customs Enforcement, the DHS component that administers the program, is continuing to assess the issue of college athletes on student visas being compensated for their name, image, and likeness, said Alexxis Pons Abascal, an agency spokesman.

ICE, along with US Citizenship and Immigration Services, also are assessing the number of affected students and whether new regulatory guidance is required, he said. 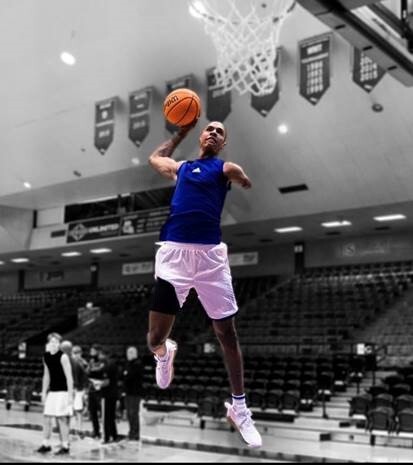 As recruiting for international stars escalates, some college programs could feel pressure to figure out a way for those athletes to participate in name, image, and likeness deals, said Jason Montgomery, a higher education attorney at Husch Blackwell LLP. But he’s advised institutions that there aren’t realistic pathways in most cases for international student athletes to get into the NIL game.

“Most individuals—your typical international athletes in sports like tennis, track, swimming—aren’t going to qualify for an O-1 visa,” Montgomery said.

Because Enmanuel was a high school student until this fall, he couldn’t make the case that he’d competed at an internationally recognized level of performance and so didn’t qualify for a P-1 visa. That left the O-1 visa as his best option to be eligible for NIL.

His team made the case for his extraordinary ability by highlighting media coverage—he was the subject of an ESPN documentary—and providing the valuation of name, image, and likeness deals that he would sign if approved for the visa, Maldonado said.

Before obtaining his O-1, Enmanuel, whose left arm was amputated after a childhood accident, lost out on some deals with major brands because of the uncertainty over his visa status, said Alex Zapata, his sports agent. But during the more than six-month wait for the visa approval, he was able to sign an endorsement deal with Gatorade by traveling to Mexico. That agreement was allowed under his F-1 student visa because the transaction was completed outside the US.

His other NIL deals will be announced in the coming weeks.

Several companies have shown an interest in signing deals with Enmanuel even though he chose to attend Northwestern State in Natchitoches, La., over bigger-name college programs, Zapata said.

“Given his unique story, brands were attracted to him regardless of where he played,” Zapata said. “He’s not traditional in any sense of the word.”

To contact the reporter on this story: in Washington at akreighbaum@bloombergindustrygroup.com