The 2,400 employees at MicroStrategy Inc. make and sell analytics software from the publicly traded company’s offices in Tysons Corner, Virginia, Toronto and elsewhere. On Monday, everyone received a three-page memo from the chief executive, Michael Saylor, urging the staff to “run toward the crisis, not away from it.” The message compared the global spread of the new coronavirus to the flu, an analogy that has been repeatedly contradicted by health experts.

Even in the middle of a national emergency that has prompted authorities across the U.S. to try to prevent gatherings larger than 10 people, MicroStrategy told its employees to be at their desks. “If we wish to maintain our productivity, we need to continue working in these offices,” Saylor wrote. “It is soul-stealing and debilitating to embrace the notion of social distancing and economic hibernation.” (MicroStrategy did not respond to requests for comment. After being contacted by Bloomberg News, Saylor sent a message to employees saying his initial memo was “off-the-mark” and encouraging remote work.)

At AlixaRX LLC, a pharmacy company specializing in long-term care, workers have been given the choice between coming into the office or taking unpaid leave. The company told employees remote work can only be done if a dedicated machine had already been set up at home. AlixaRX did not return a request for comment. 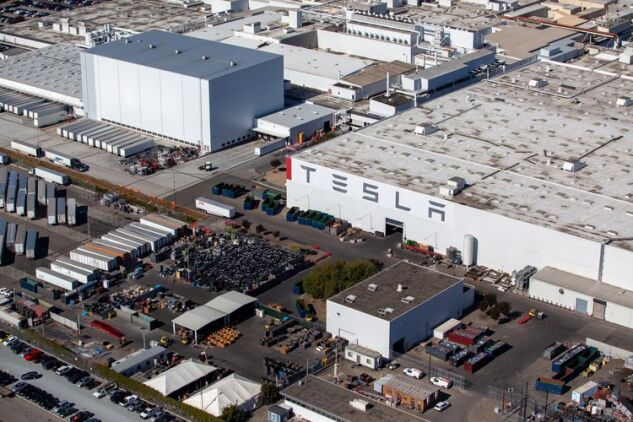 The online furniture retailer Houzz Inc. told operations and administrative staff to come in while the rest of their colleagues went remote. “I have never felt more devalued or disposable as a worker,” said one Houzz worker. That employee, like others who spoke to Bloomberg News, requested anonymity for fear of losing their job. In a statement, the company confirmed that some employees have to work from offices that remain open but said those who expressed concern are able to speak with management or human resources “to find a solution.” 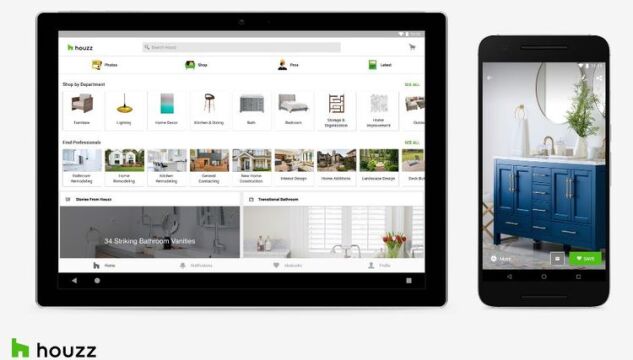 Public-health officials have pleaded for social distancing that can be difficult in corporate settings. But plenty of American workers aren’t being given the option to stay home, even when their duties might be done from outside the workplace—forcing them to choose between the fear of getting sick and the fear of being fired.

In areas under shelter-in-place orders, there are certain jobs in which going to the workplace remains vital: emergency responders, medical personnel, pharmacists, grocery-store employees and delivery workers. Those essential workers often rely on public transportation, adding another layer of necessary workers. In other cases, a large employer might find itself in an enlarged role because of the virus: Amazon Inc. announced this week that it would in its distribution centers, as consumers locked into their homes turn to deliveries of staples.

But there are cases in which a company deems itself—and at least part of its workforce—to be essential, requiring employees to take risks. On Wednesday, Tesla Inc. was on the status of its factory in Fremont, California, after Alameda County officials said it is not an essential business. Many employees have still been coming to work.

The category of essential services in some places has been extended to include . But for an executive at LivWell Enlightened Health, one of Colorado’s largest recreational cannabis retailers, the decision to stay open and ask employees to stay in the workplace was grounded in financial considerations. “We can’t close. It will kill us,” the executive said during a Monday morning meeting, according to staff who contacted Bloomberg News. 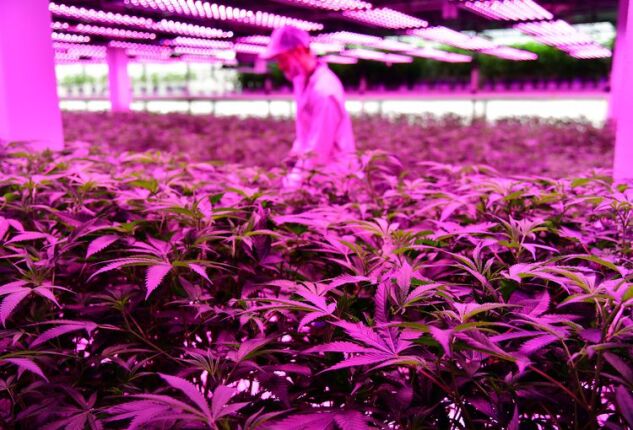 Sales shot up last week at the company’s 18 stores as customers stocked up in preparation for a possible self-quarantine, according to a person familiar with the mater. LivWell’s back-office personnel who can do their jobs from home have been asked to come into the office, with an instruction to spread out from one another. Employees at crowded cultivation facilities were initially allowed to work from home several days a week, but the company changed its policy to require attendance by everyone who doesn’t work from a computer.

“This is a decision completely based on revenue,” said one employee. “They do not care about us. That is clear.”

In a statement, LivWell said its retail locations remain open. “The company’s well being is dependent on sales and it would not be possible to shut down our retail locations without the need to lay off employees to offset the loss of revenue,” said Dean Heizer, the company’s legal strategist. He said the company is trying to expand work-from-home capabilities for as many employees as possible.

While executives often find it relatively easy to work from home in normal times, lower-ranking employees rarely have that privilege. In 2018, the most recent statistics from the U.S. Bureau of Labor Statistics, only 42 million out of 144 million U.S. workers could do their jobs at home—. Employees barred from remote work are generally lower paid and less likely to have a financial safety net.

The U.S. Centers for Disease Control and Prevention urged employers to come up with contingency plans for remote work ahead of the pandemic. Part of that guidance urged transparency with staff and encouraged telecommuting, staggered shifts and robust, non-punitive sick leave. In some cases, however, the virus prompted companies to implement work-from-home policies that staff found confusing or left workers reluctant to use for fear of punishment. Some required managerial approval, leading to different treatment within companies depending on role.

At American Airlines Inc., for instance, one employee said they were asked to work from the office “as an act of solidarity with frontline members.” A spokesperson said that work from home is allowed at the manager’s discretion and that the company has been working to ensure employees don’t feel pressured to come into the office.

For consultants, coming to work often means doing something health officials strongly discourage: going to the airport. Some at the Big Four consulting firms shared a meme this week that showed a white-collar professional in full hazmat gear at the airport, as the industry worried about flying to see clients during the coronavirus outbreak. 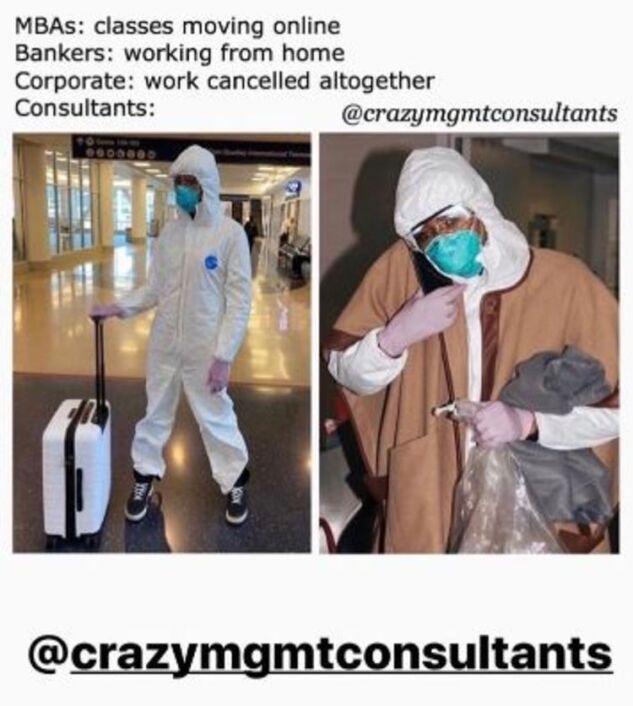 PricewaterhouseCoopers LLP personnel prepared to travel through the pandemic until late Monday night, an employee said, when the company announced it would be closing offices for two weeks. In a statement, the company confirmed that it had closed its offices nationally and asked all employees to work remotely. A spokesperson said travel was suspended on March 13. Someone who works at the firm had contracted the virus.

To contact the author of this story:
in New York at pmosendz@bloomberg.net

To contact the editor responsible for this story:
at arutkoff@bloomberg.net