The new year arrived with a new job for Tyler Simon, who had high hopes for 2020. They didn’t last long. 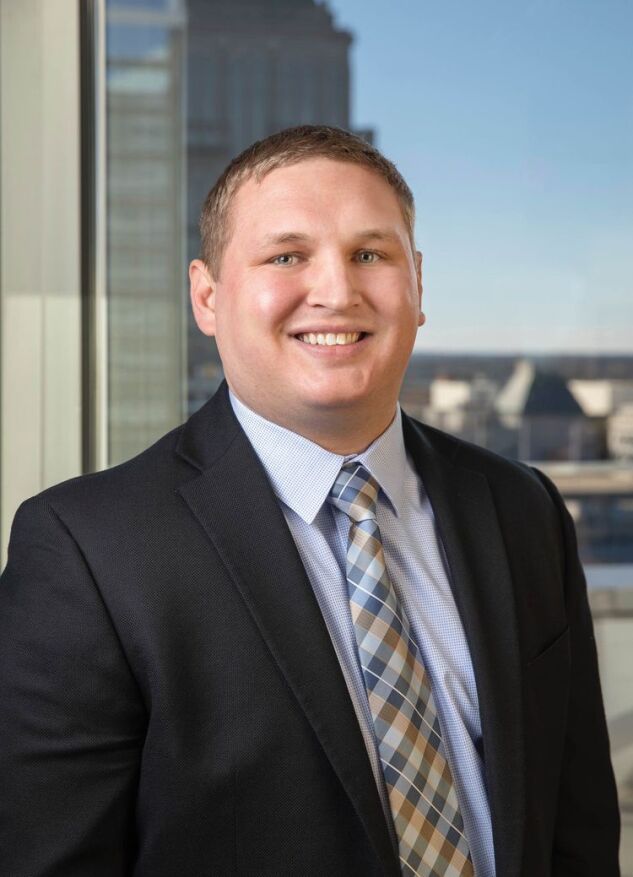 A marketing specialist with a sales-training company, Simon lost his job along with several colleagues on April 7 -– less than two weeks into a state-wide lockdown to counter the pandemic. He says many who survived the firm’s layoffs saw their pay cut by 10%.

That’s happening all over the country.

A tsunami of job losses, which began among workers in restaurants, hotels and factories, is now reaching the offices of white-collar America --- where analysts and engineers find themselves among the rapidly swelling ranks of the unemployed.

Within a month, some 22 million people filed for jobless benefits, in what’s shaping up to be the worst rout for U.S. labor since the Great Depression. Data due Thursday is forecast to show another 4.5 million joined the line last week.

A detailed breakdown by profession won’t be available for a couple more weeks. But it’s already clear that the layoffs span industries and income groups –- and they’re hitting many Americans who have never had to apply for such assistance before. 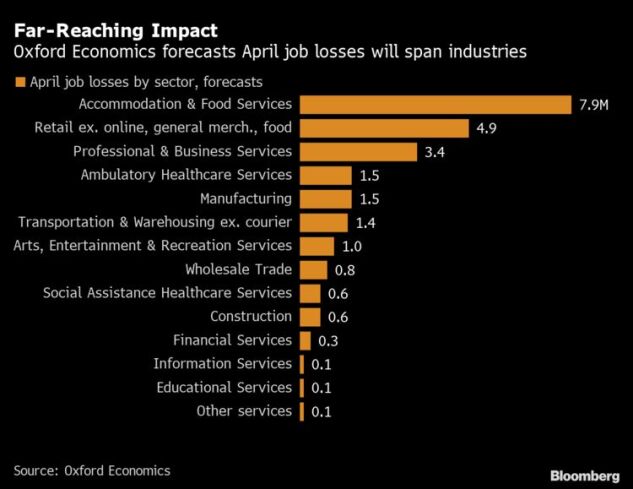 “What we’re going to be seeing is cutting deeper to the bone,” said , chief economist at Grant Thornton LLP. “There is this sort of sense of nowhere to hide, and more and more collateral damage.”

White-collar employees largely escaped the initial wave of coronavirus layoffs, often because the nature of their jobs meant it was easier to do them from home.

But even companies that managed to stay afloat have seen a big squeeze on revenue and profits, as large areas of the economy are shuttered. That’s triggering a second round of job cuts or furloughs, with office workers taking a bigger hit this time.

And managers are taking other steps too. In addition to reducing hours, a common measure in recessions, they’re also slashing pay levels –- which is much more unusual, and may be an ominous sign for the post-virus economy.

Salary cuts billed as temporary could easily end up as a more permanent feature of payrolls, with employees finding they’re expected to work for 10% or 20% less than before, according to at Oxford Economics.

“That, sadly, is a reality of the recession that may potentially last longer,” he said.

Lower incomes would hold back a rebound in consumer demand to support the economy once the virus is controlled. For now, workers who lost their jobs are forced back onto savings or government aid.

Christy Casanova was an associate marketing manager at a beauty tech start-up in California. It was the kind of work she was able to do from home, and she’d been doing that for about three weeks. Then she was laid off, along with many colleagues, via a Google Hangouts call on March 27.

“I have to stretch out whatever I have left in my bank account,” said Casanova, who’d finally been able to move into her own place in Hayward -- a commuter suburb of San Francisco -- and had also just bought a car. “It’s a scary time.”

Middle-class Americans went into the virus slump in better financial shape than before the 2008 crisis, with around $2,000 in liquid savings on average. Still, months without pay will put even those who’ve managed to build a nest egg under financial strain. 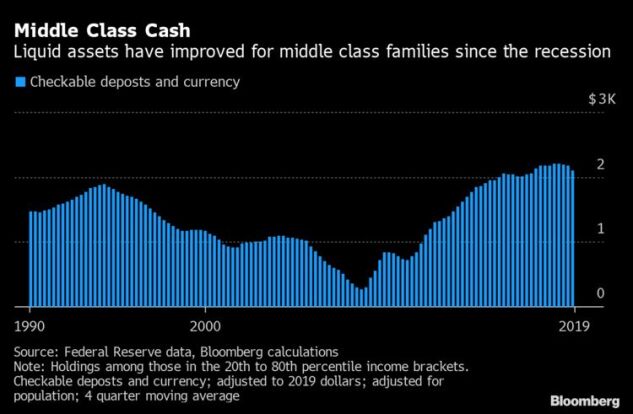 In most states, unemployment systems are creaking under the unprecedented burden of applications, leading to delays in cash payments. The government is also providing direct payments of $1,200 or more to some households, as part of its virus relief plan, but the extent to which they’ll help depends on local costs of living.

And the outlook for a rapid return to work is bleak.

Just a few months ago, job openings outnumbered the unemployed by more than a million. But openings in white-collar industries (a category that ranges from biotech to finance and accounting) plunged 22% between March 9 and April 6, according to Glassdoor.

Another hiring website, Indeed, estimates that on April 10, positions in IT and engineering were down about 30% from a year earlier, while in marketing the drop was 50%. 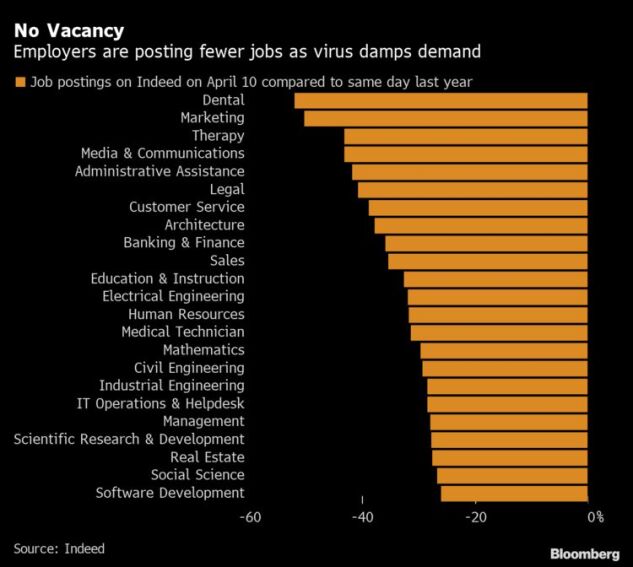 With millions of newly unemployed Americans in the market for whatever jobs are out there, workers are likely to see their bargaining power sharply reduced – and it wasn’t great to start with.

Even during the record-long U.S. expansion that just ended, economists were debating why wages weren’t rising faster despite a historically low unemployment rate.

“When we get on the other side of the pandemic, it’s going to be a buyers’ market again for labor,” said at the Economic Policy Institute. “People will just be scrambling to get a job, any job.”

That’s pretty much how Simon in North Carolina feels, a couple of weeks into life as an unemployed father.

“I’m expecting to have a lower salary in whatever position I have next,” he said. “I would just be thankful if I can just get a marketing job in general. I mean, lower pay, higher pay, less benefits. Anything.”