Senator is sending a message to , , and other U.S. companies that have vowed to pay travel costs for their employees to access abortion services or gender-affirming care for their children: Republicans want to make it more expensive.

The Florida Republican, a potential contender for the GOP nomination in 2024, is proposing legislation that would prevent companies from writing off these costs for their employees and their families. The tax code generally allows companies to deduct their business costs, including employee health coverage and other benefits.

Rubio’s bill illustrates the GOP’s split with corporate America, which has grown since former President ’s presidency over concerns about his rhetoric about racism and democracy, as well as disagreements over trade and immigration policies. 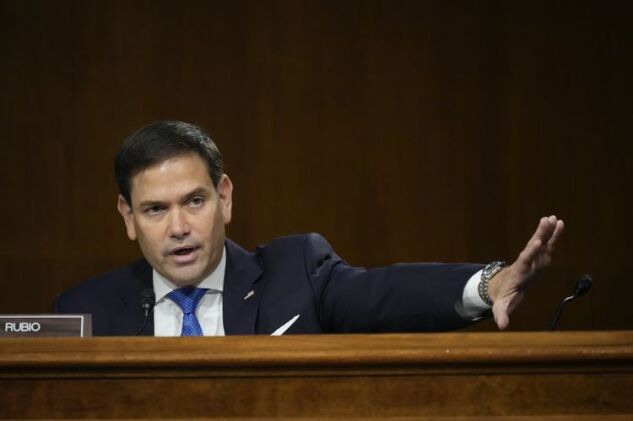 Rubio, who was a favorite of corporate donors during his 2016 presidential bid, has recently called corporations “the instrument of anti-American ideologies,” a view echoed by Florida Governor , another potential GOP presidential contender.

“Our tax code should be pro-family and promote a culture of life,” Rubio said in a statement. “Instead, too often our corporations find loopholes to subsidize the murder of unborn babies or horrific ‘medical’ treatments on kids. My bill would make sure this does not happen.”

The legislation has no chance of becoming law while Democrats control any of the levers of power in Washington, meaning it would be blocked at least until the end of President ’s term in January 2025. But the bill reveals a glimpse of Republican messaging and legislation the party would consider if it gains a majority in either the House or Senate after November’s midterm elections.

Rubio said his bill is a direct response to corporations who have said they’ll pay for employees to travel to access abortion services, and follows a leaked draft of a Supreme Court opinion to overturn Roe v. Wade. Those companies include Amazon, and Citigroup.

Thirteen states, including Texas, Tennessee and Missouri, have laws that would immediately ban abortion if the Supreme Court reverses the 1973 decision affirming the right to an abortion.

Rubio’s bill also adds more heat to an ongoing feud with Disney, which has more than 77,000 employees in his state, over Florida’s ‘Don’t Say Gay’ law, which restricts educators from talking about LGBTQ issues. Disney publicly opposed the legislation and says the company will help their employees and their children access gender-affirming care, such as puberty blockers and top surgery, if they seek it.

In an opinion piece published by Newsweek, Rubio pointed to abortion, gender-affirming treatments, and “leftist indoctrination in public schools” as three issues affecting kids in the U.S.

Medical experts agree that affirming a child’s gender can be lifesaving.

“Every major medical association supports gender-affirming care for transgender youth as evidence-based, safe and lifesaving, and abortion is still legal throughout the United States,” said Sarah Kate Ellis, the president and chief executive officer of LGBTQ advocacy organization GLAAD. “It is unconscionable to threaten companies who are doing the right thing and supporting their employees and their families against state-sponsored discrimination.”

A survey released Wednesday by the LGBTQ mental health advocacy organization The Trevor Project found that transgender and nonbinary youth reported higher rates of attempting suicide in the past year if their homes or schools were not gender-affirming.

LGBTQ youth “are seeing people in positions of power talking about kids as if they don’t deserve love and or respect, as if they are political pawns,” said Amit Paley, the CEO of The Trevor Project. “That’s really damaging, and that’s terrifying for young people who, for most cases, just want to be themselves.”

Local lawmakers have recently ramped up efforts to ban books from public school libraries. An April reportfrom PEN America found that 33% of the over 1,100 titles that had been challenged between July 1, 2021 and March 31, 2022 centered on LGBTQ protagonists or themes.

To contact the reporters on this story:
in Washington at ldavison4@bloomberg.net;
in New York at eceron1@bloomberg.net