The ranking Republican on the Senate labor panel clashed with the Biden administration’s nominees for the top legal posts at the National Labor Relations Board and the U.S. Labor Department, accusing the duo of being politically motivated ideologues.

Sen. Richard Burr (R-N.C.) repeatedly criticized what he described as the pair’s partisan motives, grilling Abruzzo in relation to Biden’s first-day firing of the Trump-appointed NLRB general counsel, and Nanda over her past work at the Democratic National Committee and controversial tweets.

Both nominees tried to reframe the Republican-driven narrative by talking up their lengthy government careers in worker advocacy, and the panel’s Democrats praised them for their experience serving in the same divisions they’ve been picked to lead. Democrats gave the women room to talk about their policy priorities on collective bargaining, Covid-19 measures, and holding labor law violators to account.

Abruzzo and Nanda are nominated for chief legal positions that have a vast—if not always apparent—influence over federal labor policy. Abruzzo, as NLRB general counsel, would select cases to prosecute before the board, while Nanda would be the principal legal adviser on all litigation, policies, and regulations at DOL.

Burr blasted the administration’s picks as a betrayal of Biden’s calls for bipartisanship and unity. He noted Biden’s firing of Trump-appointed NLRB top lawyer Peter Robb, questioning whether Abruzzo, as a member of Biden’s transition team for labor agencies, had a hand in preparing for that action.

“The last 15 years have been characterized by an unprecedented Republican obstruction of our NLRB nominees,” Murray said, noting that a Democratic seat has been empty at the NLRB for nearly three years. “They tip the scales of justice against workers and toward corporations.” 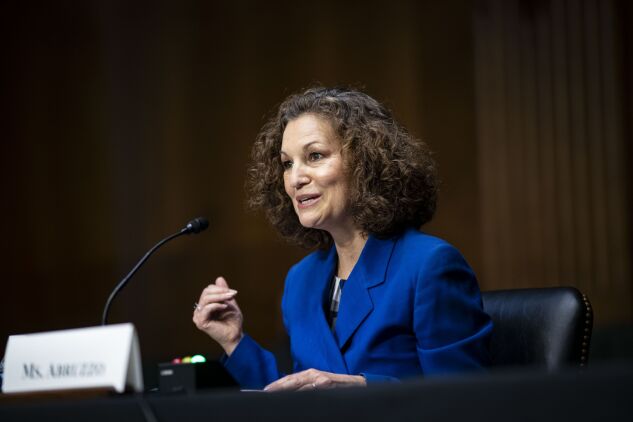 Burr produced emails from February 2021 that he said showed Abruzzo’s involvement with NLRB policy during her time on the transition team—including, he insinuated, in Robb’s firing. In the digital exchange, parts of which Burr read aloud, a White House official described Abruzzo’s role in briefing acting general counsel Peter Sung Ohr on transition materials.

“Miss Abruzzo said she wasn’t involved in the firing, but that’s frankly a little hard to believe as she was heavily involved in the agency review team for labor, which covered the NLRB,” Burr said at an earlier point, adding that the NLRB, as an independent agency, should be shielded from the White House’s political whims.

Abruzzo said she was part of a 25-person transition team and did deal with NLRB policy directly, but she was vague about her level of involvement in the White House’s decision to fire Robb. After initially saying she had “no involvement” in the decision to fire Robb, she acknowledged that she did elevate the concerns of outside groups over Robb’s “operational management.”

“I, along with others, felt that those concerns, as well as the stakeholders’ recommendations, that consideration for the removal of General Counsel Robb be elevated,” Abruzzo said.

Nanda served at DOL during the Obama administration as deputy chief of staff and deputy solicitor. But it was her more recent gig, as chief executive officer of the Democratic National Committee, that drew Burr’s attention. He referred to her as a “Democratic party activist” in his opening remarks, and blasted her for attacking GOP lawmakers via social media.

“It’s unclear to me that they will ever enjoy the confidence of anyone outside of the biased, anti-business bubbles that fester on the fringes of the left,” Burr said, referring to both nominees.

Burr targeted Nanda over past tweets, including a retweet of a message directed at Sen. (R-Maine) that criticized her decision to vote to confirm Brett Kavanaugh to the U.S. Supreme Court. 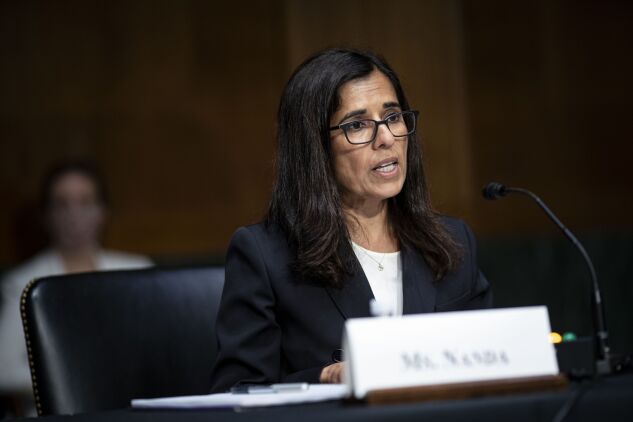 “I think with the discourse of our country, I was caught up in that discourse,” Nanda responded. “I can’t explain every tweet I’ve ever sent, but I can commit to you that, moving forward, I will work collaboratively—if I am fortunate enough to be confirmed—with members of this committee as well as other stakeholders.”

Sen. (D-Va.) defended Nanda’s experience in government and discussed his own stint at the DNC.

“I served as chair of the Democratic National Committee,” Kaine said. “Now, if somebody introduced me and they just focused on that, they wouldn’t tell you the story of who Tim Kaine is.”

Murray portrayed the nominees as a correction to the past four years of Republican leadership of the two agencies, saying that the Trump administration repeatedly favored businesses and hurt workers.

In Nanda’s case, if confirmed, that would likely entail reorienting the department’s wage and safety agencies to conduct more aggressive investigations to root out bad actors.

Nanda avoided weighing in on several high-profile ongoing DOL initiatives, including when asked about the department’s efforts to issue an emergency Covid-19 workplace safety rule and about DOL’s stance on joint employment liability. She said it wouldn’t be appropriate to comment on ongoing matters when she’s not currently working at DOL.

But the civil rights attorney offered a glimpse into her vision for steering one of the government’s largest legal offices, which enjoys substantial influence because of its ability sue employers without requiring approval from the Justice Department.

At one point, Nanda spoke about the importance of uncovering violations of minimum wage and overtime law.

“Wage theft undercuts the basic promise, I think, of any democratic society, that you go to work and you get paid for what you have agreed to do; it is a pernicious problem and it, unfortunately, falls disproportionately on those workers who can’t afford to lose those wages the most,” Nanda said. “So wage theft is going to continue to be a priority for me, if I am fortunate to be confirmed.”

And while Nanda said she hasn’t been made privy to the specifics of the Occupational Safety and Health Administration’s Covid-19 rulemaking, which is currently under review at the White House, she did describe the steps she’d take at the Solicitor’s Office to ensure employers safeguard employees against being infected on the job.

“I would want to have an understanding of what cases are presently in the pipeline, how those standards are being enforced—whether it’s under an emergency temporary standard or under the general duty clause,” she said, when asked about occupational safety protections. “But really making sure that we have robust enforcement so that we are protecting our nation’s workers is going to be incredibly important.”

Abruzzo discussed enforcement of the National Labor Relations Act, the bedrock law that gives private-sector workers the right to collectively bargain and advocate for changes to working policies.

She said she would “vigorously protect” workers’ right to speak out against unsafe conditions during the pandemic and encourage employers to participate in safety partnerships with unions.

If confirmed, Abruzzo said she’d be committed to conducting outreach to “vulnerable populations in underserved communities” to ensure workers are aware of their rights under the NLRA.

“There’s no mandatory requirement for employers to post the rights of workers under the National Labor Relations Act, so it’s imperative for the agency to educate those workers,” she said.

She noted the NLRB currently lacks a budget line item for outreach activities, adding, “I hope at some point we do.”