Texas nurse Jennifer Bridges plans to go to work on June 7, like it’s any other day. The only difference is, when she gets there she expects to be fired.

That day is the deadline her employer, Houston Methodist hospital, has given its staff to get the Covid-19 vaccine, something Bridges, 39, doesn’t want to do.

“There is just not enough research out yet,” she said in an interview. “To be a fully approved vaccination it takes years of trials and research. And this thing has been out less than a year.” 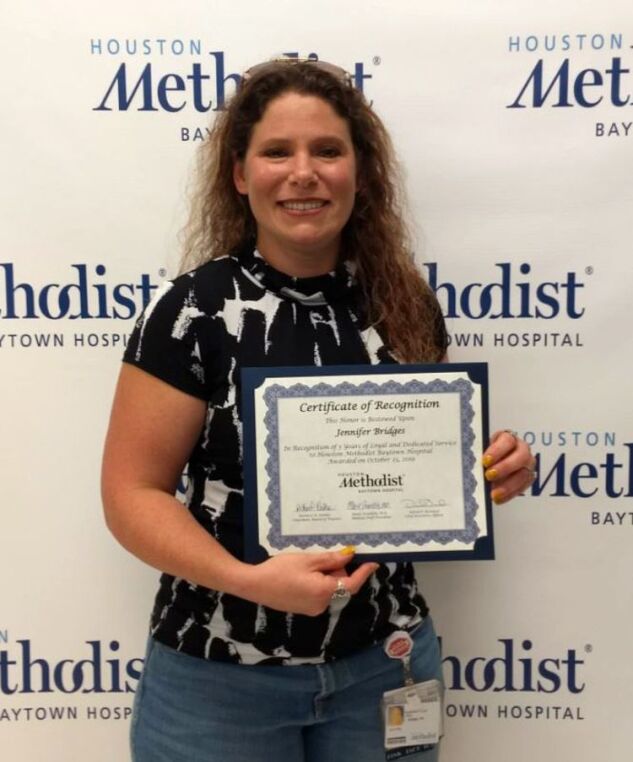 In an April 17 Facebook post, Bridges outlined Houston Methodist’s plan and asked her followers to sign a petition supporting her. Ninety-four comments later, she’d been cheered on -- and encouraged to get a lawyer.

“You have a good case of a lawsuit. I believe that it’s illegal to mandate a vaccine when it is under Emergency Use Authorization from the FDA,” one friend wrote. Said another, “This is BS and a lawsuit waiting to happen.”

“I am not aware of any court or agency at the state or federal level that has held that the Emergency Use Authorization language prohibits an employer from enforcing a vaccine mandate,” said attorney , who specializes in employment law.

In fact, most non-union companies have a good deal of latitude to impose vaccination requirements, because in almost all U.S. states employment is presumed to be “at will.”

Nicholas Bagley, a law professor at the University of Michigan, has seen the social media chatter about employer mandates and the EUA.

“The argument looks good for about a half-second, and then, as soon as you start digging, it starts to look much, much worse,” Bagley said, though he cautioned that the politically charged atmosphere around vaccination could produce some surprising legal results.

“I would expect that we see some case law fairly quickly,” he said. “But once political sympathies are engaged, it just becomes a whole lot harder to predict.”

As for the science, the has authorized the use of three Covid-19 vaccines in the U.S. on an emergency basis. Each of the shots was studied in clinical trials involving tens of thousands of patients and found to be safe and highly effective at preventing severe illness and death. 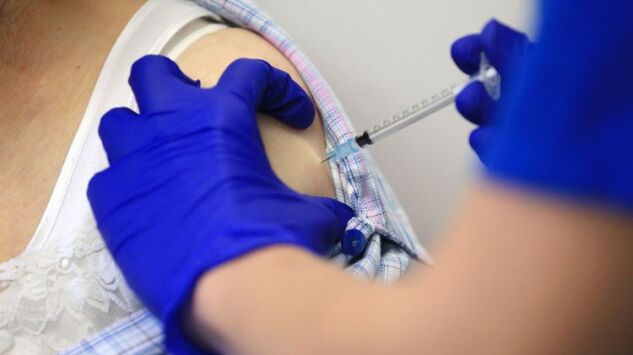 Can employers fire staff for refusing the vaccine? If so, will they? (Produced by Andrew Satter. Executive Producer: Josh Block. Source: Bloomberg)

Still, in some corners of the internet, the EUA is having a moment. Once limited to discussions by drug policy wonks and health care officials, the intricacies of the EUA are now hotly debated by armchair lawyers in social media forums as the crux of claims that employers can’t make workers get the shot.

In fact, the Americans With Disabilities Act does allow for medical exemptions to a vaccine mandate, and Title VII of the 1964 Civil Rights Act gives workers the right to seek an exception based on religious beliefs.

The Emergency Use Authorization goes back to the Project Bioshield Act of 2004, passed largely in response to the 2001 anthrax attacks. Congress recognized that the FDA might need to approve drugs quickly in the event of a biological or nuclear terror event. The statute does say conditions can be placed on a drug granted an EUA, including informing the recipient of the drug’s status and advising them that the choice is theirs. It’s this language that has taken the internet by storm.

An April surveyby Arizona State University and the Rockefeller Foundation found that almost 90% of employers who responded plan to encourage or require their employees to get vaccinated and that 60% intend to require proof of vaccination.

In Ohio, Montgomery County prosecuting attorney Mat Heck is requiring all his employees to get the vaccine and thinks he’s within his rights.

Conversations about employer-mandated vaccines on Facebook and Twitter rose in late March and early April, according to an analysis by the German Marshall Fund, which found that the highest engagement has been with posts about getting legal assistance for refusing to take the shot.

Lawsuits have been filed. One case includes a former worker at a New Mexico county jail, Isaac Legaretta, who claims he was improperly demoted and faced retaliation after refusing to get the shot. Legaretta contends that the county manager’s mandatory vaccination directive violates the federal Emergency Use Authorization statute, which requires that people be given the option to refuse a drug under that status. Another suit, in California, relies on the same statute.

‘Other Employers Out There’

“You’ve got somebody whose government employer says you’ve got to take this vaccine or you’re fired,” said Legaretta’s attorney, Jonathan Diener. “It doesn’t have FDA approval, it’s experimental at this stage, but if you don’t take this, you’re fired? In my view, that’s not right.”

At Houston Methodist, Chief Executive Officer Marc Boom said the hospital’s policy is in the best interests of employees and patients. And while he wouldn’t comment on Jennifer Bridges specifically, Dr. Boom said she’s in the minority.

“The overwhelming communication I get from my employees has been really positive,” Boom said, and the rest are putting themselves ahead of patients. If they choose not to get vaccinated, he said, “we are very sorry to lose them, but there are other employers out there.”

Bridges has hired a lawyer, just as her Facebook friends suggested.

To contact the reporter on this story:
in New York at skopit@bloomberg.net

To contact the editors responsible for this story:
at kcho7@bloomberg.net