Robert Iafolla: A U.S. appeals court in New Orleans will consider whether the Covid-19 pandemic qualifies as a natural disaster that exempts employers from the federal requirement they give workers advance notice before a mass layoff or plant closure.

A group of former workers for US Well Services, a Texas-based fracking outfit, is fighting to overturn a district court ruling that did just that, adjudging the pandemic to have been a natural disaster under the Worker Adjustment and Retraining Notification Act.

The case, which is set for oral argument Tuesday before the U.S. Court of Appeals for the Fifth Circuit, attracted amicus briefing from the Biden administration, the country’s biggest business lobbying group, and a coalition of major labor unions.

A Fifth Circuit confirmation could give employers a powerful defense from liability for failing to give notice before pandemic-driven shutdowns. That appeals court sets binding precedent for Texas, Louisiana, and Mississippi.

The court will also consider a more technical issue that could have significant ramifications: whether the exception applies if the natural disaster was one of potentially several “but-for” causes for a mass layoff, or if needs to be the direct cause.

A Florida federal judge ruled last month that a mass layoff must be directly due to a natural disaster for the exception to apply, as per U.S. Labor Department regulations.

The WARN Act, which generally requires at least a 60-day notice in advance of significant layoffs or plant closures, provides two exceptions that are relevant in the pandemic context.

The first is for business circumstances that weren’t reasonably foreseeable when the notice would have been required. The other is for natural disasters, such as floods, earthquakes, and droughts. The unforeseen business exception calls on employers to give as much notice as possible, while the latter eliminates the requirement entirely.

Another difference is the amount of litigation necessary to decide if they apply, according to the U.S Chamber of Commerce’s brief backing US Well Services. A company that invokes the unforeseen business circumstances “frequently must go through discovery, sometimes a trial, before a court can resolve whether it applies,” the Chamber said.

But Covid-19 isn’t an “effect of nature” like those set forth in the WARN Act, the ex-US Well workers said in their brief. Congress could have included pandemics, viruses, or diseases in its examples of disasters but did not, the workers said.

US Well Services counters that Covid-19 qualifies as a natural disaster because it’s a biological—that is to say, natural—catastrophe that’s caused unprecedented disruption to regular life. The WARN Act cites “any form of natural disaster,” signaling its expansiveness, the company said in its brief.

In a brief supporting the workers, the DOL said the Fifth Circuit should defer to the agency’s regulation requiring a natural disaster to be the actual, rather than a but-for, cause in order to qualify for that exception. The unforeseeable business circumstances exception, however, can apply if a natural disaster indirectly leads to a layoff, the department said. 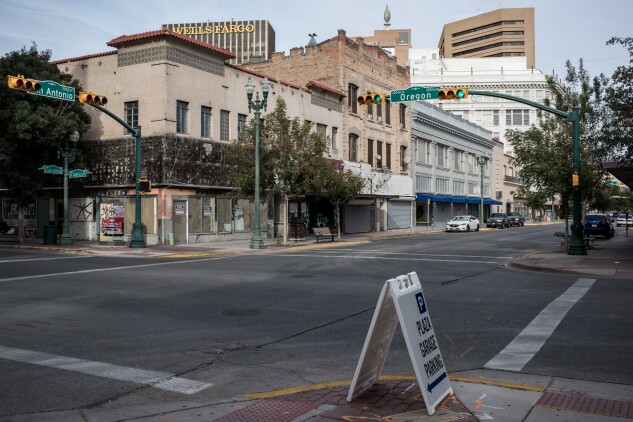 Chris Marr: The legal fight over pandemic jobless aid that states cut short last year could be headed in a new direction as unemployed Texans argue that the U.S. Labor Department owes back-pay benefits—potentially to a million or more people nationwide.

Texas was the largest of 20 states that stopped paying Pandemic Unemployment Assistance in June or July 2021, weeks before its congressionally scheduled Labor Day expiration date. PUA was designed to cover laid-off workers who didn’t qualify for traditional unemployment insurance such as part-time, low-wage, independent, and gig workers.

Many of the more than a dozen legal challenges to states’ decisions have fizzled out, but the Texas plaintiffs are attempting to bypass the states and get the money directly from Washington. They argue language in the Coronavirus Aid, Relief, and Economic Security Act, which created the benefit program in March 2020, requires the Labor Department to pay PUA benefits with or without the state agencies that traditionally process claims.

The plaintiffs seek class status for people from those 20 states who missed out on payments—setting up a possible logistical nightmare for the DOL to disburse those benefits without state involvement.

The CARES Act “was dealing with a national issue that called for a national response,” said Danny M. Rosenthal, an attorney at James & Hoffman P.C. in Washington who represents the Texas plaintiffs. Letting benefits end when states opted out “violated the clear mandate that the statute established.”

While six other states ended a separate $300 weekly pandemic jobless benefit, the lawsuit focuses only on PUA because plaintiffs argue the CARES Act specifically made it mandatory. The lawsuit echoes arguments that worker advocates and Sen. made in May 2021, writing that the DOL was legally obligated to pay PUA benefits.

Justice Department lawyers representing the government have moved to dismiss the case, arguing the plaintiffs failed to state a legally viable claim. The court could set a hearing date after motion briefing concludes in mid-April.

Nearly all of the original set of suits challenging early termination of PUA benefits were filed against Republican-led states. After early wins in Indiana and Maryland, the plaintiffs’ claims mostly failed, including losses in Florida and South Carolina.

Most recently, state supreme courts in Arkansas and Oklahoma reversed lower court decisions to restore jobless benefits, and a federal judge in Tennessee dismissed an unemployed workers’ case there. Suits against state officials are still pending at an Arizona appeals court and the Ohio Supreme Court.