Ben Penn: Barring unforeseen events, this is the week the U.S. Department of Labor will release its vaccination mandate rule for the private sector, setting off a compliance scramble among qualifying businesses and numerous lawsuits over the standard’s legality.

Our scoop last week on plans for the rule to allow businesses to compel employees who refuse vaccination to bear the costs of required testing and masks was a big piece of the compliance puzzle. Other crucial details await the agency’s rollout, such as the window for implementation and enforcement protocols.

Lawyers will zero in on how the Occupational Safety and Health Administration justifies the “grave danger” necessary to advance an emergency rule.

Yet the matter of who pays for testing is far from cut and dry—and some are saying it would have wider repercussions.

The decision to grant employers the ability to pass testing costs onto workers came after prolonged, contentious discussions that involved input among federal agencies and White House officials, according to several sources briefed on the matter. The sources cautioned that a last-minute change of direction could occur before text hits the Federal Register.

Why such controversy, one might ask, when the policy rationale for unvaccinated workers paying those costs would appear to support the administration’s goal of boosting the vaccination rate?

After all, making the fallback route of weekly testing a financial burden for the employee would encourage more folks to take the vaccination pathway. The administration in the process would tamp down business opposition by delivering on a key industry ask—relief from being forced to shoulder those costs—while giving employers the option of absorbing testing costs if they fear losing workers.

But veteran Democratic OSHA alum Jordan Barab predicted deep concerns inside his old agency about setting a “really bad precedent.” Barab is convinced the White House was behind this decision.

“OSHA’s always had a firm policy that employers pay for all required tests and equipment,” with minor exceptions for work boots, Barab said. “This would be totally unprecedented and therefore set a bad standard for future OSHA requirements.” 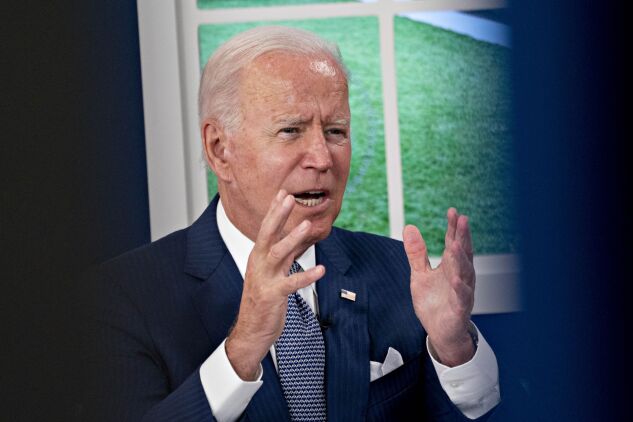 It’s easy to imagine the business lobby referring to the agency’s lenience in this instance when pleading with OSHA to limit their compliance expenses associated with future standards.

It also may undercut OSHA’s argument for exempting businesses with fewer than 100 employees from the mandate. The 100-worker cutoff President ordered up was already seen by some practitioners as one of the rulemaking’s more legally shaky provisions.

Some lawyers had thought the agency would’ve been likely to defend that threshold in court by arguing it’s economically unfeasible for small companies to foot the costs of testing.

But by creating an avenue for employers to force workers to pay that tab, the DOL Solicitor’s Office may not have as compelling a defense in the many lawsuits expected to hit dockets shortly after the emergency standard goes live.

In fact, a list of recommendations from the White House worker organizing task force was submitted to the president more than a week ago.

Perhaps the administration is waiting for an optimal news cycle to promote its blueprint for using executive branch muscle to bolster union membership.

Back in April, Biden ordered the task force, led by Vice President Kamala Harris and Labor Secretary Marty Walsh, to submit recommendations by Oct. 23 on ways the government could leverage existing and new policies and regulations to empower workers to organize and collectively bargain.

Unions met with reps from every Cabinet agency to discuss ideas, and the agencies then formulated a menu of options for Biden.

There was cautious optimism within organized labor over the summer that this project could lead to concrete actions to boost organizing drives, even though it would fall well short of comprehensive labor law reform. 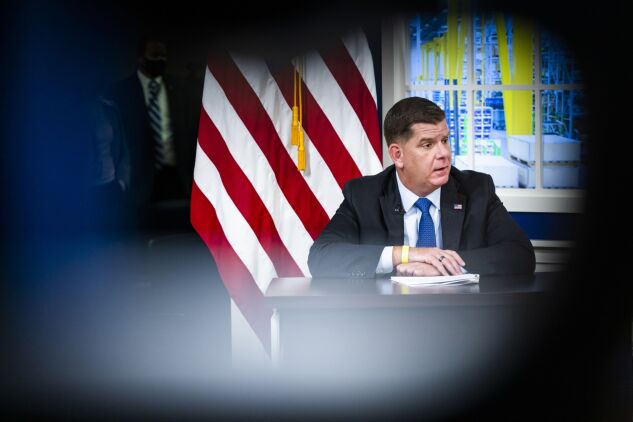 More recently, several sources briefed on the final product said there should be measured expectations. Some of its recommendations have already been rolled out, such as steps to ease unionizing of federal government employees.

But it won’t come close to the level of progress the administration and congressional Democrats expect to achieve via the budget reconciliation bill, particularly its proposal for new monetary penalties for labor law violations.

That said, one of the most consequential ways to use administrative power to give unions a leg up—a labor-oriented federal contracting executive order—wasn’t included in the task force’s report, two sources familiar with the matter said.

The administration has pledged to reboot an Obama-era policy that aimed to steer government contracts to companies that respect workers’ rights, increasing the likelihood that Uncle Sam’s dollars would reward unionized bidders.

That’s still a priority of this White House, but, contrary to some unions’ requests, the task force’s report won’t be the mechanism to unveil it.

Bear in mind, the Obama version, which business lobbyists branded the “blacklisting rule,” was struck down in federal court. And the Biden task force is motivated to find recommendations that stay within legal constraints so they can actually be enacted.