A photo illustration shows an image of David Weil, the nominee to lead the Wage and Hour Division, superimposed over an image of Labor Secretary Marty Walsh.
Photo Illustration: Jonathan Hurtarte/Bloomberg Law; Photos: Courtesy of David Weil and Getty Images

Déjà Vu at WHD | Does the PRO Act Have a Pulse?

Rebecca Rainey: What’s old could one day be new again at the U.S. Department of Labor’s Wage and Hour Division, perhaps in more ways than one.

The Senate labor panel’s surprise vote to advance David Weil—on the strength of Sen. Rand Paul (R-Ky.) being absent—teed him up for the full Senate to consider whether he should return to his Obama-era post as WHD administrator.

Confirmation may not be a sure thing—Weil previously had a Sen. Joe Manchin problem. But if he returns as top U.S. wage cop, one of the immediate tests he’d face would feel like regulatory déjà vu.

The department’s wage division plans to issue a proposal in April that could expand time-and-a-half protections to more workers, an effort in which agency regulators—and, possibly, Weil—will have to navigate a 2017 ruling that invalidated his last effort to update the overtime threshold.

Many attorneys say the idea behind inclusion of the salary provision is to screen out workers who clearly are due time-and-a-half pay but can’t meet other parts of the test.

The Weil-led WHD in 2016 issued a rule to raise the salary threshold to $47,476, and update it every three years based on changes in average income. The next year, a Texas-based federal judge invalidated the regulation, holding that the salary threshold was set so high it made the job duties piece irrelevant, and thus expanded coverage to workers Congress sought to exclude.

The judge also concluded the provision to automatically update the threshold didn’t comply with notice-and-comment requirements for rulemaking.
While there’s dispute about the precedential power of that ruling, it could set guardrails for the Biden administration’s plans to update the OT standard.

Democrats and worker advocates, noting that much has changed for workers since 2017, are calling on Labor Secretary Marty Walsh to set the salary threshold at a minimum of $82,732 by 2026 and to include automatic annual updates.

The 2017 ruling made it clear that at some point the salary test can be so high that it supplants the duties test, said Tracy Miller, a shareholder at Ogletree Deakins in Phoenix. “But the question is: ‘What is that number?’ And I think that’s where there’s valid disagreements.”

A return to court is possible, perhaps even likely, depending on how the rule is written.

The Trump administration in 2019 successfully raised the salary threshold to $35,568 without sparking a legal challenge from the business community. That may have blazed a narrow path for the Biden administration to raise the salary number, albeit slightly, said Miller and Littler Mendelson shareholder Michael Lotito.

“If the Biden administration goes down the road of an $82,000 number, in order to be able to justify it legally based upon prior precedent, they have only one thing to rely upon, and that’s magic,” added Lotito, who co-chairs Littler’s Workplace Policy Institute.

When Sen. Kyrsten Sinema (D-Ariz.) shot down Democrats’ filibuster push last week, the door likely closed on any chance to pass the PRO Act in the current Congress.

President Joe Biden and Democratic leaders, seeking to pass voting rights legislation, have tried to get a carveout from the 60-vote threshold required to advance legislation in the Senate. But Sinema all but killed the effort in a floor speech Jan. 13. Sen. Manchin (D-W.Va.), another key Democratic moderate in the divided chamber, is also opposed.

A filibuster carveout would’ve created daylight for the PRO Act, a union-favored bill that has languished in the Senate because it can’t clear 60 votes.

If the Senate made an exception to its rules for voting rights legislation, unions would have immediately lobbied for the same to be done for the PRO Act, and shutting them down wouldn’t have been easy, said Edwin Egee, vice president for government relations and workforce development for the National Retail Federation.

“It’s hard to go to unions and say, ‘Well, that was a real crisis,’” he said, referring to Democrats’ attempt to pass legislation to counter measures in GOP-led states that limit voting rights. 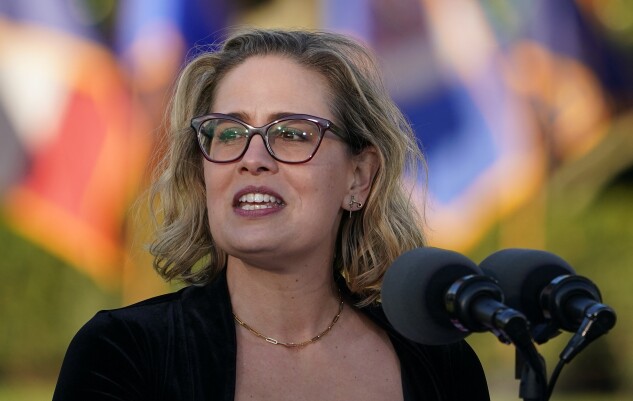 For many business groups, Sinema’s stance was a relief.

“The PRO Act is perhaps the single biggest threat to the franchise business recovery, so opponents of gutting the filibuster are doing the Administration a favor by indirectly sinking this unnecessary attack on Main Street,” Michael Layman, senior vice president for government relations and public affairs at the International Franchise Association, said in a statement.

Unions are still pushing for a change to the Senate’s rules, despite the political obstacles.

“Workers are demanding bold action to secure two fundamental rights—the right to have a voice on the job through a union and a voice in our democracy with their vote,” Mary Kay Henry, international president of the Service Employees International Union, said in a statement.

“When voting rights are under attack, so is our ability to pass substantial legislation like the historic Build Back Better Act, a $15/hr minimum wage, and vital measures to expand workers’ power, build a pathway to citizenship, address climate change and so much more,” she added.

Workers’ rights groups want the administration to find a way to revive negotiations on Build Back Better, an effort that will run through Manchin and Sinema.

To contact the reporters on this story: at rrainey@bloombergindustry.com; in Washington at psmith@bloomberglaw.com