Robert Iafolla: National Labor Relations Board General Counsel Jennifer Abruzzo has made significant strides toward boosting legal protections for workers and unions in her first six months in office.

“To say she’s hit the ground running would be an understatement,” said Jerry Hunter, a former Republican NLRB general counsel who represents employers for Bryan Cave Leighton Paisner LLP. “If she was driving on the highway, a state highway patrolman would give her a ticket for speeding. Clearly, she’s not wasting any time.”

In August, three weeks into her four-year term, Abruzzo laid down a major marker by issuing a memo outlining NLRB case law she wants to challenge. It targeted more than 40 Trump-era decisions.

Since then, her plans have started to materialize. Her office is already before the Democratic-majority NLRB that contest about a dozen precedents set during the prior administration. (Examples: bargaining unit size; gag orders; severance deals; workplace rules; and the independent contractor test.)

Abruzzo’s progress could be slowed by NLRB Chair Lauren McFerran’s commitment to inviting public input on major cases. McFerran recently told Bloomberg Law that while the practice can delay proceedings, the transparency and credibility gains it can provide are important for the board.

And Abruzzo can only move as fast on changing precedent as available cases allow, said Mark Gaston Pearce, NLRB chair during the Obama administration. She needs the right vehicles to present relevant issues to the board.

“That’s just the reality of the process,” said Pearce, who directs the Workers’ Rights Institute at Georgetown University Law Center. “The general counsel and board do not huddle about what cases will be brought before the board.”

Abruzzo’s campaign to put more bite into NLRB remedies includes seeking damages for economic consequences and emotional distress stemming from unfair labor practices, which the board is considering.

She’s outlined a more aggressive strategy on settlements that would limit use of non-admission clauses, and proposed reviving a powerful type of board order that would help unions overcome employer resistance.

Abruzzo also has turned heads with memos declaring that private college athletes are employees under labor law, and pledging to protect workers from immigration-related intimidation.

In her role as the NLRB’s chief administrative officer, Abruzzo has filled some of the vacant leadership positions in the agency’s regional offices. But her ability to staff up more broadly—the agency’s personnel is down 27% since fiscal year 2010—depends on getting a budgetary boost, said NLRB spokeswoman Kayla Blado.

Abruzzo said in an email she’s sought to fully enforce the National Labor Relations Act and lead the agency to “better effectuate its mission.”

“Looking forward,” she added. “I will continue to vigorously protect the statutory rights of workers, expand our opportunities to educate the public about rights and obligations under the statute, and employ all necessary enforcement mechanisms at our disposal.”

Chris Marr: Pay-equity proponents started the year with a win in New York City, and they’re aiming for further expansion of salary transparency requirements in 2022.

Beginning later this year, employers in New York City will be required to provide a salary range in all job listings, with violations treated as discrimination and enforced by the city’s Commission on Human Rights.

The law applies to all employers with four or more employees, but exempts temporary staffing agencies, which already are required to disclose pay information as part of the city’s wage-theft law. 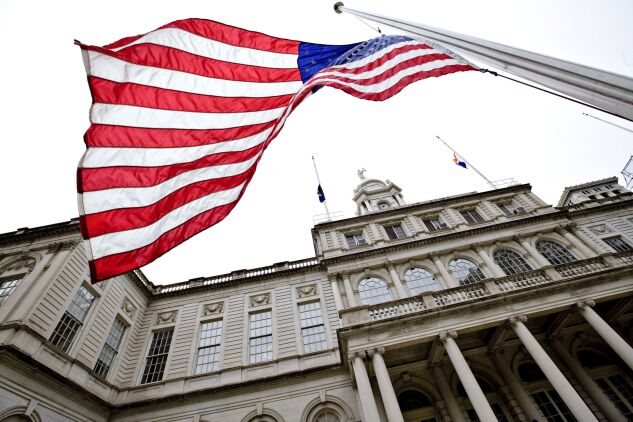 The city ordinance is similar to laws in a small but growing number of states, where employers are required to give job applicants salary or wage information during the hiring process. The policies are designed to help workers ensure they receive fair wages and avoid pay discrimination.

The particulars of what’s required vary from state to state. Colorado requires salary information to be posted in every job listing, while others such as Maryland and Washington state only require the information to be provided upon request by a job applicant.

These pay transparency laws are the latest wave in policies targeting wage inequality, which most commonly affects women and workers of color earning below-average pay—with their salary history often following them from one job to the next.

Pay discrimination “can be difficult to detect, as employees are often hesitant to share salary information with colleagues, and often do not realize—and are unable to know—that they are being compensated at lower rates for comparable work,” JoAnn Kamuf Ward, deputy commissioner at the New York City Commission on Human Rights, told a City Council committee last month. “Recognizing this reality, local and state governments including in New York are taking steps to advance pay equity.”

The NYC Commission on Human Rights is tasked with writing rules to implement the new ordinance before it is scheduled to take effect in mid-May. It became law Jan. 15, when Mayor Eric Adams returned it unsigned to the council.

As state legislative sessions get under way this year, Washington state lawmakers are considering a proposal to rewrite their state’s pay-disclosure law to require a salary range in all job ads, comparable to the Colorado and New York City laws.

The pay disclosure measures build on cities’ and states’ previous pay-equity policies, such as those that ban employers from demanding job applicants’ prior salary history and others that prevent employers from punishing workers who discuss their pay with colleagues.