Rebecca Rainey: Recent rulings from the US Supreme Court reining in executive agencies’ regulatory authority signal that the high court’s conservative majority could take aim at the legal framework used to determine judicial review, known as the Chevron doctrine next, attorneys say.

Agency decision-making usually gets greater weight when being reviewed by the courts under the Chevron legal doctrine, which says courts should defer to a federal agency’s reasonable interpretation of an ambiguous law. But in “extraordinary cases” of “deep economic and political significance” the courts first apply a separate legal doctrine, the “major questions” doctrine, to see if Congress truly intended to give the agency the power to regulate in that space, before deferring to the agency.

The Supreme Court earlier this summer affirmed that agencies can’t regulate “major questions” with significant economic or political implications unless Congress explicitly gives them the power to do so, in the West Virginia v. EPA case. The Supreme Court also invoked the “major questions” doctrine in two other cases last session, when it invalidated the Biden administration’s Covid-19 shot-or-test rule and the pandemic eviction moratorium.

Given the court’s recently expanded view of what presents a “major question,” some attorneys say the conservative-majority court may next take a swipe at Chevron deference all together. And with the Biden administration’s ambitious regulatory agenda, the DOL’s moves to define an approach to independent contractor status, alter how prevailing wages are calculated, expand overtime pay protections, or issue most any other regulation could be more vulnerable to litigation if that happens.

“I think those of us that practice in the space of Administrative Law have been watching over some period of time, a growing skepticism among federal courts, with the administrative state and its power and the proper delegation from Congress,” said Michael Lotito, co-chair of Littler Mendelson PC’s Workplace Policy Institute.

In West Virginia v. EPA the Supreme Court “obviously didn’t go the whole way with Chevron deference, but, clearly that’s next,” Lotito said. “I think that the Justice Department, which defends or brings these cases for the agencies, has to be concerned about what kind of case might get to the Supremes that would give them, with that 6-3 majority, the opportunity to just reverse Chevron entirely.”

And even though the EPA ruling didn’t mention Chevron, under the high court’s expansion of the “major questions” doctrine, agency deference will no longer be much of a question when courts are reviewing rulemakings, Harvey Reiter, a partner at Stinson LLP, noted.

“It’s a question of whether they have any jurisdiction to undertake the rule,” Reiter said. The direction of the conservatives’ concurring opinion in the EPA ruling “points to an assault on the traditional administrative regulatory agencies, and narrowing their potential authority to do things,” he said. 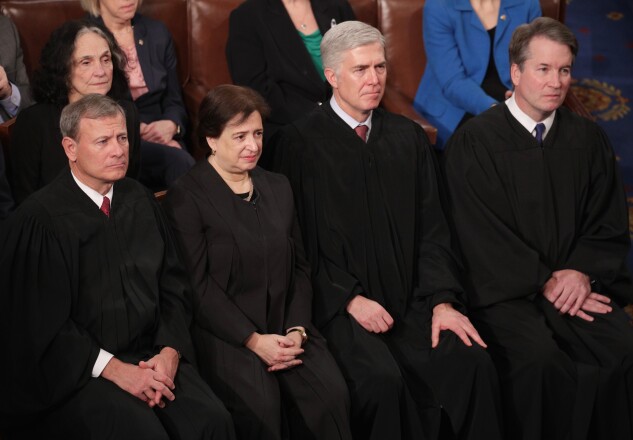 Austin R. Ramsey: A revised version of President Joe Biden’s $94 billion bailout for union-backed pension plans will take effect next week, outlining a realistic path for hundreds of cash-strapped plans to pay benefits for the next 30 years.

The new rule replaces an interim final rule the Pension Benefit Guaranty Corporation issued last year that used conservative interest rates to calculate total bailout money, and set strict limits on the ways plans could invest assistance money they received. That stirred controversy among unions and employers who feared those restrictions could sabotage the economic recovery Biden had promised.

Beginning next week, the private-sector pension insurer will offer two interest rates for bailout and non-bailout principle amounts, meaning troubled multiemployer plans are promised more money from the start. Meanwhile, those plans will be able to invest up to 33% of the financial assistance in higher return growth assets, such as value equities and more volatile, unhedged global bonds.

Growth assets are inherently more risky, and that’s sure to raise some eyebrows, said Sweta Vaidya, head of solution design at Insight Investment. But plans may not have to rely too much on growth investments under the rule, because the higher special financial assistance allocations combined with favorable, short-term fixed-income strategies may be enough to put plans on the right track.

“We believe that a bond portfolio can now be structured to provide the income the plan needs to reliably meet benefit payments until at least 2051, as intended,” she said.

Millions of union workers’ retirement benefits have been threatened, reduced, or even cut over the last two decades by more than 200 massively underfunded group plans in the US—the product of poor assumptions, failed risky investments, and policies that hold healthy employers responsible for their partners’ losses.

Nearly 30 plans have already received special financial assistance under the PBGC’s interim final rule at a cost of nearly $7 billion. Those plans stand to benefit from the PBGC’s final rule, too, because the agency left the door open for supplemental applications.

Unions, fearing employers would leave failing plans in droves once their responsibility to pay back benefits was reduced by bailout allocations, also got a gift from the federal government in the final rule. The agency included a “phased-in” withdrawal liability clause that will force companies participating in union-brokered multiemployer retirement plans to recognize financial assistance as plan assets little-by-little over the 30-year program.

This could spark a “heated discussion” among employers, noted Robert Perry, a principal at law firm Jackson Lewis in New York City, and David M. Pixley, a principal in the firm’s Cleveland office.

“The final rule, like the interim rule, seemingly ignores the existing and ongoing burden imposed on contributing employers, specifically as it relates to contribution rates,” the pair said in a client alert.