Ian Kullgren: Jennifer Abruzzo is going where no modern NLRB general counsel has gone before, seeking to outlaw mandatory anti-union meetings convened by employers. But there are still critical questions around what, exactly, that entails.

Mandatory meetings “inherently involve an unlawful threat that employees will be disciplined or suffer other reprisals if they exercise their protected right not to listen to such speech,” the National Labor Relations Board’s top lawyer told regional directors in a memorandum last week. Her effort would upend one of employers’ main tactics for fending off unions.

But it’s unclear what would and wouldn’t be considered a so-called “captive audience” meeting under Abruzzo’s legal theory. For instance, if an employer holds an hour-long meeting and spends five minutes denouncing a union drive, could they still get dinged with a violation? And how much would the ban actually help unions?

Labor groups still wouldn’t be able to come onto employers’ property uninvited to promote their cause, and managers could still host anti-union meetings that are technically optional or located in a place where people could walk away, said Anne Lofaso, a labor law professor at West Virginia University. But the GC’s policy statement would largely end the practice of hiring outside consultants to host extended anti-union presentations during the workday, she said.

The U.S. Supreme Court ruled in 1941 that the National Labor Relations Act doesn’t prevent employers from expressing their views on labor issues, meaning the board can’t ban anti-union employer speech altogether. But the high court also said that certain kinds of speech could be considered by the board to be coercive.

Therefore, Abruzzo argues, employers can and should be punished if they hold mandatory meetings or “corner” workers on the job.

Business advocates said her memo is vague, chills employers’ free speech, and will lead to a mountain of unfounded claims against them.

“I’m really stunned by the memo because of the free speech implications,” said Michael Lotito, an attorney for the management-side firm Littler Mendelson. “It’s already galvanizing the management community.” 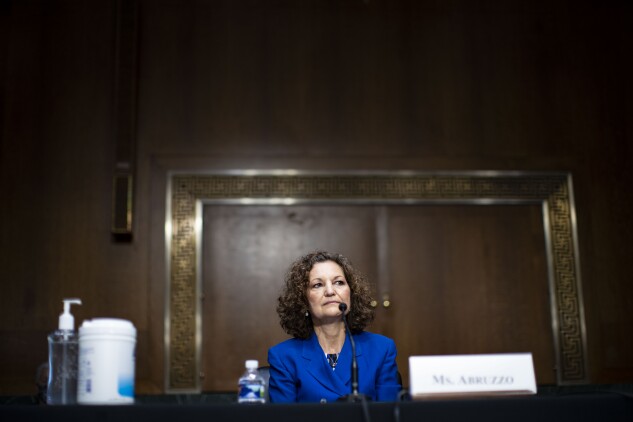 Jennifer Abruzzo, then-nominee for general counsel of the National Labor Relations Board, listens during a Senate Health, Education, Labor and Pensions Committee confirmation hearing in Washington, on April 29, 2021.
Al Drago/Bloomberg via Getty Images

Victory at Amazon Site Leads Other Unions to Rethink Strategy

Rebecca Rainey: Don’t expect to see the U.S. Labor Department’s overtime pay proposal for at least another two months. The agency has extended stakeholder meetings on the forthcoming rule into June, as it seeks input on the initiative expected to expand time-and-a-half protections to more workers.

The DOL has been meeting with interested groups since last month, with the sessions scheduled through at least June 3. The agency in recent weeks added several additional gatherings, including virtual listening sessions for advocates and employers for each region of the U.S., after some grumbling from industry groups that they weren’t given enough time to speak with the administration when the first tranche of sessions was announced.

It would be unusual for the agency to release the rule in draft or for official publication before the sessions have wrapped.

“We want to hear from a broad and diverse group, and we are providing numerous opportunities for engagement,” DOL spokeswoman Victoria Godinez said in a statement. “The Department greatly values the insight and ideas of workers, employers, unions, industry representatives, and other stakeholders.”

In the meantime, business groups have been urging the DOL to reconsider the proposal altogether, arguing that the Trump administration recently updated the OT regs.

“The minimum salary threshold was adjusted just three years ago, and there seems to be no compelling reason to revisit that threshold,” the Partnership to Protect Workplace Opportunity, a business coalition that includes the National Retail Federation, HR Policy Association, and the Chamber of Commerce, said in an email to DOL last month.

Businesses, by law, don’t have to pay their employees at a time-and-a-half rate when they work more than 40 hours a week if they are salaried, make more than a certain amount of money per year, and work in a “bona fide executive, administrative, or professional capacity.”

The Trump administration in 2019 raised the salary threshold under which workers are automatically owed overtime pay from $23,660 to $35,568. But that came after business groups successfully sued to overturn an 2016 Obama administration rule that would have expanded overtime protections to workers making as much as $47,476 a year—which some say would have covered millions more workers than the Trump rule.

The PPWO urged the department to delay any changes to the overtime exemptions until industries have recovered from the pandemic, inflation has tapered, and industries have a better understanding of post-pandemic work.

But labor and worker groups contend the department should have the legal authority to raise the OT salary threshold to $82,732 by 2026, and may be on board with a lower number if the forthcoming rule includes automatic updates to the threshold.

“We think that that indexing is an absolutely essential part of this because through the first 35 years of this law, the salary threshold was updated pretty frequently,” said Judy Conti, government affairs director for the National Employment Law Project. It makes sense to update the threshold on a regular basis to prevent it from stagnating, which could benefit businesses too, she added.

“I would much prefer knowing that I have to do small, gradual, regular updates rather than all of a sudden perhaps being faced with a really huge update all at once,” Conti said. “Businesses always talk about ‘we need predictability, we need to know what’s coming.’ Well, a regularly and gradually inflated salary threshold that just goes up with inflation or whatever index you choose is the best way to provide that.”