Ben Penn: Three developments central to shaping the Biden administration’s workplace policy agenda are likely to converge in the next month.

The first involves the fate of transformative labor provisions in Democrats’ House-approved reconciliation bill, now subject to negotiation in the Senate. Second is the White House’s yet-to-be-unveiled task force report recommending executive actions to aid union organizing. And third is the semiannual agenda that lists each federal agency’s rulemaking playbook over the next year.

These items are operating on separate tracks, and we wonder whether Democrats’ reconciliation dance will outlast New Year’s Eve reveling. Yet they’re all connected. Collectively, they serve as a reminder that the midterms are less than a year out, meaning time is running short for the White House and congressional Democrats to put their stamp on labor and employment policy before they could potentially lose their slim majorities on Capitol Hill.

The endgame for Democrats’ tax and social spending bill, aka President ‘s Build Back Better framework, carries the greatest significance because legislation would endure into future administrations. The outcome will determine whether first-of-their-kind labor law fines, significantly increased wage and safety penalties, robust enforcement funding, and paid leave will make the final bill.

Wrangling between Senate moderates and progressives, possible rulings from the Senate parliamentarian, and the House’s reception of whatever reboot it gets in return must still play out.

The regulatory agenda and worker-organizing task force’s recommendations could be released any day. They’ll map out the administration’s concrete labor goals beyond the legislative arena and provide a sense of what will be prioritized.

The agenda will mark the first legitimate gauge of the Department of Labor’s regulatory vision under Biden, given that it was shaped by the July arrivals of Secretary Marty Walsh‘s senior team—Deputy Secretary Julie Su and Solicitor Seema Nanda.

It will likely show whether the department is ready in 2022 to revive an Obama-era initiative to extend overtime pay to millions of new Americans. It is also likely to reveal whether regulators plan an aggressive timeline for an infectious disease standard and other possible occupational safety protections. 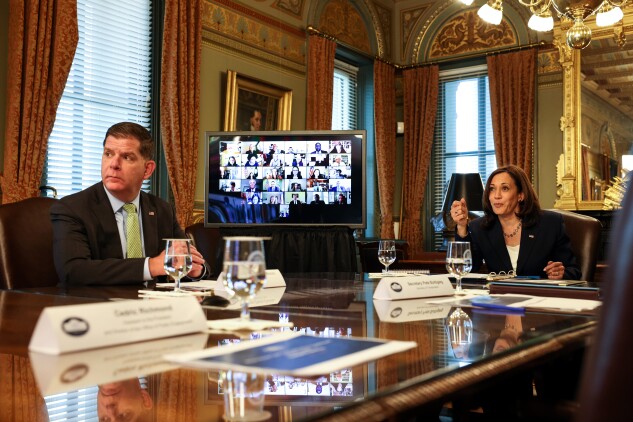 Labor Secretary Marty Walsh and Vice President Kamala Harris, who head the White House task force on union organizing, take part in one of its meetings, in May.
Photographer: Anna Moneymaker/Getty Images

Those rules, if finalized, could be implemented with more vigor if Congress passes a reconciliation package consistent with the House model, which authorized DOL to levy fines nearly 20 times larger for repeat or willful overtime violations (up to $20,740 per violation, compared with $1,100 currently). Maximum Occupational Safety and Health Act penalties for repeat or willful offenders would be boosted to $700,000 per violation.

Employers also would face a greater chance of getting caught for skirting those rules, under the House bill.

The legislation would award the Occupational Safety and Health Administration and the Wage and Hour Division an extra $1.1 billion combined through 2026—on top of their annual appropriations—to hire investigators and bring cases. And the department’s underfunded litigation office would have an extra $176 million at its disposal to take companies to court if they won’t settle.

For organized labor, creation of National Labor Relations Act penalties for companies that violate workers’ rights to organize and bargain would be critical. It’s still possible the Senate parliamentarian excises that language from the bill. Even if she doesn’t, union leaders are pushing for more from Biden.

That’s why the task force’s recommendations of actions Biden can direct agency leaders to take will carry greater significance. They won’t produce comprehensive change, but they can ensure the federal government supports the labor movement in incremental ways, such as through its purchasing power.

Don’t think for a second that’s all the administration has in store.

Many lawmakers and regulators believe workplace retirement plans are best-suited to house tax-advantaged student-loan repayment options, but how to configure them is the rub.

Until they figure that out, businesses eager for an edge recruiting and retaining younger talent are left waiting, said John Carl, president and founder of the Retirement Learning Center in Brainerd, Minn.

A few months back, the Biden administration chose to see what Congress does on student loans. It abandoned a rulemaking that would’ve cleared a regulatory hurdle preventing businesses from enhancing their benefits packages to attract debt-saddled young workers.

Before that move, the Internal Revenue Service had seemed poised to broaden the applicability of a 2018 private letter ruling that permitted a medical device manufacturer to make nonelective retirement contributions based on workers’ student loan payments.

Without a rule change, though, employers that want to let younger workers save for retirement while they work toward paying off student debt need permission from regulators on a case-by-case basis. 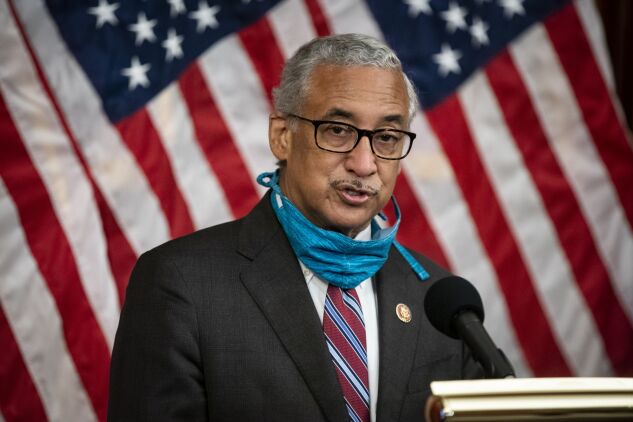 Even if an employer gets the green light to institute nonelective contributions, those benefits don’t require employee participation, so the DOL and IRS treat them differently in biannual employee benefit access tests. That eliminates a huge swath of 401(k) providers offering test-exempt plans and limits how broadly the benefit can be applied.

Democrats in Congress have included student-loan repayment in the SECURE Act 2.0 legislation. That bill, essentially a Democratic retirement policy wishlist, got new life when Democrats axed similar proposals from the House reconciliation plan, in theory giving Secure 2.0 a better shot at becoming law.

The measure will be wed with a plan to set up a nationwide database for lost retirement accounts, and receive consideration on the House floor, House labor committee Chair Bobby Scott (D-Va.) said this month.

Most highly educated nonprofit and public sector workers who are saddled with the highest debt totals believe their employers should help them pay it back, a TIAA report this month showed.