President Joe Biden announces April 21 that the U.S. will meet his goal of administering 200 million Covid-19 vaccinations in his first 100 days in office.
Photographer: Sarah Silbiger/Bloomberg via Getty Images

Ben Penn: President ‘s 100th day in office later this week—arbitrary benchmark though it may be—offers several opportunities for assessing his administration’s delivery on its labor and employment pledges.

Biden had directed his administration, the White House announced Jan. 22, “to start the work that would allow him to issue an Executive Order within the first 100 days that requires federal contractors to pay a $15 minimum wage and provide emergency paid leave to workers.”

Nobody thinks the administration will have bailed if the order doesn’t arrive by the April 29 milestone, but a delay would frustrate worker advocates for a second time, after the Labor Department missed the March 15 deadline Biden set for a Covid-19 workplace safety rule.

One-hundred days “is somewhat arbitrary, but regulations take time and contracts are going out the door,” said Karla Walter, senior director of employment policy at the Center for American Progress. “We want the $15 and emergency paid leave requirements on the books and affecting contracts as the government invests in measures to spur economic recovery.”

The center is among several nonprofits and unions pressing for Biden to sign the promised order, ahead of the surge in federal spending that would result if he makes good on his $2.25 trillion infrastructure vision.

Existing Obama-era executive orders on paid sick leave and a $10.10 minimum wage (now up to $10.95) for employees of federal contractors should help simplify the drafting process.

Biden faces greater pressure to honor his $15 vow for millions of workers on federal contracts after his bid to enact the same pay boost for all minimum-wage workers fell flat in Congress.

Armed with recent studies showing high violation rates by federal contractors, advocates have pitched the administration on adding a provision to the order that would ban contractors from forcing workers to sign arbitration agreements that waive their right to sue to collect unpaid wages. 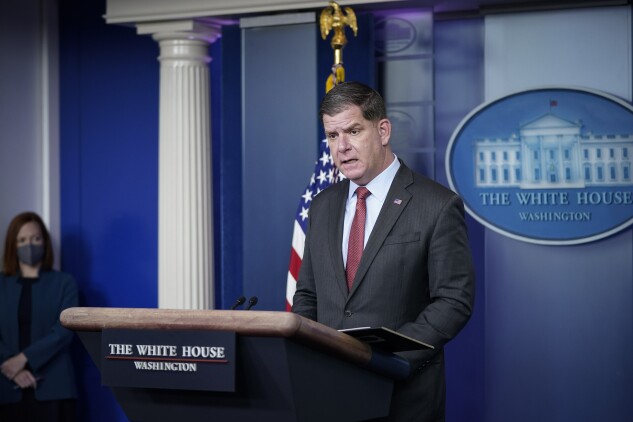 “Enforcement must be adequately funded and improved, and workers must have the ability to seek redress for wage theft through full access to the judicial system,” said Anastasia Christman, who directs the National Employment Law Project’s Worker Power Program.

Biden’s self-imposed Thursday deadline for the order comes during a three-day stretch when his labor and employment agenda gets congressional scrutiny.

Chris Marr: The universe of workers covered by unemployment insurance would expand permanently under a sweeping proposal percolating in the U.S. Senate.

Advocates hope to see it become a White House priority.

Those who support making unemployment benefits more generous nationwide want the White House to include elements of the proposal in its upcoming family-focused legislative plan—or at least have Biden commit to improving benefits during his April 28 remarks to Congress.

Short of that, the proposal from Sens. (D-Ore.) and (D-Colo.) could face lengthy negotiations. 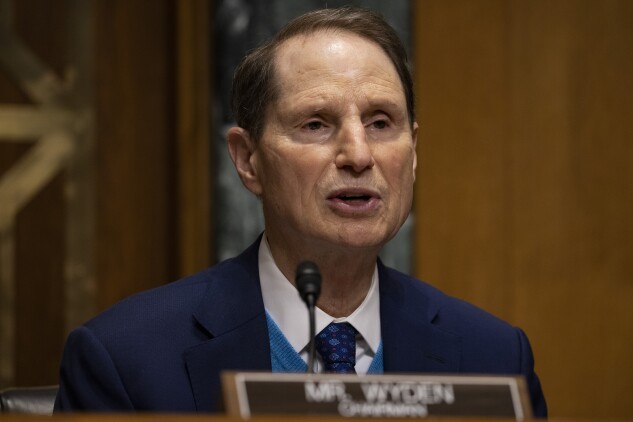 “Before we get to the point where we can debate some of these provisions in the Wyden-Bennet bill, we have to get them included in the White House’s plan,” Rachel Deutsch, an attorney at the Center for Popular Democracy, said during an April 21 organizing call for advocates.

Advocates have called the blueprint a good step toward addressing inadequate benefits and racial disparities, as Southern states—where average benefit amounts are lowest—also tend to have larger Black populations. Some have called for the federal government to fully take over payment of unemployment benefits.

“This proposal puts us in the right direction toward some bolder structural changes,” said Nicole Marquez, director of social insurance at the left-leaning National Employment Law Project, adding she hopes it doesn’t “get pared down.”

The Wyden-Bennet plan would cover people who often don’t qualify for benefits—temporary workers, part-time workers, and those who quit a job for reasons such as sexual harassment, unreliable work hours, or loss of child care.

It would require states to classify more workers as employees rather than independent contractors, who traditionally don’t qualify but temporarily received jobless benefits through Pandemic Unemployment Assistance that Congress created in March 2020. Self-employed people would be eligible for a new category of benefits called a “Jobseeker Allowance.”

Getting the proposal through Congress as a standalone would be a heavy lift, given its likely high price tag. The Wyden-Bennet draft indicates it would be financed via unspecified increases in the unemployment taxes employers pay.

Current tax rates vary from state to state, but businesses generally pay a percentage of the wage base, which also varies but in many states is the first $7,000 of income per employee.

“It doesn’t even have to be a huge adjustment to the formula to generate quite a bit more money,” Deutsch said.

“There’s a lot of work that goes into it months and sometimes even a year ahead of time, especially for our member companies that are very large,” said Aliya Robinson, the group’s senior vice president of retirement and compensation policy. “It’s a lot of data they’re aggregating that they have to get from different sources for different forms.”

U.S. employee benefit plans are required to maintain a comprehensive reporting and disclosure schedule. The demands will become more complex this year with implementation of lifetime income estimates established under a retirement policy overhaul Congress passed in 2019.

Plans also are required to comply with annual funding notice reports, compliance and research disclosures known as Form 5500s, and material modification summaries, among others.

The industry group requested a three-month extension for filing employee-benefit plan documents. Deadlines vary according to a plan’s start date.

Even before the coronavirus upended workplace patterns, EBSA collected $7.6 million more in fines for reporting enforcement in 2019 compared to the prior year.

EBSA officials didn’t respond to a request for comment.