Amazon worker Darryl Richardson speaks in support of unionizing an Amazon.com Inc. fulfillment center in Bessemer, Ala., during an event outside the Retail, Wholesale and Department Store Union office in Birmingham, Ala., on March 26.
Photographer: Patrick T. Fallon/AFP via Getty Images

Ian Kullgren: After months of hyping the unionization drive at fulfillment center in Bessemer, Ala., the Retail, Wholesale and Department Store Union’s bid to represent 5,800 warehouse workers fell apart with remarkable speed.

What the U.S. labor movement had hoped would be its biggest election win in decades turned out to be a loss so lopsided that National Labor Relations Board officials didn’t even bother counting 505 ballots that had been challenged.

RWDSU was always facing long odds. In recent decades, big non-union employers have fared well in elections overseen by the NLRB. But during an organizing campaign that overlapped with, and was driven by, the pandemic and renewed protests of racial and income inequities in America, union backers hoped a surprise victory could bolster a push for changes to U.S. labor law.

Minutes after the election was called on Friday, RWDSU and its allies shifted to attack mode, announcing the filing of unfair labor practice charges against Amazon and trying to use the loss to drum up support for the PRO Act, an expansive pro-union reform bill.

RWDSU will pursue a two-pronged strategy at the NLRB to challenge the election and its outcome, a process that could drag on for months.

The onus is now on RWDSU to produce evidence to back up its push to have the results nullified and to justify its allegation that Amazon committed unfair labor practices. Amazon will fight back hard.

The NLRB route gives the union a chance to win a re-run election, but, once again, the odds aren’t in its favor. Here’s a look at the next steps.

There are also plenty of bigger-picture questions for the labor movement, such as: Will Amazon’s decisive win blunt nascent efforts to build momentum for organizing other parts of the company’s e-commerce empire? Will the campaign in Bessemer, with its emphasis on the effects algorithmic management has on workers, resonate among workforces at other companies and in other sectors? 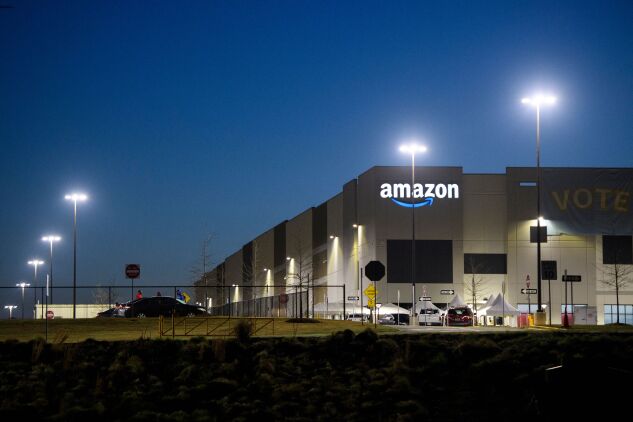 The Amazon warehouse in Bessemer, Ala., on March 29, the day voting in the union election officially ended.
Photographer: Patrick T. Fallon/AFP via Getty Images


Then there’s the question of whether unions can use Bessemer to re-energize efforts to pass the PRO Act, which was approved in the House but faces poor prospects in the Senate unless the filibuster is removed.

Union supporters pointed to various provisions in the measure, such as monetary penalties for bad actors and a ban on employers holding mandatory anti-union meetings, that they believe could have altered the outcome in Alabama.

Ben Penn: The coming spending negotiations on Capitol Hill could factor into the rollout of labor elements in an infrastructure package, if President makes good on his top legislative priority.

Biden’s “skinny” budget, released Friday, asked for a $1.7 billion hike in U.S. Labor Department spending, including a $304 million boost for worker protection agencies. The White House said that’s designed to overcome staffing losses of about 14% over the last four years at DOL enforcement divisions, such as the Wage and Hour Division and the Occupational Safety and Health Administration.

If Biden’s $2 trillion infrastructure plan becomes reality, it will mean major investments in jobs for construction and home-care workers—and enforcement will be essential to meeting Biden’s pledge that these will be quality jobs.

That vision could fall flat if OSHA isn’t funded to a level necessary to keep oft-dangerous construction sites safe. The same is true if WHD can’t hire and train enough investigators to give teeth to prevailing wage standards for government contracts or the 2015 final rule that extended wage protections to home-care workers.

The White House must convince Congress to follow its spending framework, not to mention pony up $2 trillion more for infrastructure—even with Democrats holding slim majorities in both chambers.

Yet when it comes to spending on DOL and other workplace agencies, House Appropriations Chair (D-Conn.) may be the “X” factor. DeLauro took over the committee’s top spot in January and also retained the gavel of its labor subcommittee.

Now, one of labor’s most forceful congressional champions has a role with more leverage to push through the White House’s spending priorities for labor. It’s no coincidence the 16-term congresswoman highlighted Biden’s call for the $304 million plus-up for DOL worker protection agencies in her statement applauding the plan. 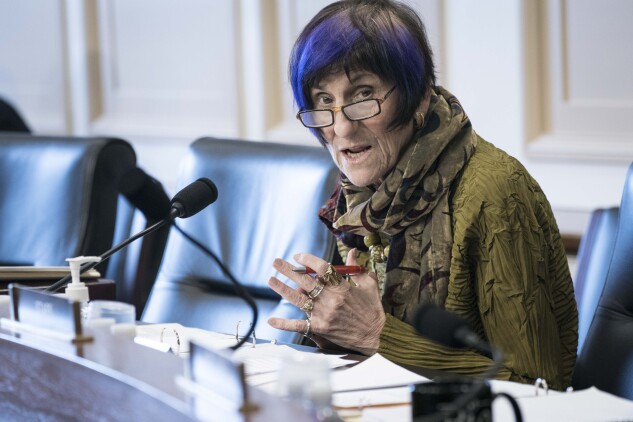 DeLauro plans to use her new power to ensure DOL programs get the robust funding increases she’s long felt they deserved, to root out issues like wage theft, a Democratic aide told Bloomberg Law. She’s already chatted a few times with Labor Secretary Marty Walsh, and plans for an official meeting soon, before he’ll be called to testify before the panel, the aide said.

Their alliance will run up against Republican opposition to using enforcement funds for what GOP lawmakers view as “gotcha"-motivated investigations. But for worker advocates who’ve long felt their cause has been overlooked relative to other Democratic priorities, DeLauro gives them reason to think today’s a new day.

Genevieve Douglas: The Biden administration, which has been in rollback mode on key Trump-era labor regulations, is doubling down on a rule that raised the minimum thresholds investors must meet to participate in the EB-5 visa program.

Behring Regional Center, a Bay Area entity that facilitates investments for EB-5 participants, argues in a case filed in California federal court that the Department of Homeland Security didn’t have the power to promulgate a regulation that changed the requirements for a statutory-based visa program.

Attorneys for DHS submitted documents in the case April 1 that said Secretary Alejandro Mayorkas ratified the rule, which took effect in November 2019, in an attempt to moot some of the claims brought in the lawsuit.

The complaint challenged the authority of former acting DHS heads Kevin McAleenan, Chad Wolf, and Ken Cuccinelli to direct the rulemaking, arguing they were improperly appointed.

The EB-5 program allows immigrants to qualify for a green card if they invest the required minimum amount in a U.S. commercial entity that creates at least 10 jobs for U.S. workers. The regional center part of EB-5—which makes up about 95% of the program—allows immigrants to pool their investments and count indirect job creation toward the visa requirement.

The plaintiff said that data shows those changes will price out potential investors, and eliminate business for regional centers.

Attorneys for the regional center told the U.S. District Court for the Northern District of California April 5 that they didn’t agree or otherwise concede that the lawsuit’s arguments related to DHS leadership have been rendered moot by the government’s filing of the notice of ratification.

The California suit follows a similar challenge from a Florida regional center. A federal judge in the District of Columbia ruled in March 2020 that the regulation should remain, finding that Florida EB-5 Investments LLC didn’t show that the changes in the new rule will result in “certain” decline in the program, dismissing the regional center’s motion for a temporary injunction.