Nineteen groups urged Becerra in a Tuesday letter, obtained by Bloomberg Law, to advocate for the paid-leave benefit as part of Democrats wide-ranging social spending package now under negotiation. The letter echoes concerns paid-leave supporters have expressed privately that the proposed new program is in danger of getting axed from the spending package, particularly if holdouts like Sen. (D-W.Va.) insist on keeping the package’s price tag below $1.5 trillion.

Becerra championed paid leave for workers at the -owned Whole Foods when he was California’s attorney general. As HHS secretary and a champion of equitable access to health care, he now can speak to the health impacts of having to choose between treating an illness and taking unpaid time off from work, the letter said.

The groups—including AARP, the American Heart Association, and the National Partnership for Women & Families—said Becerra has “the unique insight on how a program like this” can improve access to health care.

The groups “represent millions of patients, caregivers, medical professionals, people with disabilities and their families, and other individuals harmed by a lack of paid leave,” according to the letter.

A decision on what will and won’t be included in the House Democrats’ spending bill is near, according to House Speaker (D-Calif.). The original proposal for a nationwide paid family and medical leave program already has been considerably narrowed, bringing it from 12 weeks of annual leave to four. 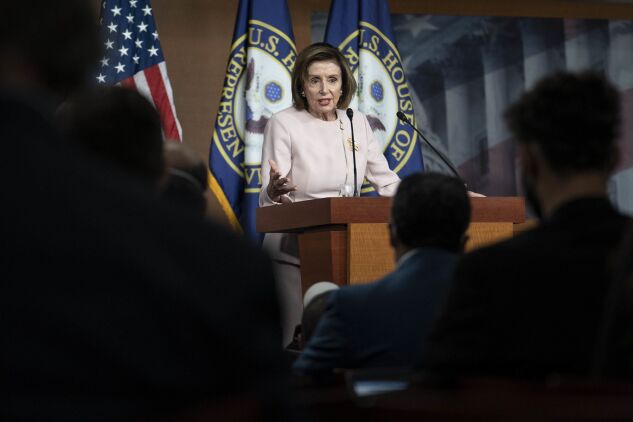 Even a slimmed-down paid leave program is better than nothing, advocates say, because the new program would give the administration a foundation on which to expand later.

The House Majority Leader (D-Md.) said Tuesday that a decision on paid family leave hasn’t yet been reached.

“We’re very supportive of that objective, and it’s still being discussed,” he said.

Rep. Jamaal Bowman (D-N.Y.) said Tuesday “it would be hard to get my vote” for any paid leave proposal with less than 12 weeks.

“You have a child that’s 4 weeks old, and you have to give the 4-week-old baby to a stranger, to take care of them while you go to work to try to earn a living wage,” Bowman said, adding that Manchin is “trying to gut all the things that will get people out of poverty.”

Advocates also are rallying behind the proposed new entitlement program on social media. The hashtag #SavePaidLeave saw wide use Tuesday by groups like the National Women’s Law Center and Paid Leave for All and worker advocates like Melinda French Gates and Mary Kay Henry, international president of the Service Employees International Union.

“Comprehensive paid family and medical leave is essential for the health of individuals across the lifespan,” the letter to Becerra said. “Being able to take time off work is fundamentally an access to care issue, and the status quo forces many patients and caregivers to choose between treating their illness and having enough income to survive—while also exacerbating health inequities.”