, the longtime president of the AFL-CIO and Democratic ally, died unexpectedly on Thursday, according to a union spokesperson.

Trumka, 72, died while celebrating his grandson’s birthday, according to an email sent by his staff to labor unions.

“He was more than the head of the AFL-CIO, he was a good close personal friend,” President said Thursday at the White House before a meeting with Asian American, Native Hawaiian and Pacific Islander groups. “At least he was with people who adored him.”

Trumka was elected AFL-CIO secretary-treasurer in 1995 and held that post until 2009, when he was elected president, according to the 12.5 million member labor union federation. He was elected the youngest president of the United Mine Workers of America at age 33 in 1982.

“The labor movement, the AFL-CIO and the nation lost a legend today,” AFL-CIO communications director Tim Schlittner said in a statement. “Rich Trumka devoted his life to working people, from his early days as president of the United Mine Workers of America to his unparalleled leadership as the voice of America’s labor movement.” 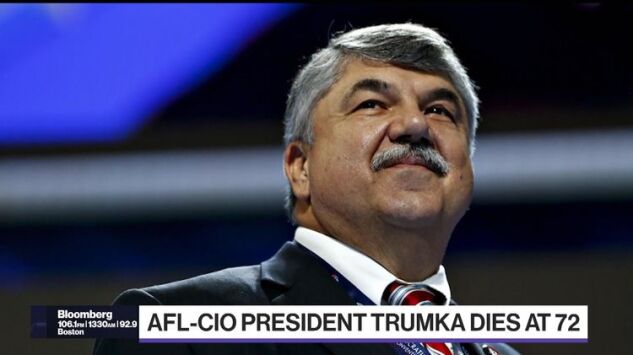 Richard Trumka, the longtime president of the AFL-CIO and ally of Democrats, has died unexpectedly, according to a union spokesperson. David Westin reports on “Balance of Power.” (
Source: Bloomberg)

Under the AFL-CIO constitution, if a president dies the secretary-treasurer is required to call a meeting of the union’s executive council to elect a successor to serve the remainder of his term.

Fellow labor leaders see , a Trumka ally who has been serving as the AFL-CIO’s secretary treasurer, and Sara Nelson, president of the Association of Flight Attendants, as top contenders to replace Trumka. Either would be the first woman to lead the federation.

A competitive leadership contest would be healthy for the AFL-CIO, whose ranks have declined in recent decades, said Rutgers University labor studies professor Janice Fine. 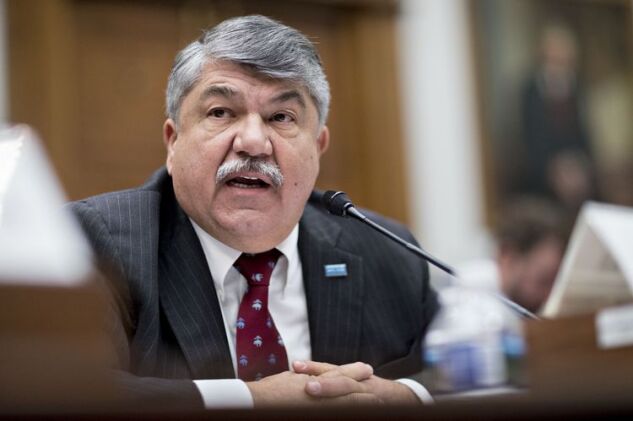 Majority Leader announced the news of Trumka’s death to the full Senate shortly after noon on Thursday.

“His courage in speaking truth to power made a difference for millions and made him a cherished ally in our mission to advance the health, financial security and well-being of working families,” Pelosi said in a statement.

Labor groups praised Trumka as a devoted family man and and hailed his efforts on behalf of workers on issues such as improving workplace safety, racial justice and retirement security.

“We’ve lost one of the nation’s fiercest, most effective advocates for working people ever,” , president of the American Federation of State, County and Municipal Employees, said in a statement. “From his earliest days working in the coal mines of Pennsylvania, Rich has lived the values of the labor movement with the greatest passion and purpose. He has touched and improved so many lives.”

Trumka will be especially remembered for his leadership of the United Mineworkers of America during the strike in 1989 and 1990 against , and Trumka’s work in the labor movement isn’t finished, said , the president of the Association of Flight Attendants.

“The very best way to honor Rich’s legacy is to fight back stronger than ever for American workers,” Nelson said in a statement.

In the struggle over health benefits at Pittston Coal, thousands of people were arrested in civil disobedience protests, and employees remained out on strike for months -- despite the jailing of union leaders, injunctions and millions of dollars in fines.

“We had a strategy of bringing everybody into the fray,” Trumka said in a 2016 with Bloomberg Businessweek. He said he learned that “with some real determination and solidarity, we can do some pretty incredible things.”

Trumka grew up in the small, coal-mining town of Nemacolin, Pennsylvania, and his father, grandfather and other men in his family were coal miners, according to an AFL-CIO biography. Trumka worked in the mines as he attended Penn State and Villanova University law school.

During his time at the helm of the AFL-CIO, Trumka worked to bring back affiliates that had left the federation, to hone its political power, and to position it as a respected voice on issues like immigration and racial justice while managing disagreements within its own ranks.

(Updates with additional comments and details from fifth paragraph.)

To contact the reporters on this story:
in Columbus at mniquette@bloomberg.net;
in Palo Alto at jeidelson@bloomberg.net