The National Labor Relations Board’s count of union ballots cast by workers in Bessemer, Ala., is shaping up to be a must-see event, beginning Tuesday, that could usher in a new era of visibility for the agency and potentially invite political scrutiny.

Normally, the ballots would be counted at the location where the election took place, which likely would have been the warehouse in Bessemer. The NLRB’s process gives employers authority to bar visitors to the property; companies usually limit access to the NLRB officials who do the counting, with only a few representatives for the union and the employer on hand.

Not this time. Because the election was held by mail due to the NLRB’s pandemic policy, votes will be counted at a neutral location, stripping Amazon of the ability to act as gatekeeper. Anyone with a Zoom account and the proper passcode can tune in.

The public will be able to see each side’s legal strategy play out in real time, a rare privilege that could lead to calls for similar transparency in future union elections.

“It ups the ante—everybody needs to be on their good behavior,” said Marshall Babson, a former Democratic NLRB member and an employment attorney at the management-side law firm Seyfarth Shaw. “Making this more public than it ordinarily might be is a way to, arguably, enhance respect for NLRB processes.”

The pandemic has presented immense challenges for the NLRB’s handling of union elections, and the one involving nearly 6,000 Amazon workers in Alabama is no exception. For nearly a century, since the National Labor Relations Act became law in 1935, workers voted mostly by hand, in person.

But over the last year, elections—including the one in Bessemer where workers were voting to join the Retail Wholesale and Department Store Union—have been held largely by mail, with related legal hearings conducted via livestream, mirroring the scenes playing out in courts across the country.

Unlike court proceedings, which are public except in rare instances, NLRB ballot counts have been held largely in secret until now. 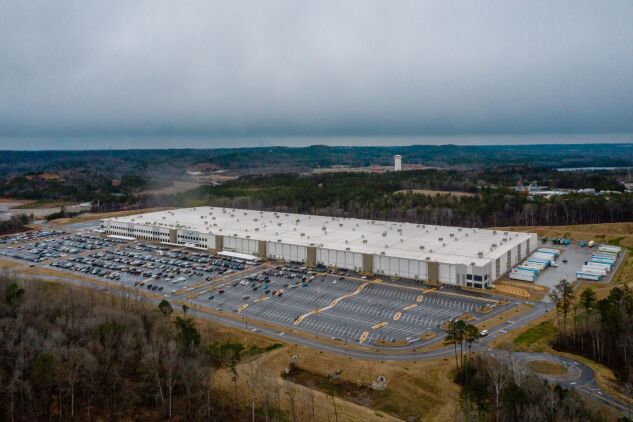 Genie’s Out of Bottle

For labor wonks, it’s an opportunity to have a front-row seat to one of the most highly anticipated unionization votes in years.

“Manual elections, which up until the whole Covid thing were probably 99% of elections, they weren’t open to the public because it was private property,” said Jack Toner, former NLRB executive secretary and an attorney at Seyfarth Shaw. “So this is unusual. What it portends for the future is an interesting question. Once they’ve started, I’m not sure that they can put the genie back in the bottle.”

Voting by mail in union elections has gone smoothly during the pandemic, raising the question of whether the NLRB will adopt it as a more permanent practice. If that happens, “I’m not sure what the argument is to not allowing people to watch, just like the court proceedings,” Toner said.

The only real down side may be for the attorneys, who could find it harder to shape media coverage with reporters present in the proverbial room, Toner added.

The Amazon tally comes as the NLRB, now headed by a Democratic chair but controlled by a Republican majority, seeks to elevate its public profile. Acting General Counsel , who President Joe Biden named to the post after firing a Trump appointee, last week issued a directive for staffers to engage with the public on labor law issues, reversing Trump-era restrictions on agency outreach.

The change speaks to the belief among union supporters that more workers would organize if they were better informed of their rights. Union membership is on a steady decline: 6.3% of private-sector workers belonged to a union last year, down from more than 10% in 1990.

The public already got a taste of the Amazon proceedings in December, when the NLRB livestreamed a pre-election hearing that included, among other things, the scope of the Bessemer bargaining unit. Amazon attorneys, led by former NLRB member Harry Johnson, mounted an elaborate legal defense with hours of testimony and sleek marketing videos illustrating life inside the warehouse.

While the hearing wasn’t streamed on YouTube or a similar platform, the Zoom passcode quickly circulated among interested parties and the media.

In a statement Tuesday, an Amazon spokeswoman said, “We encouraged all of our employees to vote and hope they did so.”

“Since the pandemic, the Agency has conducted numerous elections over videoconference, and portions of those counts have been open to the public upon request to the appropriate Region,” NLRB spokesman Nelson Carrasco said in a statement. “Therefore, allowing the public to observe the Amazon election is not unusual. Nevertheless, Acting General Counsel Ohr is looking at ways the Agency can better notify the public about upcoming proceedings.”

The high-profile election has some worried about ideologically motivated conspiracy theories, similar to the unfounded allegations of voter fraud in the 2020 presidential election.

“This is feeding into the big lie,” said Anne Lofaso, a former NLRB attorney and law professor at West Virginia University. “Why all of a sudden this skepticism that governments can’t run elections?”

The debate is similar to whether the Supreme Court should allow cameras, with proponents arguing for transparency and opponents saying the court would be sucked into the partisan fray, said Jeffrey Hirsch, another former NLRB attorney who teaches labor law at the University of North Carolina.

“I’m one of the people that tends to like making it more public or seeing under the hood a little bit,” Hirsch said. “I’m curious the extent to which it will change the dynamic.”

Among the unanswered questions: Will Amazon CEO Jeff Bezos be watching?

“Any time you observe something, you change it,” Lofaso said. “To me, that’s the obvious point.”