A group lobbying Senate Majority Leader and other lawmakers is working against a June 30 deadline to override restrictive rules for investor visas that are often dubbed “green cards for millionaires.”

Former President Donald Trump’s administration drove up the price of these visas, particularly for foreign investors who get them in exchange for financing luxury real estate projects in prosperous urban areas. In Schumer’s home state, Manhattan’s Hudson Yards raised at least $1.2 billion in EB-5 visa funds.

The Trump administration’s changes were made final in 2019 amid widespread industry pushback and a ramp-up in applications, which more than doubled to nearly 4,300 during the quarter in which the rules took effect late that year. After the new rules were in place, applications fell to 21 in one quarter, and 40 in the next. 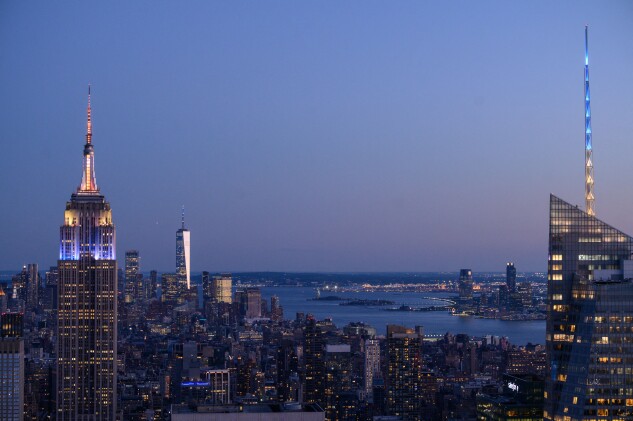 Two members of the EB-5 Investment Coalition sued the Trump administration over those rules, which the Biden administration has ratified. Now the group wants Congress to effectively roll back Trump’s rules through legislation when it reauthorizes the program.

The coalition is drawing opposition from another corner of the industry lobby that’s lining up behind a bill (S. 831) reintroduced Sens. (R-Iowa) and (D-Vt.). Their measure, in response to fraud scandals in recent years, would give U.S. Citizenship and Immigration Services more authority, seek to root out fraud, and reauthorize the visa program for five years.

Schumer (D-N.Y.), the gatekeeper to reauthorization, co-sponsored a 2019 bill (S. 2778) that would have reduced the minimum investment amounts and redefined which areas get discounts, effectively a reversal of Trump’s rules. The EB-5 Investment Coalition is banking on this language making it into some sort of vehicle to reauthorize the program, though the vehicle itself remains uncertain.

In addition to putting in a minimum amount of required funds, EB-5 investors must create at least 10 U.S. jobs. They can pool their money through regional centers—which make up about 95% of the EB-5 program—that connect them with commercial enterprises. The program has existed for decades in “pilot” format, having never been permanently authorized by Congress. It’s been particularly popular with investors from China, Vietnam, and India.

Some industry professionals say every time the EB-5 visa program is about to expire, lawmakers punt and extend it a little longer. A spokesperson for Grassley expressed skepticism about following suit this time.

“Extending the program without these reforms would be legislative malpractice,” Taylor Foy, Grassley’s communications director, said in an email. The senator’s bill is needed to address “well-documented fraud and national security vulnerabilities” and longtime calls for fixes, Foy said. “If they are not enacted by the end of the month, the program will die.”

A spokesperson for Leahy’s office deferred to the Grassley team.

EB-5 investors don’t have to spend as much money on projects in “targeted employment areas” that have high levels of unemployment. This minimum used to be $500,000, until Trump’s Homeland Security Department raised it to $900,000 in 2019.

For non-targeted areas, the Trump administration bumped the minimum amount up to $1.8 million from $1 million, widening the differential between these areas and those that offer investors a discount. Add to that a rewrite of what counts as a targeted area—taking away states’ authority to choose them in the wake of criticism that the zones had been gerrymandered—and investing in projects in places such as Manhattan and other cities grew much pricier.

The EB-5 rules have twice drawn court challenges from members of the EB-5 Investment Coalition, represented by lawyers from the firm Greenberg Traurig. Laura Reiff, co-chair of the firm’s immigration and compliance practice, is on the board of and lobbies for the EB-5 Investor Coalition.

She and other opponents of the Grassley-Leahy bill say they want more “holistic reform,” along the lines of the 2019 bill co-sponsored by Schumer, which was introduced by Sen. Mike Rounds (R-S.D.) and would change the investment minimums to $1 million for targeted areas and $1.1 million for the more affluent areas, reducing the difference between the two categories.

The EB-5 Investment Coalition supports the “integrity measures” in both of the bills, Reiff said, though the group prefers the broader bill from Rounds, which counted Sens. Lindsey Graham (R-S.C.) and John Cornyn (R-Texas) as original cosponsors.

The coalition works with Schumer’s staff, “and we talk to them daily about what needs to happen,” said Reiff, who also has lobbied Congress and the White House on the visa program for an arm of the company behind the massive Hudson Yards project.

Spokespeople and staff for Schumer’s office didn’t respond to requests for comment.

Ron Klein, a former Florida congressman who’s now a partner at Holland & Knight, said he’s confident a judge will throw out the rules in a case brought by Behring Regional Center LLC.

The best option now is to extend the program for a few months so that lawmakers can address the higher payment amounts, revise the definition of a targeted area, and deal with years-long visa backlogs, said Klein. He lobbied Congress on the program for US Immigration Fund LLC in the first three months of the year, according to a disclosure form. All three of the company’s projects that are available for investment are located in Manhattan, its website says.

“The rule itself is unreasonable and probably not very functional,” Klein said, adding that he and others have given Schumer an updated version of the 2019 Rounds bill with the lowered investment thresholds “to take a look at” and that the majority leader understands the program is “a job creator in New York.”

On the other side of the debate is Invest in the U.S.A., or IIUSA, which likewise pushed back on the Trump rules but since has decided to accept the tighter guardrails in favor of getting a five-year extension under the Grassley-Leahy bill.

“It makes it harder to operate, but it’s not impossible and it’s nothing that we are so against that we would file lawsuits and lobby against it,” said Aaron Grau, executive director of the group, which has paid Commonwealth Strategic Partners to lobby Congress on the program this year. “People will be challenged to figure out how to promote their projects and do what they need to do under these new rules.”

Carolyn Lee, IIUSA’s legislative counsel, said the EB-5 Investment Coalition may be hit harder by the higher investment minimums, and IIUSA is eager to get a long-term reauthorization while it can. While there are positive aspects of the 2019 bill from Rounds and it would be nice to have more visas, she said, “the issue is feasibility.”

“It’s foolish to wait for the sun and the stars and the moon to line up because that’s not going to happen, particularly when Congress has much much bigger fish to fry,” she said.

EB-5 Investment Coalition board member Jeff Campion, CEO of a group of regional centers known as Pathways EB-5, disputed the notion that the coalition’s members are disproportionately hurt by the Trump rules.

He and other opponents describe the Grassley-Leahy bill as government overreach. The measure, with its heightened requirements on regional centers and no changes to open the visa spigot, “will be the death knell of the program,” Campion said. “The program will just die on the vine.”

To contact the reporter on this story: in Washington at loneal@bloombergtax.com