A view of the Hard Rock Hotel construction site in New Orleans after a partial collapse in October 2019. An undocumented worker who aided the U.S. Department of Labor's investigation was later deported by the Department of Homeland Security.
Photographer: Emily Kask/AFP via Getty Images

There were two requests, but no easy answers.

The first came as the U.S. Department of Labor sued a contractor hired to paint the rooftop of the Las Vegas Raiders’ stadium, accusing the company of wage theft and retaliation. The second stemmed from a DOL investigation of a nitrogen leak at a Georgia chicken processing plant that killed six workers in January.

In each instance, DOL officials tried to pioneer a new policy by asking the Department of Homeland Security to shield undocumented workers from deportation, ensuring they could serve as witnesses against their employers.

Personnel from both departments have been discussing those cases and others involving undocumented workers throughout the Biden administration, but bureaucratic complications have kept the requests in limbo. The conversations have laid bare the government’s difficulties in navigating deportation protections for undocumented workers that DOL believes are being exploited by their employers.

The Las Vegas and Georgia actions have helped bring this cross-agency dilemma to a head, forcing the administration to reckon with the need for a formalized blueprint to reconcile interactions between federal immigration and labor laws.

On Tuesday, Homeland Security Secretary directed his department to consider showing leniency to undocumented workers in these cases. He gave agency leaders, including at U.S. Immigration and Customs Enforcement, until Dec. 11 to submit recommendations for a new policy approach to bolster federal labor investigations against businesses; the plan is to ease undocumented workers’ fears of deportation if they provide evidence against their bosses.

For the time being, however, the two departments face a troubling reality when it comes to undocumented workers filing a labor complaint with the government.

“If I am talking to a worker who is suffering from wage theft, who feels like they are stuck in forced labor, and their question to me is, ‘If I speak out, will I be deported?’ the answer to that question right now is ‘Maybe,’” said Mary Yanik, a professor at Tulane Law School, where she directs the immigrants rights clinic. “And workers need more than that.” 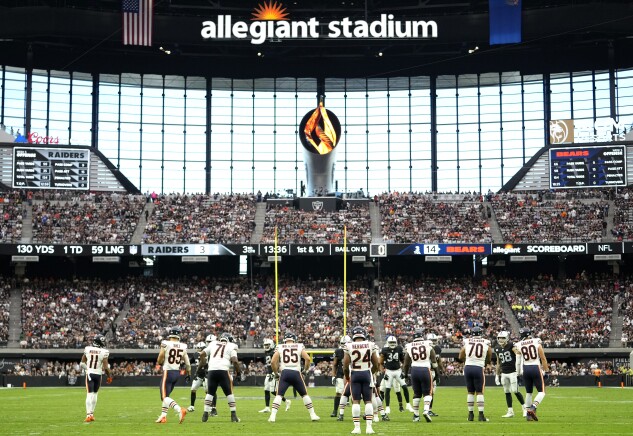 The Las Vegas Raiders line up against the Chicago Bears during a game at Allegiant Stadium in Las Vegas on Oct. 10.
Photographer: Jeff Bottari/Getty Images

A consistent framework for navigating this thorny legal space has proven elusive for at least the past three presidential administrations.

The Biden team has been picking up the pieces from an effort that began late in the Obama administration but came to an abrupt halt when former President took office.

The Trump administration’s strict emphasis on border security influenced the DOL-DHS relationship behind the scenes, offering an illustration of the challenges Biden officials now confront.

Throughout Trump’s presidency, Homeland Security officials and White House aides reporting to Trump immigration adviser Stephen Miller pressured the Department of Labor to modify a 2011 enforcement pact that covered DHS-DOL overlap in labor investigations involving undocumented workers, according to five former Trump administration officials. The Obama-era agreement established that ICE wouldn’t interfere with active investigations by raiding a worksite to apprehend undocumented workers, as is part of its mission.

Homeland Security instigated the talks, urging Labor to provide immigration agents with workers’ personal information and to transfer to DHS more authority to police worksites that are subject to DOL investigations, said the sources, who requested anonymity to discuss internal deliberations.

Homeland Security officials didn’t get their way under Trump’s first labor secretary, Alexander Acosta, but they started gaining traction under his successor, Eugene Scalia, the sources said. Ultimately, they ran out of time, as the pandemic overtook the administration’s capacity.

Yet there were still glaring signs Trump’s DOL had unofficially ceded leverage to ICE. A massive Mississippi worksite raid in 2019 led to the deportation of hundreds of poultry plant workers, colliding with a DOL wage-hour investigation.

That same year, ICE apprehended and deported a construction worker who was assisting an occupational safety investigation of the fatal collapse of the Hard Rock Hotel in New Orleans.

Immigration and workplace safety organizations pleaded with Scalia to return the worker from Honduras to his family in New Orleans. But Scalia never took action to support the witness, said Yanik, the law professor, who represents the worker in a whistleblower case pending before DOL.

After Biden’s inauguration, new political appointees were relieved to discover the 2011 cross-agency enforcement agreement—known as a “deconfliction” memo—remained on the books. The pact was modified in 2016 to include the National Labor Relations Board and U.S. Equal Employment Opportunity Commission.

The memo, which Mayorkas ordered DHS to consider updating, also permits ICE to review labor agencies’ petitions to shield immigrant workers from deportation if they serve as witnesses for a DOL investigation.

But such protection has rarely been requested, leading to inter-agency confusion about when it’s appropriate for undocumented workers to receive deferred action. The ambiguities extend to whether workers are still eligible for relief if they’re already facing deportation proceedings and what types of worker medical information must be included in the application.

“They put together the deconfliction process, but they didn’t really outline how that works,” said Shane Smith, organizing director for the International Union of Painters and Allied Trades. “So there’s no real concrete process for them to go through.”

Homeland Security attorneys have raised concerns about the potential for courts to reject new protections for undocumented workers, given several high-profile instances in which federal judges have invalidated the government’s lenience toward immigrants in other contexts, said two sources involved in the talks.

“DHS continues to work with its labor agency partners, including by considering victims and witnesses for prosecutorial discretion,” a Homeland Security spokesperson said in a statement. “DHS agencies will work to strengthen our policies and practices over the next 60 days, to better achieve the goals set forth by the Secretary, as directed in his October 12 memo.” 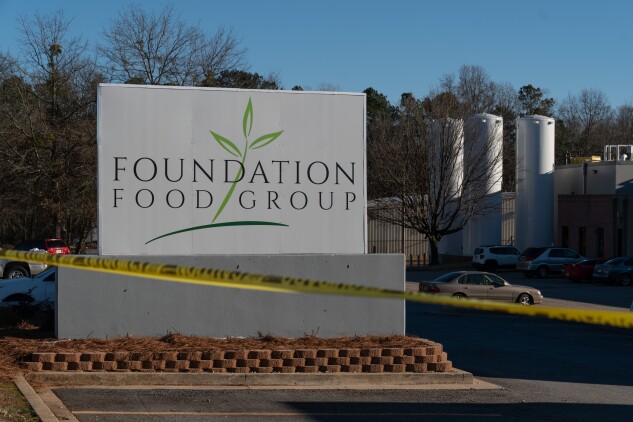 The Foundation Food Group poultry plant in Gainesville, Ga., is shown on Jan. 28, 2021, after a nitrogen leak claimed the lives of six workers.
Photographer: Elijah Nouvelage/AFP via Getty Images

The painters in Las Vegas and poultry workers who survived the workplace accident in Georgia fear they’ll get deported absent a resolution.

Federal labor prosecutors may need to call on them to provide depositions or testify in court. That’s an intimidating prospect in Gainesville, Ga., where the county sheriff’s department is deputized by ICE to apprehend undocumented workers.

As inspectors for DOL’s Occupational Safety and Health Administration continue to collect more evidence about who’s to blame for the accident, Maria del Rosario Palacios, executive director of a worker assistance organization known as GA Familias Unidas, said she’s waiting to hear back from DHS about deportation relief applications that her group filed on behalf of several undocumented workers.

All of those workers, she said, have evidence to aid the safety investigation into the poultry plant’s operator, Foundation Food Group Inc., and affiliated companies. OSHA has hit the company with hefty fines for a series of alleged violations.

Dane Steffenson, an attorney for Foundation Food, said the company uses the e-verify system to check all workers’ employment eligibility, and that the company “doesn’t believe that any employees should be retaliated against.”

Stepping forward is equally daunting for the workers in Las Vegas, where a federal judge already issued an order to stop the company’s owner from illegally threatening workers about their immigration status if they cooperate with DOL investigators.

Labor Secretary recently visited with workers at the Arriba Las Vegas Worker Center, which has been supporting the painters. Arriba tweeted a video of Walsh highlighting the need to “respect all workers in America, regardless of their status.”

Walsh has been having private conversations with Mayorkas about mapping out a potential application process for undocumented workers nationwide to report employers who violate federal law, said two sources briefed on the matter.

Rosario Ortiz, a former painter with the Las Vegas contractor, Unforgettable Coatings, has been speaking with DOL wage-hour investigators, who accuse the company of denying workers overtime pay.

He’s been trying to convince more colleagues to join him as witnesses—an effort Ortiz alleges got him fired last year. Company representatives didn’t respond to email and phone requests for comment.

Ortiz, speaking through an English translator, said he’s not sure he’ll feel secure testifying unless DHS, an agency that his community has long feared, provides some assurances.

“We’re watching right now to see if the Department of Homeland Security is going to help facilitate our efforts,” Ortiz said, “or if they’re still going to put up roadblocks.”